President Donald Trump and Chinese Vice Premier Liu He applaud before signing a trade agreement between the U.S. and China in the White House on Jan.15, 2020.
Saul Loeb—AFP/Getty Images
By Bloomberg

Top Chinese and U.S. trade negotiators will speak as soon as next week on progress in implementing a phase-one deal after President Donald Trump threatened to “terminate” the agreement if Beijing wasn’t adhering to the terms.

Chinese Vice Premier Liu He will be on the call, according to people familiar with the matter. The U.S. will be represented by Robert Lighthizer, one of the people said.

The planned phone call will be the first time Liu and Lighthizer speak officially about the agreement since it was signed in January, just before the global coronavirus pandemic hit the world’s two biggest economies and upended global supply chains. The deal called for Liu and Lighthizer to meet every six months, making next week’s call slightly ahead of schedule.

Trump also seemed to suggest a development was on the horizon when he told reporters at the White House on Wednesday that he’d be able to report in the next week or two if he’s happy with how the trade deal is progressing.

On Sunday, in response to a question at a town hall from a business owner who said he was losing money on the tariffs, Trump noted that the duties prompted China to promise to buy $250 billion worth of U.S. goods.

“Now they have to buy,” the president said. “And if they don’t buy, we’ll terminate the deal, very simple.”

According to the text of the agreement signed earlier this year, China has agreed to buy an additional $200 billion in U.S. goods and services over two years compared with 2017’s level.

The purchases so far have been behind the pace needed to reach the target of the first year’s $76.7 billion increase, as imports from the U.S. declined by 5.9% in the first four months of 2020 from a year ago due to the coronavirus outbreak. Given that the imports in 2019 were smaller than 2017, the pressure to catch up is mounting.

Beijing plans to show the U.S. it is sincerely working to fulfill its commitments despite the virus causing delays to some targets, one of the people said. For example, some measures that boost enforcement of intellectual property protection need to be approved by the annual National People’s Congress, which was postponed from March to later this month.

Relations between the U.S. and China have deteriorated further since America became one of the countries hardest hit by the coronavirus. Trump has blamed China for misleading the world about the scale and risk of the disease, and even threatened more tariffs as punishment. China’s foreign ministry has in turn accused some U.S. officials of trying “to shift their own responsibility for their poor handling of the epidemic to others.” 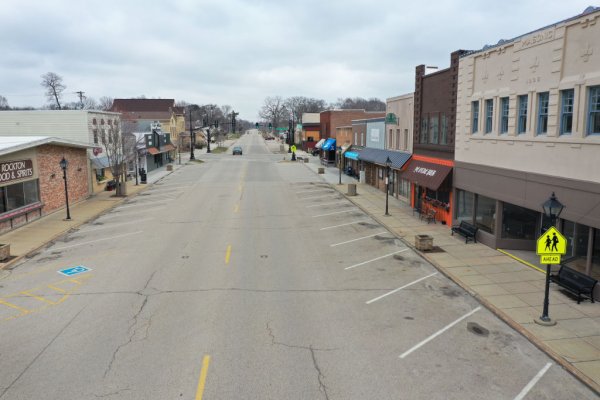 Most U.S. Cities Can't Get Coronavirus Aid
Next Up: Editor's Pick