The semi-autonomous Chinese city revealed the unprecedented bust worth about $1.1 million Tuesday. According to the customs department, the fins were uncovered in two shipments from Ecuador that arrived in late April and earlier this month.

The two seizures are more than double the 12 metric tons of shark fins that were uncovered in 2019, according to assistant superintendent Danny Cheung Kwok-yin of the Customs and Excise Department’s marine enforcement group.

“The situation shows an increasing trend,” Cheung said in a televised press conference.

Most of the fins came from thresher and silky sharks, both of which are endangered.

The global wildlife trade has come under the spotlight amid the coronavirus pandemic, which is believed to have originated in a live animal market in China’s central city of Wuhan. In February, China moved to ban the country’s lucrative wildlife trade, but reports have emerged that some markets have reopened.

While selling and consuming shark fins is not illegal in Hong Kong, it is regulated and requires a license. Importing an endangered species without a license is punishable by up to 10 years in jail and a HK$10 million (US$1.3 million) fine, officials said at the press conference.

Hong Kong is the world’s largest hub for shark fins, accounting for about half of global trade, according to the Hong Kong Shark Foundation.

Shark fin has long been a fine-dining staple in local cuisine. It is often served at wedding banquets and at large gatherings as a symbol of wealth and festivity. It is commonly found on menus at high-end restaurants and hotels.

But in recent years, the food and beverage industry has faced rising pressure from advocacy groups to remove shark fins from the menu due to the cruelty of the trade. According to conservation group Humane Society International, the practice involves cutting off a shark’s fin often while the shark is still alive, and then dumping the fish back into the sea.

Anthony Lee, Divisions Commander of Hong Kong’s customs department’s Port Control Group, said some of the recovered shark fin could have been headed for overseas, where there is appetite for the delicacy.

“Other Southeast Asian countries also have this demand,” Lee said. “We don’t rule out that after the shark fin is imported into Hong Kong, that they will be transit to other countries.”

A 57-year-old man was been arrested in connection to the recent seizures. 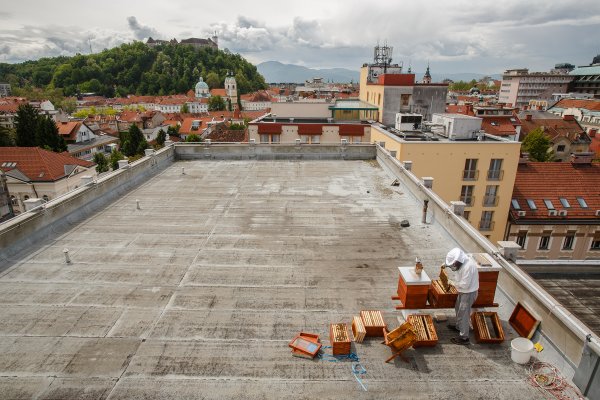 Meet the Bee Whisperers of Slovenia
Next Up: Editor's Pick