'You Feel Trapped and Overwhelmed': Mothers Understood Isolation Before the Pandemic

Claire, with River and Anouk, in the bedroom
Lisa Sorgini
By Belinda Luscombe | Photographs by Lisa Sorgini

Confinement, isolation, remaining homebound: these are not new experiences for mothers. A baby’s many needs are a legion of tender leashes, tethering a mother to a child who needs her body to be fed and soothed and cleaned. There was time when the period right after a woman gave birth was known as her confinement. The phrase has fallen out of usage, but in the photographs of Lisa Sorgini, we see that vestiges of the condition remain.

The “Behind Glass” series of photos grew out of necessity—Sorgini’s usual commercial photography shoots required travel—but also out of a recognition of the overlap between the limitations imposed by the shelter-in-place regulations and by motherhood. “This was a series born of the lockdown,” she says, but also of a desire to explore the process of becoming a mother, sometimes known as matrescence. “Adolescence is so celebrated; matrescence not so much,” she says. “It’s remarkable because the changes are often bigger. It’s an initiation of sorts that our society doesn’t seem to embrace.”

For this photo essay, Sorgini took photographs of mothers through the windows of their homes on the Australian coast about 500 miles (800 kms) north of Sydney. To keep everyone safe and socially distant, she never actually met many of the mothers she was photographing. She found them through friends and on social media, and only communicated with them via text or email to set up a time and then after she arrived at their houses, on the phone. She walked around their properties until she found a window through which to capture her images.

The windows act as a framing device, but also as a barrier. The barriers keep the women in but also hold in, in the same way an aquarium holds in water, what Sorgini calls the “enormous and messy emotions” of looking after children. She has never felt love like that she feels for her sons Ari and Elio, ages 5 years old and 7 months. “But mixed in with all the love is the loss of an identity,” she says. “There’s despair. You feel trapped and overwhelmed.” Mothers often feel completely alone, but at the same also crave alone time; they long for their children but can feel smothered by them.

Not all the families Sorgini photographed were living in bliss. She could feel the tension of cooped-up teenagers and the weariness of mothers with children they had to homeschool. Because her locale is tropical and quite remote, many of them were dressed lightly. “I wanted them to be comfortable and wearing something they’d wear at home,” she says. But she also loves the iridescence of skin. “Clothing is a distraction. Skin offers vulnerability.”

Mia, with Ziggy and Koa, in the dining room
Lisa Sorgini
Abi and Marigold in the kitchen
Lisa Sorgini

Sorgini, 39, moved back to South Golden Beach not far from where she grew up near Byron Bay, arguably Australia’s most famous high-end resort town and alternative-lifestyle mecca, four years ago, when her father-in-law got sick, after making her career as a photographer in Melbourne, doing portraiture and more recently landscapes.

Then her mother, with whom she had a strained relationship as a teenager, also fell ill, just after the birth of her first son. “The transition of me becoming a mother and losing my mother in the same year brought to light the intensity of the relationship,” she says. She now believes that heightened emotion has changed the way she works. “This is a very raw stage,” she says. “I know my eye will be different.”

Left: Holly, with Della and Posey, in the living room; Right: Steph and Percy in the bathroom
Lisa Sorgini

The women look out at a world they cannot completely participate in, but they are not prisoners. Like so much of the planet, they have chosen to hem in their lives for a while, partly for the sake of others. Sorgini’s photos capture this dual state, of hope and yearning for more, as well as of a deeply felt desire to be exactly where they are.

Sorgini's self-portrait, taken with Ari and Elio, in the bedroom
Lisa Sorgini
Subscribe to TIME 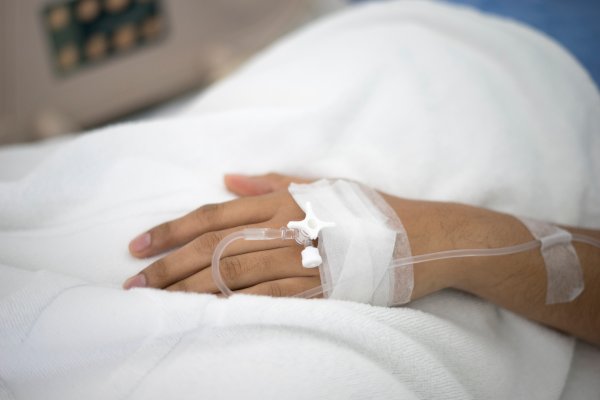 Inherent Flaws in COVID-19 Testing Mean Some of Those Infected Don't Get the Treatment They Need
Next Up: Editor's Pick