The Trump administration was sued over a provision in the coronavirus relief package that bars U.S.-citizen children of undocumented immigrants from getting stimulus payments.

A group of seven children and their parents claim the law violates the children’s constitutional rights. The Trump administration also is being sued by citizens denied virus aid because they are married to undocumented immigrants.

The $2 trillion Cares Act, approved by Congress in March, provides $1,200 payments to U.S. taxpayers who earn as much as $75,000 — plus $500 for each child. But to be eligible, both spouses in families that file joint tax returns must have Social Security numbers, which are unavailable to the childrens’ parents, according to the complaint filed Tuesday in federal court in Greenbelt, Maryland, against the U.S. government and Treasury Secretary Steven Mnuchin.

“The refusal to distribute this benefit to U.S. citizen children undermines the Cares Act’s goal of providing assistance to Americans in need, frustrates the act’s efforts to jumpstart the economy, and punishes citizen children for their parents’ status — punishment that is particularly nonsensical given that undocumented immigrants, collectively, pay billions of dollars each year in taxes,” according to the complaint.

The children, who are identified only by their initials, are seeking to represent a class of millions of other kids who are U.S. citizens and have parents who are unable to get the $500 payments because one or both of them is undocumented.

The White House and Treasury didn’t immediately respond to requests for comment. 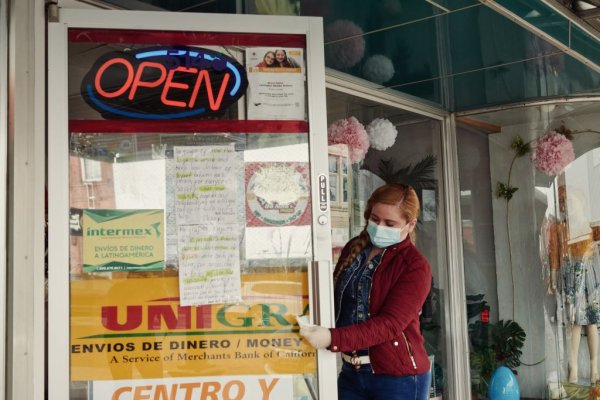 Rural America Is at Risk as COVID-19 Is About to Hit
Next Up: Editor's Pick