Taoiseach Leo Varadkar watches children from the Choctaw Nation child Development center at the Choctaw tribal council in the Main Hall in Oaklahoma on day two of his week long visit to the United States of America.
Niall Carson—Getty
By Mélissa Godin

A Native American community severely impacted by the COVID-19 outbreak has received an outpour of donations from Irish people, who are returning a historic favor from 173 years ago.

In 1847, the Native American Choctaw nation sent $170 ($5000 today) of relief aid to the Irish people impacted by the great potato famine. Now, the Irish are reciprocating the act of goodwill by donating funds to the Navajo nation, which has been severely impacted by COVID-19, with at least 2373 cases and 73 death as of May 3.

The Navajo nation has one of the highest infection rates per capita in the United States. It reported its first two cases on March 17 and since, the number of cases has continued to rise. Up to 40% of people living in the nation do not have access to running water in their homes and 10% do not have electricity. A GoFundMe campaign raising funds for bulk food and medical supplies has already reached $1,769,300, thanks in large part to Irish donors.

“From an Irish brother to our native American brothers,” writes donor James Fallon on the campaign page. “Karma always comes back around.”

The Irish people never forgot this act of generosity. In 2017, a sculpture of nine eagles feathers called Kindred Spirits was unveiled in Bailick Park in Midlton, County Cork, Ireland. The following year, Irish Prime Minister Leo Varadkar announced a scholarship program for Choctaw youth, calling the relationship between the two communities “a sacred bond…which has joined our peoples together for all time.” He added, “your act of kindness has never been, and never will be, forgotten in Ireland.” 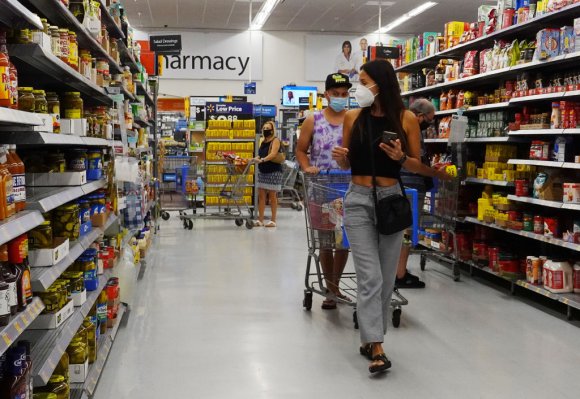 The CDC’s Abrupt Change to Mask Guidelines Puts People at Risk
Next Up: Editor's Pick