What the History of Polio Can Teach Us About COVID-19

Think all this stuff about injecting disinfectant or introducing ultraviolet light into the body to battle coronavirus is a lot of crazy talk? What about preventing the disease by hanging mothballs around your neck? How about blaming it on flies or bed bugs or street dust or even cornflakes?

Think hyping a malaria drug like hydroxychloroquine to battle a disease it was not meant to battle seems ill-thought-through? What about promoting a paste made of wintergreen, Russian thyme, and the oils of rosemary, cajeput and wood, which you rub on your skin?

And you think sheltering in place in your climate-controlled, wifi-streaming, cable-equipped home seems tough? Try doing it in a blistering summer before there was any air conditioning or internet, or even television. Try it with the Board of Health patrolling the neighborhood ready to take away the sick—children and babies all—and send them to a quarantine hospital if the social distancing rules in a house where someone stricken with the disease were not being obeyed.

As Mark Twain is said to have said, history does not repeat itself, but it often rhymes, and if that’s so, the two epidemics, 104 year apart, are forming a tidy couplet. New York and other cities shut down then as they have shut down now. In the first week of July 1916 alone, 552 children in New York’s five boroughs were stricken with polio, and more than 1,000 the second week. Even before that feverish fortnight, the city health commissioner, Haven Emerson—the great-nephew of the celebrated poet Ralph Waldo Emerson—made it his business to keep New Yorkers apart. Children under 16 were not permitted in crowded public places, including movie theaters. Open air movies, a favorite summer attraction, were forbidden. Fourth of July celebrations were canceled.

Mothers strictly enforced social distancing rules, keeping their babies and children away from other babies and children. While a brisk walk in a public park might have been seen as good for a child’s constitution, especially early in the morning if other children were not there yet, mothers learned to stay away. Friendly looking nurses from the Board of Health were stationed at the playgrounds, offering free milk and blocks of ice to keep it fresh—never easy to come by in the summertime heat—and it was hard to resist them. But on the way to the ice and milk stand, the nurses were eyeballing babies for signs of flushness or fever that could suggest the first signs of polio that the mothers might have missed. That could earn a baby a trip to a quarantine hospital too.

As COVID-19 seems to be, polio was—and remains—a seasonal disease, though the poliovirus prefers the hot months and SARS-CoV-2, which causes COVID-19, is at least thought to prefer the cool ones. That makes the push for a vaccine a cyclical one—a race against a viral time bomb set to go off year after year in selected season after selected season.

While the clamor for a vaccine was loud after the polio epidemic of 1916, the wait was a long one, measured in generations. It was not until the summer of 1935 that there was hope, in the form of two great field trials: one by Dr. Maurice Brodie and Dr. William Park of the New York Department of Health; and one by Dr. John Kolmer of Temple University in Philadelphia.

In Kolmer’s case, the preventive involved mixing the poliovirus with a mildly toxic solution of sodium ricinoleate, which would not kill the virus, but would weaken it enough so that it wouldn’t actually cause symptoms, while still provoking an immune response in the body, so that the immune system would stand ready for any future exposure. In the case of Park and Brodie, the technique involved infecting monkeys with polio, killing the animals after they got sick, extracting tissue from their virus-ravaged spinal cords, mashing it to a pulp, and exposing it to formalin—a 31% dilution of formaldehyde. That would kill the virus, but preserve its molecular shape, similarly causing the body to recognize the poliovirus and thus confer immunity.

Nine thousand children were injected with the Park-Brodie vaccine that summer, and 10,000 with Kolmer’s version. Both were disasters—in some cases causing the very polio they were intended to prevent; in others leading to body-wide infections and inflammations. Of the 12 children who developed polio as a result of the trials, six died. In November, Kolmer and Brodie were summoned to the annual meeting of the Southern branch of the American Public Health Association in St. Louis for a public shaming delivered in twin reports on both failed vaccines. One of the reports ended with the damning conclusion that Kolmer might as well be guilty of murder.

“Gentlemen,” Kolmer said when he rose in response, “this is one time I wish the floor would open up and swallow me.”

It would be another 20 years, until 1955, before Dr. Jonas Salk would successfully develop an injectable, killed-virus vaccine. That meant 39 years between the great polio epidemic of 1916 and the moment when science would at last have its way with the poliovirus.

Americans in lockdown now might seem almost spoiled to be chafing at being told to wait a year to 18 months before a vaccine against SARS-CoV-2 becomes available (though some, more optimistic projections suggest that the breakthrough could come as early as January). But as science changes, expectations, in fairness, do too. We can now make vaccines from mere fragments of viruses, whose genomes have been sequenced in ways the Salks and Kolmers and Brodies could not even have imagined. And that means we can make—and expect and, for better or worse, demand—them faster, too.

Still, some things remain the same even over the generations. Americans separated by epidemics more than a century apart share the same fear, the same worry, the same loneliness in lockdown and the same grief at loved ones lost. Diseases don’t change their character and human beings don’t much either. But science—science presses ahead, and in our impatient 21st century, that’s something for which we should be deeply grateful.

Portions of this essay were adapted from the author’s book, Splendid Solution: Jonas Salk and the Conquest of Polio 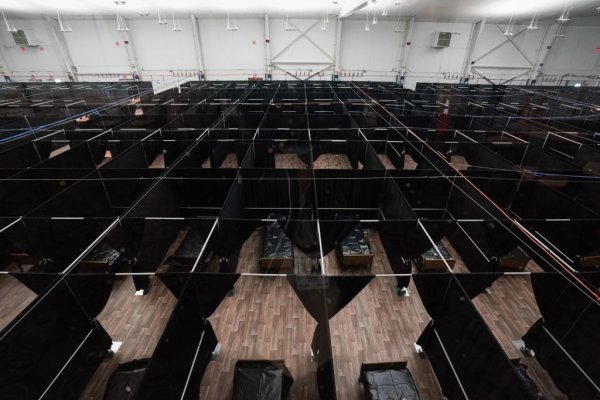