A California city planning commissioner has been removed from his office after posting on social media that COVID-19 should be permitted to spread and possibly infect people who are elderly, mentally ill, homeless or others he said are “drains on our resources.”

The city council for Antioch, Calif., unanimously voted on Friday during a special council meeting to remove city Planning Commission Chair Kenneth Turnage II in response to a pointed Facebook post the commissioner wrote on April 23. The council members sharply criticized Turnage’s statements and cited a public outcry for the need to address them. Council Member Lori Ogorchock said that she found Turnage’s comments to be “very insensitive and callous, especially towards the elderly” and that she had heard concerns about them from older residents.

In Turnage’s statement, which was re-posted by East County Today, he called for an end to “stay at home” orders, which are intended to curb the spread of the coronavirus, and to “let nature run its course”. Turnage compared the virus to a forest fire, which will destroy part of the forest “that drain the resources of the forest and [cause] it to be unhealthy.” Turnage said that while many elderly people would be lost to the virus, “that would reduce burdens in our defunct Social Security System, health care cost (once the wave subsided), make jobs available for others and it would also free up housing in which we are in dire need of.”

“This would run rampant through [the homeless] and yes I am sorry but this would fix what is a significant burden on our society and resources that can be used,” Turnage concluded, “In my opinion we need to adapt a herd mentality. A herd gathers it ranks, it allows the sick, the old, the injured to meet its natural course in nature.”

Turnage defended his comments during the special council meeting as free speech “intended to spark a debate.” He argued that there is a scientific basis for the principal of ecological balance and accused council members of engaging in “race-bating,” and of violating his First Amendment rights.

“My personal opinion had nothing to do with the city, or my position on the planning commission. So to try to somehow link them or create a nexus to further your political agendas is shameful,” Turnage said. He said that he was sorry that he could have chosen different “analogies.”

City Attorney Thomas Lloyd Smith, who had recommended that the city remove Turnage, said that the question at hand was not Turnage’s First Amendment rights, but “the reaction and the impact that this speech has had on the residents of Antioch and the confidence and the trust in the government.” Smith noted that because Turnage is an appointed official, not an elected one, it is the responsibility of the city council to hold him accountable.

During the public comment period of the meeting, multiple members of the public expressed concern that Turnage had sullied Antioch’s reputation and had expressed a lack of empathy for the elderly, homeless and mentally ill. One member of the public described Turnage’s worldview as “sociopathic” and “Nazi-like,” especially because his position is responsible for helping to provide seniors with housing.

Others have expressed concern that Turnage is being silenced. Mike Burkholder, publisher of East County Today, defended Turnage in an opinion piece, while acknowledged Turnage is a friend of his.

Turnage did not immediately respond to a request from TIME for comment. 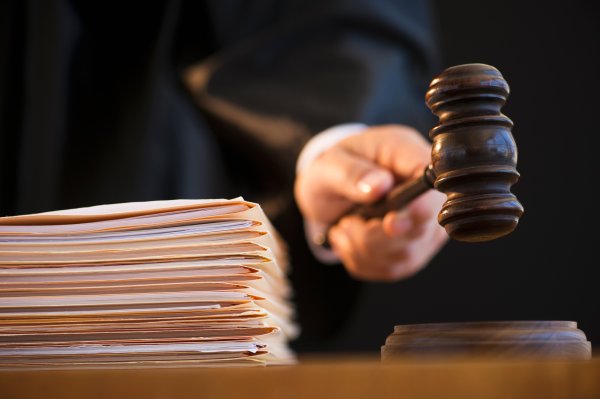 Doctor Selling 'Cure' for COVID-19 Charged
Next Up: Editor's Pick