'It Looked Like a Tropical Paradise.' Florida Man Arrested for Quarantining on a Private Disney Island

A man who decided to self-isolate on a private Disney Island in Florida was arrested for trespassing on Thursday.

The Orange County Sheriff’s office said in an arrest record obtained by TIME that Richard McGuire told authorities he arrived on Disney’s Discovery Island “to go camping on Monday or Tuesday and had planned on staying on the island for approximately one week.” McGuire, 42, said he was unaware that the island was a restricted area despite the presence of several “no trespassing signs” and “that it looked like a tropical paradise,” the sheriff’s office said.

An officer from the sheriff’s department arrived to find McGuire on a small boat being helped back to shore by staff from Walt Disney World. He said in an arrest affidavit that he told McGuire that “numerous deputies had been searching the island for him on foot, boat and by air” and that McGuire replied saying, “he did not see or hear them due to being asleep in one of the buildings on the island.”

Earlier on Thursday, Orange County deputies made announcements on a public address system telling McGuire that “he was not he was not allowed to be on (the) property and needed to exit the island,” the affidavit said, adding that, “during this time (McGuire) remained on the island and did not exit.”

Disney’s private Discovery Island was previously called Treasure Island and used to be known for hosting animal and fauna attractions, including a wide species of exotic birds. That zoological park closed to the public in 1999, according to the Associated Press. 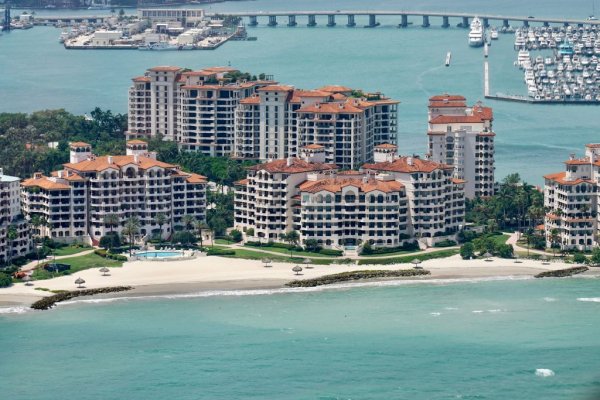 Wealthy Florida Island Qualified for $2 Million in Stimulus Funds
Next Up: Editor's Pick