COVID-19 Meat Shortages Could Last for Months. Here's What to Know Before Your Next Grocery Shopping Trip

This was supposed to be a big year for America’s meat industry. As recently as late February, a USDA livestock analyst predicted record-setting red meat and poultry production as economic growth and low unemployment boosted demand for animal protein.

Then came COVID-19. By the end of April, the pandemic changed the economic and agricultural landscape so drastically that Tyson Foods, one of America’s biggest meat producers, warned in a full-page New York Times ad that the “food supply chain is breaking.”

America’s farms are still packed with animals raised for meat production. The problem is that the virus has made it increasingly hard to turn those animals into store-ready packs of pork chops or ground beef. That’s because Tyson and many other meat processing companies across the country have paused operations at a number of plants where workers have tested positive for COVID-19. According to the USDA’s weekly report from April 27, beef production was down nearly 25% year-over-year, while and pork production was down 15%.

In an effort to curb the problem, President Donald Trump signed an executive order on April 28 aiming to keep meat processing plants in operation. But many say Trump’s order will be unlikely to eliminate the threat that COVID-19 poses to American meat processors, and, by extension, the food supply. It’s hard, after all, to protect workers from a highly contagious virus in the frequently tight quarters of a processing plant. At least 20 meatpackers have already died from COVID-19, and more than 5,000 have been hospitalized or are showing symptoms, according to labor union United Food and Commercial Workers.

Still, experts warn that shoppers should prepare for meat to be more expensive, less varied and harder to find over the coming weeks and even months. Here’s what you need to know before your next trip to the grocery store.

Are there meat shortages? How long will the shortages last?

In the coming weeks, grocery stores may have a smaller variety of meat, and less meat overall.

Glynn Tonsor, a professor at Kansas State University’s department of agricultural economics, says that whether or not you find meat on your next shopping trip could come down to timing — whether “you come in five minutes after the truck was unloaded, so to speak, versus 12 hours after it was unloaded,” he says.

Tonsor thinks the problem will start to improve by June as meat processing plants find ways to operate in a COVID-19 world.

But some meat supply issues could linger for a year or more, warns David Anderson, professor and extension economist in the Department of Agricultural Economics at Texas A&M University. That’s because meat processing facilities could struggle to keep production lines moving as workers get sick.

Most likely. We could see higher meat prices for at least the rest of the year, Anderson says.

“In terms of the animals produced, we’ve got ample supplies, huge supplies,” he says. “The bottleneck is in packing and processing. What that means is higher prices for consumers.”

Tonsor says some customers may find themselves spending more of their grocery budget than usual on meat, or they may find it too expensive altogether.

But some stores, he says, may choose not to pass on the higher costs to consumers, in order to incentivize them to come and spend money on other goods. They could also phase-in price increases to soften the blow over time.

Still, some consumers will likely be forced into exploring alternative cheaper protein sources, like beans or tofu, especially as millions of Americans find themselves out of work amid the wider economic slowdown.

The most popular meat products, like ground beef and bacon, are especially likely to rise in price, says Tonsor. But the price of less popular items, like tongue, may not rise as much.

Items that go through special steps (like flavoring) or products that are handled in dedicated facilities (like organic or grass-fed meats) may be more vulnerable to price hikes as well, he says.

Also: get your own spices and rubs ready. “I expect flavored wings to be harder to get your hands on regularly than plain, boneless chicken breast,” Tonsor says.

While President Trump’s executive order is aimed at motivating meat processing plants to stay in operation, whether or not that’s actually possible will come down to workers, not management. If workers fall ill or are concerned enough for their own safety that they choose not to return, it won’t matter if plants re-open or not.

“These are skilled jobs,” says Tonsor. “You can’t just overnight replace worker A with worker B.”

That workers could be eligible for the enhanced unemployment insurance passed amid the COVID-19 crisis could also factor into their thinking, says Dermot Hayes, pioneer chair in agribusiness at Iowa State University.

“Nobody knows how the workers are going to respond to a request to come back to work. Until somebody tries to reopen a plant and get that to happen, we really can’t say,” says Hayes. “There will be a tension between the owners of the plants who want to operate, and the workers who want to be on redundancy.”

Why has this order been put in place?

“I think this announcement just reaffirms how important a well-functioning, flowing meat and livestock system is in America,” says Tonsor. He points out that meat helps fuel the market for feed crops, bolsters rural banks, and, through property taxes, funds programs like K-through-12 education.

Meat also has major symbolic value with many Americans, says Joshua Specht, the author of Red Meat Republic: A Hoof-to-Table History of How Beef Changed America and a visiting assistant professor of history at the University of Notre Dame. Its rarity or absence, he says, would send yet another signal that COVID-19 is upending life as we have known it.

“If things that we rely on as staples — even if they’re not strictly necessary for survival, like meat — if we don’t have access to that, people will be very upset,” says Specht. “If there are shortages, they’ll resonate. In terms of the executive order, what that’s basically a recognition of is that this is the kind of thing that could have serious political consequences. And if you want to convince the public that the pandemic is under control, you don’t want them having some sort of thing they experience very directly.”

Specht says that he’s concerned to see mounting political pressure to reopen meat processing plants alongside reports of workers falling sick and dying. Such workers often have little political power, limited access to health care and similar services, and often need to keep working to stay afloat financially, he says. But he adds that there could be reasonably safe ways to keep virus-stricken plants in at least partial operation.

“If we spread [workers] out more, your options are lower line speed — and that means lower production — or pushing the workers that remain harder and harder,” he says. “And so that’s another way that there aren’t easy answers here. Something is going to have to give in that system.” 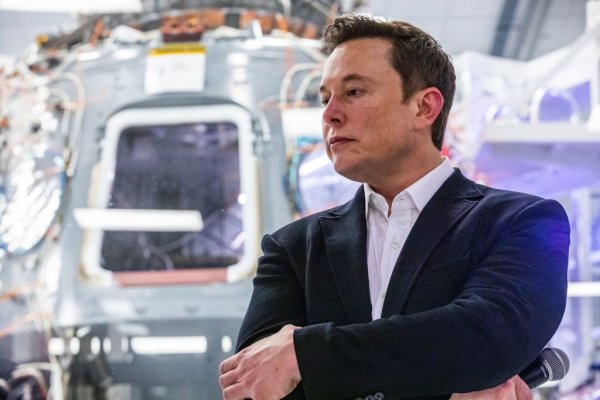