Which major country now faces the world’s worst political mess? Which head of state finds himself in deepest trouble? There’s a good case to be made for Brazil and its President.

It’s easy to think of Jair Bolsonaro as just another of the world’s antiestablishment firebrands now grappling with the realities of governing, but he is more colorful and combative than most. His taste for a fight helped distinguish him within a large field of candidates during his country’s 2018 presidential election, but now he finds himself forced into a corner.

Bolsonaro’s first political problem is that he has few reliable allies in Brazil’s Congress. He leads a party new to power that often lacks a coherent agenda, and as a self-described corruption fighter, he has refused to make the cozy deals with lawmakers of other parties designed to advance his plans. His verbal attacks on minorities, homosexuals and women have stiffened the spines of his enemies. He has angered environmentalists at home and many governments abroad with policies that enable large-scale deforestation in the Amazon.

There are further controversies taking a toll on the President’s political standing. First, there is his management of the coronavirus crisis. Bolsonaro, fearful for the health of Brazil’s fragile economy, bitterly attacked regional governors for imposing lockdowns, personally joined in protests against social distancing and fired his popular Health Minister, who had urged a more aggressive strategy to contain the virus. Despite a slow rate of testing, Brazil now leads Latin America both in confirmed COVID-19 cases and in deaths in absolute terms–with more per capita than some of its smaller neighbors.

Bolsonaro’s latest problem: corruption accusations from the country’s most credible source. Former judge Sérgio Moro led investigations that forced the imprisonment of former President Luiz Inácio Lula da Silva and the impeachment of his successor, Dilma Rousseff. It was Moro who then gave Bolsonaro added crime-fighting bona fides by joining his government as Justice Minister. But Moro resigned in April after Bolsonaro fired the head of Brazil’s federal police, who was leading investigations into the President’s sons for alleged kickback schemes and promotion of the spread of misinformation. Moro didn’t just resign. He announced his departure with a 40-minute speech in which he accused the President of political interference in police work. Bolsonaro responded by calling Moro a liar. The name-calling has continued, and doubts about the President’s future have deepened.

Now, in the middle of its fight with coronavirus, Brazil finds itself again in political crisis. Of the six Presidents who preceded Bolsonaro, two were impeached and another went to prison. Bolsonaro isn’t yet facing those dangers.

The respite may be temporary. The health crisis will get worse. Regional governors have ordered local lockdowns, yet the number of those infected and the stresses on Brazil’s health system continue to grow. Given his aggressive public stance, the President will not escape blame if the public believes his policies have cost lives.

Finally, serious economic fallout is inevitable. Brazil’s economy was already suffering the loss of demand for its commodities from a slowing China, and the collapse of global oil prices made matters far worse. Economists at global bank Citi are now forecasting for 2020 Brazil’s “worst annual contraction ever.” 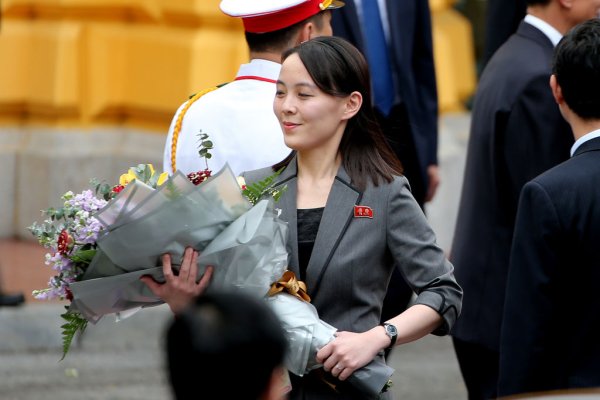 Kim Yo-Jong's Links to Secretive Office
Next Up: Editor's Pick