Republicans Don't Want America to Give Up Control of Web Addresses

House Republicans advanced legislation Thursday that they say will keep the Internet open and free from government censorship. Every Democrat on the panel considering the measure opposed it in service, they say, of the same goal.

At issue is a question with profound implications for the future of global communications that delves into the deepest bowels of the Internet, and a version of the age-old question: Who guards the guards?

“We can’t let the Internet turn into another Russian land grab,” Rep. Marsha Blackburn (R-Tenn.), one of the bill’s co-sponsor’s, said in a statement announcing the so-called DOTCOM Act. “America shouldn’t surrender its leadership on the world stage to a ‘multistakeholder model’ that’s controlled by foreign governments.”

The “domain name system” is sort of like the phone book for the Internet—it’s the tool your computer used to convert the URL “Time.com” into the unique code of numbers and letters that are the actual address for this website—and it has historically been owned by the United States but administered through the international nonprofit ICANN. The Domain Openness Through Continued Oversight Matters Act (a name excruciatingly eked out of the DOTCOM Act acronym) would, if passed into law, prevent the Obama Administration from going through with its plan to permanently turn control of the Internet’s domain name system over to an international authority comprised of various Internet stakeholders. Under the DOTCOM Act, that handover would be delayed at least until the completion of a government study into the implications of such a move.

After rejecting four Democratic amendments that would have weakened the bill, Republicans in a House subcommittee on technology advanced it to the full House Energy and Commerce Committee for consideration.

“We know what China has done to silence dissent,” subcommittee chairman Rep. Greg Walden (R-Ore.) said during Thursday’s hearing. “These threats are real.”

In the past, governments with a history of Internet censorship—think China and Russia—have tried to use the International Telecommunications Union, a United Nations body, to elbow their way in to governance of the Internet. But the domain name system has historically been administered through ICANN, which ultimately derived its authority from the government of the United States, and the buck stopped there. Under the Commerce Department’s plan, that would change.

Democrats contend that the Commerce Department won’t relinquish control over the domain name system until the international body that will assume control can prove it will use that power wisely. Raising the possibility that the Internet could come under the control of Vladimir Putin, they say, amounts to scaremongering.

“There is no plan to turn the Internet over to rogue governments,” the subcommittee’s ranking Democrat Rep. Anna Eshoo (Calif.) said. “It is not a conspiracy or a digital black helicopter.”

A number of prominent human rights organizations, including Freedom House, Human Rights Watch and the New America Foundation come out publicly against the DOTCOM Act, arguing that the bill undermines America’s moral authority by lending credibility to authoritarian regimes that point to American oversight of the domain name system as proof that the U.S. isn’t as free as it claims to be.

“We share the DOTCOM Act sponsors’ goal of a free and open Internet,” New America Foundation Policy Director Kevin Bankston said, “but the bill actually threatens that goal and plays into the hands of those who want to use the Internet as an instrument of political control rather than preserve it as a global platform for free expression.” 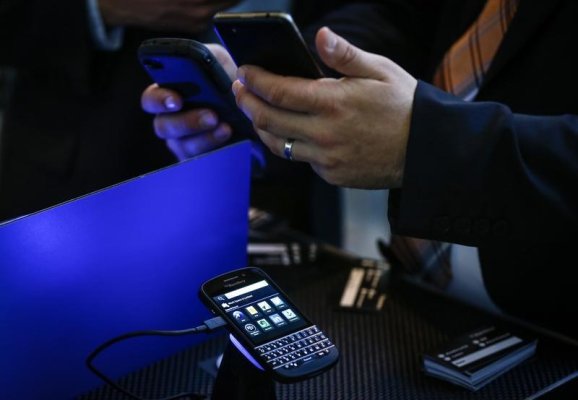 BlackBerry May Ditch Those Handsets Nobody Wants
Next Up: Editor's Pick