The coronavirus doesn’t last as long on door handles and other nonporous surfaces when it’s exposed to sunlight, higher temperatures and humidity, according to a U.S. government study.

“The virus is dying at a much more rapid pace” from exposure to humidity or heat, Bill Bryan, an undersecretary at the Homeland Security Department, said at a White House news conference Thursday.

President Donald Trump has previously expressed interest in whether summer weather would end the outbreak of the virus, suggesting in February that warmer spring temperatures could eliminate cases by this month.

Bryan suggested the new U.S. research offered practical tips for many Americans, including “increasing the temperature and humidity for potentially contaminated indoor spaces” in order to kill the virus on surfaces. At a temperature of 70 to 75 degrees Fahrenheit and 80% humidity in the summer sun, for example, the research showed the virus would last just two minutes on a porous surface. Dry environments Bryan said, may require “extra care.”

Trump appeared intrigued by the research after Bryan’s presentation.

“Suppose we hit the body with a tremendous ultraviolet or just very powerful light,” Trump said, following Bryan’s presentation. “I think that hasn’t been checked but you’re going to test it.”

Researchers could also bring “the light inside the body” Trump said, “either through the skin or in some other way.”

The World Health Organization has warned against using UV lamps to sterilize any part of the body, saying it can cause skin irritation.

Bryan also said that research had shown bleach could kill the virus in saliva or respiratory fluids in five minutes and isopropyl alcohol could kill it even more quickly. Trump suggested there would be more testing there, too.

“The disinfectant knocks it out in a minute. One minute,” he said. “Is there a way we can do something like that by injection inside?” He said it would be “almost a cleaning. It gets in the lungs and does a tremendous number on the lungs.”

Bleach is a toxic chemical, and inhaling it could damage the lungs.

“Inhaling chlorine bleach would be absolutely the worst thing for the lungs,” said John Balmes, a pulmonologist at Zuckerberg San Francisco General Hospital, and a professor of medicine at the University of California San Francisco. “The airway and lungs are not made to be exposed to even an aerosol of disinfectant.”

“Not even a low dilution of bleach or isopropyl alcohol is safe,” Balmes said in a telephone interview. “It’s a totally ridiculous concept.”

Disinfecting surfaces is an important practice in infection control. The coronavirus is fragile outside the body, and is essentially a packet of genetic information wrapped in a packet of lipids. Hand washing with soap is particularly effective in cleaning it and stopping transmission.

The U.S. Centers for Disease Control and Prevention has warned Americans to be careful with cleaning products in their rush to use cleaners and disinfectants, which have been snapped up from store shelves and are still hard to find at many retailers. Poisonings related to cleaners and disinfectants rose significantly in March, according to the CDC. In one case, a woman was sent to the hospital after filling her sink with bleach solution, vinegar and hot water to soak her vegetables.

As some U.S. states begin planning to roll back social-distancing restrictions, an important question has become whether summer heat might impact the virus — and whether the fall might bring a new outbreak, as some experts inside and outside the government have suggested.

Weather and UV rays are often an important factor in the transmission of infectious diseases. Transmission of the flu, for example, is often correlated with cold temperatures and dry air. One study found that in northern Europe, low temperature and low UV indexes coincided with peaks of the flu virus in the period between 2010 and 2018.

Scientists continue to research the new coronavirus, and the pathogen has circulated in parts of the world with high, humid temperatures. Singapore is experiencing a surge of cases despite hot, humid weather. And in the developed world, many people spend much of their time indoors in controlled, cooler, drier environments without direct sunlight.

Anthony Fauci, the National Institutes of Health scientist on the White House task force, said in an April 9 television interview that, “one should not assume that we are going to be rescued by a change in the weather. You must assume that the virus will continue to do its thing.”

Studies of other coronaviruses have suggested that certain types of UV light may act as a sort of disinfectant. Sunlight contains three types of ultraviolet light, and one of them, UVC is often used to sterilize medical equipment. In China and Italy, robots that disinfect using UVC light have reportedly been deployed in hospitals.

Some studies, however, have suggested the opposite. One recent study of cities in Southern China, for example, found that heat and UV rays seemed to have no impact on the virus. 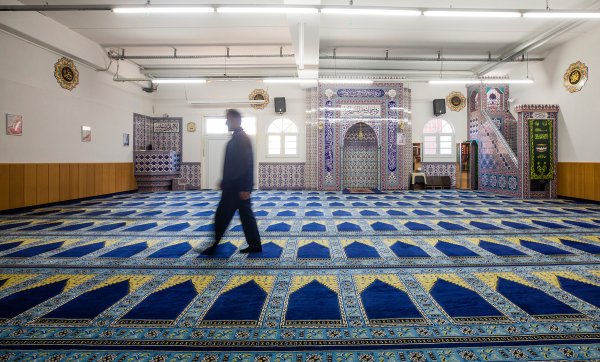 Ramadan in the Age of Coronavirus
Next Up: Editor's Pick