The son of the legendary founder of Hin Leong said the Singapore oil trader hid about $800 million in losses racked up in futures trading, suggesting a much bigger hole in the company’s finances than thought, according to people with knowledge of the matter.

The downfall of Hin Leong Trading (Pte) Ltd., one of the biggest and most secretive forces in the world of physical fuel-oil trading, shows the depth of the fallout from the dramatic drop in oil prices so far this year as a consequence of the Saudi-Russia price war and the coronavirus pandemic.

Lim Chee Meng, the only son of Lim Oon Kuin, said the company also sold some of the million of barrels of refined products it had used as collateral to secure loans from its banks, according to the people, citing an April 17 email sent by the shipping affiliate of Hin Leong, notifying recipient parties of proposed moratorium proceedings.

As a result, the company faces a significant shortfall between the oil stocks it held and the inventories pledged to its banks. That potentially means huge losses for the banks which provided the merchant with billions in loans as the collateral they thought they have as a guarantee isn’t there.

The trouble at Hin Leong is the latest to hit the commodity trading community in Singapore, among the largest hubs alongside Geneva, London and Houston. Over the last three years, the city state has seen the collapse of two other big names in the industry: Noble Group and Agritrade, and a rogue trader raking up millions in losses.

The son, also known as Evan Lim, said he was unaware of the reason for losses suffered over some years and his father had instructed Hin Leong’s finance department to omit them from its financial statements, according to the people with knowledge of the email sent by Ocean Tankers (Pte.) Ltd., signed by the son and his sister Lim Huey Ching.

Neither the son nor the father could be reached for comment Sunday. Nobody responded to calls or emails to Hin Leong or Ocean Tankers seeking comment. A spokeswoman for Rajah and Tann, one of Hin Leong’s advisers, said the firm is unable to comment because the matter is before the court.

Hin Leong and Ocean Tankers both filed for court protection from creditors on Friday as the former struggles to repay its debts. Both companies are solely owned by the Lim family.

The trader’s financial distress has rocked the tightly-knit trading community in Singapore. It’s raising speculation that the privately-held company could be the latest casualty of the historic collapse in oil prices triggered by the coronavirus.

Hin Leong posted a positive equity of $4.56 billion and net profit of $78 million in the period ended October 31, according to the people, who asked not to be identified as the matter is sensitive.

But Hin Leong told its creditors this month that total liabilities reached $4.05 billion as of early April, while assets were just $714 million, leaving a hole of at least $3.34 billion, according to screenshots of the presentation to a group of bankers seen by Bloomberg News.

The balance sheet of the company showed no equity at all as of April 9, 2020, and warned that “figures obtained from the company are subject to verification”.

The latest accounts of Hin Leong Trading, for the financial year ending October 31, 2019, were audited by Deloitte & Touche LLP. The auditor didn’t flag any problems, according to people familiar with the matter. Press spokespeople from Deloitte’s Singapore office couldn’t be immediately reached out of normal office hours Sunday.

Lim’s son said his father sold a substantial part of the company’s inventories, even when those stocks were used as collateral for banks loans, according to the people. As a result, he said there was a large shortfall of oil inventories compared with the amount that had been pledged to secure the credit lines.

Bloomberg first reported Hin Leong’s financial difficulties April 10 after some lenders had pulled credit lines from Hin Leong amid concerns over its ability to finance its debts. It’s said to owe almost $4 billion to more than 20 banks including HSBC Holdings Plc.

Lim Oon Kuin, known to many in the industry as OK Lim, will be resigning from all executive roles in Hin Leong, the Xihe Group and related companies as of April 17, according to the people, citing the email. He will also step down as director and managing director of Ocean Tankers.

Both Hin Leong and Ocean Tankers have filed for protection from its creditors under Section 211B of Singapore’s Companies Act. Hin Leong was established in 1963 and has grown into one of Asia’s largest suppliers of ship fuel, or bunkers. Ocean Tankers owns a fleet of more than 100 oil tankers of various sizes.

–With assistance from Andrea Tan and Javier Blas. 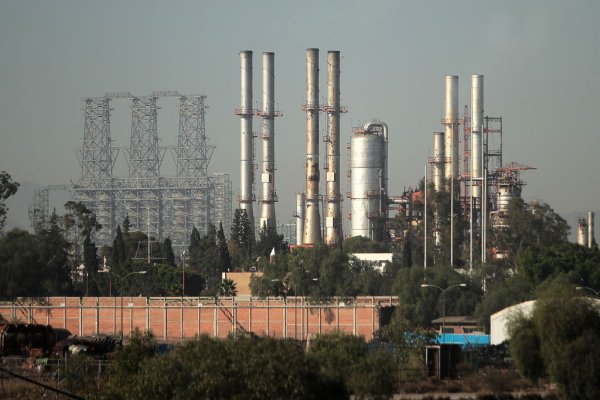