Secretary Mnuchin Claims Putting Trump's Signature on Stimulus Checks Was His Idea, Not the President's

The idea of putting President Donald Trump’s signature on the $1200 stimulus checks sent out to Americans to ease the economic effects of the coronavirus pandemic was Steve Mnuchin’s idea, the treasury secretary said Sunday morning on CNN.

“That was my idea,” Mnuchin told State of the Union host Jake Tapper after he asked whether Trump personally suggested putting his signature on the memo line for the checks. “He is the President, and I think it’s a terrific symbol to the American public.”

Millions of Americans have already started receiving payments from the U.S. government this week through the CARES Act, the $2.2 trillion dollar stimulus package Congress passed to support the country’s economy during the pandemic.

Although some people may have already received their $1200 via direct deposit, others are still waiting on a check.

“The checks have not gone out yet,” Mnuchin said on CNN, adding that the Trump administration was hoping more people would “go to IRS.gov” and set up a way to get the money via direct deposit, which he said is “much safer.”

Mnuchin also clarified that the President’s signature appeared in the memo line not because he isn’t authorized to sign the checks but because doing so “would have slowed things down” and “we didn’t want to do that.”

The coronavirus outbreak in the U.S. has led to more than 735,000 COVID-19 cases and almost 40,000 deaths as of Sunday morning, as well as massive unemployment with record numbers of Americans signing up for unemployment benefits over the last few weeks. 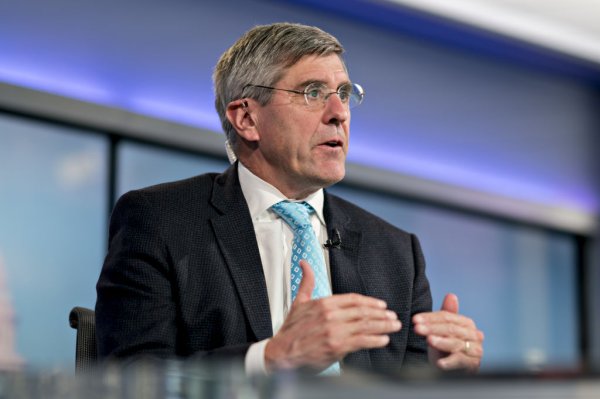 WH Advisor: Shelter Protesters Are Like Rosa Parks
Next Up: Editor's Pick