Groups of protestors have reportedly rallied in at least six states this week to demand state governments lessen orders requiring the closure of nonessential businesses and schools in an attempt to stem the spread of coronavirus.

In a statement to the Washington Post, conservative economist Stephen Moore reportedly said, “I think there’s a boiling point that has been reached and exceeded.” Moore belongs on the White House council focused on “re-opening” the country’s economy and as well as a coalition of conservative leaders advocating for steps to lessen the country’s lockdown, according to the Post.

“I call these people the modern-day Rosa Parks — they are protesting against injustice and a loss of liberties,” Moore said about the protesters, according to the Post.

Protestors have expressed frustration with life under stay-at-home orders and desire to allow healthy people to resume working to alleviating economic hardships, per the AP. CNN reports that a spokesperson for protestors in Minnesota told CNN affiliate WCCO that they were protesting because they were “suffering from financial setbacks and depression, among other issues.” The group argued that Americans can continue combating coronavirus while also returning to work.

Health experts warn that lifting the orders and reopening the economy too quickly could risk surging the number of coronavirus cases and lead to a needless loss of life. Experts say society cannot begin to reopen until the U.S. has dramatically higher coronavirus testing capabilities; CNBC reports that as many as 20 million to 30 million people need to be tested per day before the economy can begin to return to normal. According to the CDC, the U.S. is currently testing around 120,000 coronavirus samples per day.

Moore’s comment were swiftly criticized by some on social media.

“Stephen Moore calls them ‘modern-day Rosa Parks.’ But Parks desired different freedoms,” activist and author Ibram X. Kendi tweeted. “These folk want the freedom to infect, like they have wanted the freedom to enslave, lynch, deport, exclude, rob. They have always protested the ‘loss of liberties.'”

“[This] stuff is very obviously coordinated and clearly meant to create the impression that stay-at-home orders are broadly unpopular when the truth is just the opposite,” New York Times opinion columnist Jamelle Bouie also wrote.

“When people say stupid things, don’t get stuck on stupid. Stupid is an act to distract. Stay focused on what’s true & real. Let’s be smart & vote this foolishness out of office in November,” activist and minister Reverend William Barber wrote on Twitter.

Moore made a similar claim in an April 14 episode of the YouTube show “Freedom On Tap.” When speaking about protestors in Wisconsin, he said, “This is a great time, gentlemen and ladies, for civil disobedience. We need to be the Rosa Parks here and protest against these government injustices.”

Moore had repeatedly advocated for reopening the economy, and said in an interview with CBS News on Friday, “I think actually think we should have started this a week or two ago.” 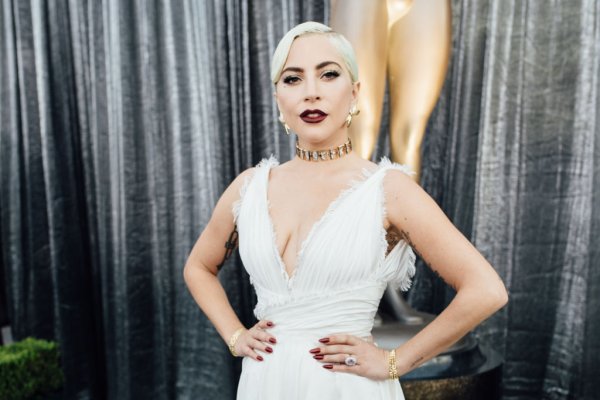 Watch Lady Gaga's 'One World: Together at Home' to Combat COVID-19 and Support Health Care Workers
Next Up: Editor's Pick