Rolling Back Some Coronavirus Lockdown Restrictions, Denmark Opens Salons and Barbershops. A Haircut Booking Site Crashed Due to Demand

(Bloomberg) — On Monday, Danes will be able to get a professional hair cut for the first time in over a month, after lawmakers agreed to free hairdressers from the country’s lockdown.

The news triggered a frenzy of activity as thousands tried to get an appointment. It was too much for one of the country’s main booking sites, which crashed a few hours after the announcement was made. Even lawmakers and union leaders tweeted their intention to squeeze in a hair cut as soon as possible.

The development shows how desperate people are to return to normal life. Denmark stands out as one of the first European countries to impose severe restrictions on movement after the threat of COVID-19 became clear. Thanks to its early response, Prime Minister Mette Frederiksen says it’s now possible to try to return to normal sooner than others.

Read more: These European Countries Are Slowly Lifting Coronavirus Lockdowns. Here’s What That Looks Like

Denmark sent its youngest children back to school on Wednesday. Lawmakers agreed this morning to let judges resume normal operations later this month, while other businesses freed from the lockdown include driving schools and tattoo parlors. Dentists are also set to reopen their practices, though Danes seemed more eager to get their hair done than arrange to have their teeth checked.

With the latest data exposing the economic damage done by the lockdown, the government is fielding calls from business leaders to let firms get back to work. Danish consumers spent 25% less over Easter than they did a year earlier, Danske Bank estimates (the figure excludes grocery stores, which have remained open throughout).

“No one wants to keep Denmark shut one day longer than is absolutely necessary,” Frederiksen said. “But we can’t proceed so fast that we’re unable to keep the epidemic under control.”

Morten Ostergaard, the leader of the Social Liberals that form part of the ruling bloc in parliament, said the new agreement is a welcome relief for small businesses. He also said he’d already made a hairdresser’s appointment, in a tweet sent just minutes after the deal was struck.

The latest decision follows considerable pressure from parliament’s center-right parties. But talks were steered by guidance from Denmark’s top medical experts, Frederiksen said. And while some small businesses were cleared to resume business, many other corners of the economy will remain shuttered, including cafes, restaurants and bars. Denmark’s borders are still closed, travel restrictions still apply and groups of more than 10 will continue to be banned.

Denmark, like other countries, is weighing the health risks against the catastrophic economic damage of a protracted lockdown. Frederiksen’s government estimates a slow return to normal would wipe 6% off GDP, double the contraction seen in a quick re-opening of the economy.

Frederiksen has made clear that any signs of a rebound in contagion rates would trigger an instant return to the tightest restrictions. 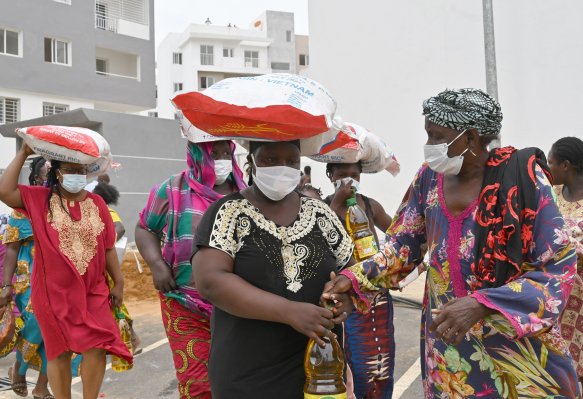 What Trump's WHO Move Means for Global Health
Next Up: Editor's Pick