Filling Out a Census Has Always Been a Political Act

There are seven individual questions on the 2020 U.S. Census: name, usual abode, relationship (to the household’s “Person 1”), sex, age, ethnicity and race. Most people will need just a few minutes to answer them. As of April 15, around 49% of households have already done so. But don’t mistake this for a simple, forgettable, statistical exercise. It is a fundamentally political act.

Census-taking is an ancient institution of government. Pre-modern censuses were blunt instruments wielded, often, by despots. They enabled coercive practices like taxation and conscription. Later, counting and classifying were used to support the formation of modern states. They became one way of rendering complex societies “legible”—in the terminology of political scientist James Scott—to their rulers.

But a census is also inherently bottom-up and democratic: it is not just something done to us, but something we do to ourselves. Even before the modern era of mail-back forms or internet response, censuses required mass participation: few states, historically, have had the resources to count their own populations without substantial popular cooperation. Even so, as I detail in my new book, The Sum of the People, individuals and groups throughout history have found creative methods of co-opting the census to make political statements. This year, as the U.S. counts its population amid a national and global health crisis, the political nature of the Census is no less clear.

Historically, the most obvious form of census protest has been to avoid being counted. In 1911, while the statisticians of the British Empire were busy coordinating a set of censuses that would span the globe, a protest movement emerged in Britain itself. Suffragettes argued that since they did not count for the vote, nor should they allow themselves to be counted in the census.

Emily Wilding Davison, who would later become famous as a martyr of the movement, spent census day—April 2—hiding from the census takers in Britain’s Houses of Parliament. As the suffragettes’ newspaper later recounted it: “Armed with some provisions, Miss Davison took up her position in a cupboard of about 5ft by 6ft . . . In this small dark place, taking only occasional walks in the crypt, Miss Davison remained until Monday morning.” She was discovered on Monday and briefly detained by police. While in custody, a census schedule was completed in her name.

Davison’s evasion failed, but the historians Jill Liddington and Elizabeth Crawford estimate that three to four thousand other protesters were more successful in their boycott. Some returned the questionnaire with only a message of dissent—for example “I am denied the full rights of citizenship, so I will not perform the duties of a citizen.”

Protest need not mean a boycott or invalid response: dissent can also be registered through entirely valid answers. When Nazi Germany invaded Luxembourg in May 1940, the occupiers expected Luxembourgers to embrace the Reich with the same enthusiasm Austria had shown two years earlier.

Joseph Goebbels, the Reich Minister for Propaganda, proposed that a “census” be used to affirm enthusiasm. The census included three specific questions, the responses to which would conclusively demonstrate the people’s desire to be German: nationality, mother tongue and ethnicity. To each, the expected answer—the correct answer, in the eyes of the occupiers—was “German.”

It failed spectacularly. In advance of the Oct. 10, 1941, census date, the resistance mounted an underground leafleting campaign, asking people to answer the census questions “dräimol Letzebuergesch”—three times Luxembourgish. As early counts came in, it was clear that the people—over 95%—had done so, overwhelmingly rejecting German identity. The census was abruptly halted.

Writing immediately after the war, the historian Paul Weber called this “the only day of unmitigated jubilation during the five long prison-years of the war.” Luxembourg would remain occupied, but Luxembourgers had withheld their consent. They remained, defiantly, three times Luxembourgish.

But not every instance of census “protest” has had such high stakes. In 2001, a census year for many countries, an internet campaign encouraged people to report their religion as Jedi (this was not long after the release of Star Wars: Episode I). Many did: 21,000 in Canada, 53,000 in New Zealand, 70,000 in Australia, and over 400,000 in the United Kingdom. For some, this no doubt reflected a genuine objection to the census or the religion question in particular. But most participants presumably saw it as a harmless stunt. In response, statistical authorities around the world could do little but issue warning press releases. Although many countries have laws that impose penalties for failing to respond to the census or providing false information, they are rarely enforced.

Practically speaking, modern census takers lack the punitive powers of their classical predecessors, the powerful censors of the Roman Republic (509–27 BCE) who enumerated the population and stratified it by class. Gellius, a Roman writer in the second century CE, recounts an anecdote in which an unnamed censor interviews a citizen:

Thinking that he had a chance to crack a joke, when the censor asked him, as was customary, “Have you, to the best of your knowledge and belief, a wife?” he replied: “I indeed have a wife, but not, by Heaven! such a one as I could desire.”

Unamused by this cheap joke, the censor summarily reduced the man’s status to that of a commoner.

This time last year, it seemed that the 2020 American Census would add a new chapter to the long story of census protest. The Trump Administration had proposed a last-minute addition to the Census: a question on citizenship. The question was inadequately tested and politically divisive. Had it gone ahead, there would surely have been a widespread campaign to leave the citizenship field blank. Before that could happen, the Supreme Court nixed the question.

But even without the citizenship question, there are items on the questionnaire that some will consider problematic. Legally you must answer every question. But some people will find it difficult to answer, for example, sex, which demands a binary response: male or female. Latinx people may balk at being asked to choose an additional race category. Some of Arabic descent will be disappointed that a contemplated race category for Middle Eastern/North African was rejected; others, with memories of Japanese internment and 9/11, will be relieved. For the first time in recent years, the “white” and “black” race options will be accompanied by write-in fields. Social media suggests that some white people, at least, are confused by this freedom to express more nuanced identities.

At this stage, as the self-response stage of the 2020 Census nears its end, there will be some group of people who, like the suffragettes, have so far made the intentional choice not to respond to the census. Having studied the history of the Census, this is one protest, in 2020, that I would counsel against. The questionnaire is undoubtedly imperfect, but it is as short and impersonal as it has been in a century. Some people may be wary about responding in this political climate, and it is true that there have been several dark chapters in the history of census-taking. But the laws protecting confidentiality, the professionalism of census staff, and the ethical understanding of statisticians have only strengthened over time.

The American Census was born flawed, saddled with a compromise that counted, for apportionment, each enslaved person as three-fifths of a free person. But the framers’ basic idea—to divide political power based on a count of the people—was a good one, a radical advance on the status quo in Europe at the time. Today’s Census more closely matches that ideal: it aims to count every single person who lives within the borders of the United States. But it only works if each person steps forward to claim the sliver of representation that is on offer. In the 2020 Census, simply being counted may be the strongest political statement any of us can make. 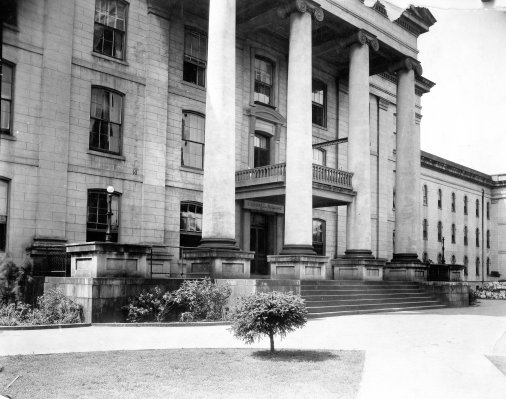 When Prejudice Overrides Science, Public Health Is at Risk
Next Up: Editor's Pick