History Shows That When Prejudice Overrides Science, Public Health Is at Risk

Toward the end of the 19th century, the superintendent of Georgia’s State Asylum, T.O. Powell, developed a theory to explain rising numbers of tuberculosis and insanity cases among the state’s African American population. The problem, he asserted, was that Emancipation eliminated the slave system’s healthful effects — a remarkably ahistorical claim that ignored not only slavery’s brutality but also a similar post-war epidemic in white people.

As his racist ideas informed public-health efforts, the consequences reached far beyond the dangers to his charges at the asylum. Today, as the world faces the COVID-19 pandemic, Powell’s story is a cautionary tale about the consequences of allowing prejudice to override the lessons of science. In an era when “essential” workers of color are among the least paid and protected, when many of America’s national leaders declare viruses “foreign” (feeding a spike in anti-Asian violence), and when shocking recent data shows that African Americans are disproportionately dying from the epidemic (making up more than 70% of Chicago’s deaths, for example), Powell’s choices should strike us as frighteningly familiar.

Here’s how it played out in Georgia. After making his pro-slavery claims about African Americans’ health, Powell went on to boost his antebellum-inspired ideas with a simplistic understanding of “heredity,” which he credited with creating 90% of the cases of insanity within asylums. At a southern professional meeting in 1895, Powell and his fellow superintendents asked themselves: “Has Emancipation Been Prejudicial to the Negro?” and answered this remarkable query with a resounding “YES!!!” Two years later, Powell was elected President of the American Medico-Psychological Association, giving him a national platform to spread his attitudes. Powell would soon ally these fatal ideas with new eugenics technologies, including sterilization of his female patients, who were deemed morally unfit.

Crucially, Powell’s eugenic ideals left him ill-equipped to handle the public-health emergencies raging within his own institution. In his fascination with heredity, he ignored the medical revolution ushered in by the germ theory of disease, particularly Edward Koch’s discovery of the tubercle bacillus in 1882—a lethal, willful ignorance. Powell’s yearly reports documented a range of diseases in his asylum that had far less to do with heredity and far more to do with the epidemic conditions created there by his own policies. TB spread rapidly through the air especially in the “Colored Building” with its 900 black patients. The crowded conditions that allowed that spread were his primary responsibility in a job that he himself called “lunacy administration.” His patients were also suffering from pellagra from their starvation diet, as the U.S. Public Health Service would later prove.

Adding insult to injury, Powell’s writing boosted the idea that mental illnesses and TB were the result of “degenerate” populations too “morally depraved” or “unmanly” to survive. When Powell died in 1907, he was proclaimed “Georgia’s greatest philanthropist.”

Fed by a triumphant Jim Crow and a new wave of imperialism, white supremacists continued to promote racist theories of tuberculosis. These grew quickly into such deadly libels as Powell had espoused. Frederick Hoffman’s Race Traits and Tendencies of the American Negro and Rudolph Matas’ The Surgical Peculiarities of the American Negro (both published in 1896) became standard medical texts in the new century. In the early 20th century, the American eugenics movement also fed these racist libels from its base at Cold Spring Harbor on Long Island, funded by the Carnegie Institution and supported by major American universities in the years before Hitler’s Nazi Party made the consequences of eugenics all too clear in its program of mass extermination.

Comparing Powell’s story to the novel coronavirus might sound extreme. But 1.5 million people (as of the end of 2017), disproportionately people of color, are incarcerated in crowded cells in U.S. jails and prisons and an average of more than 50,000 people per day are detained in immigration centers. The virus has already begun its spread for inmates and detainees in conditions of forced proximity with little sanitation. Meanwhile, New York’s Governor and New York City’s Mayor are left pleading the federal government for help against the rising death rates in the multicultural and international metropolis; even within the city, the areas hit hardest are those with high immigrant, Hispanic and African American populations. And we haven’t yet seen the virus really hit those countries “underdeveloped” for centuries by conquest and colonialism.

Allowing these forces to play themselves out is one choice. It is called eugenics, fed by both historic racist animosities and willed ignorance. But there are always better options. On the side of public health in Georgia, African Americans in Atlanta in the early 20th century declared that “germs have no color line” and tracked TB through neighborhoods, traced contacts, opened clinics, and educated their people on prevention and treatment.

Surely today we should chose the second set of practices over the first. But will we?

Mab Segrest is the author of ADMINISTRATIONS OF LUNACY: Racism and the Haunting of American Psychiatry at the Milledgeville Asylum, available now from the New Press. 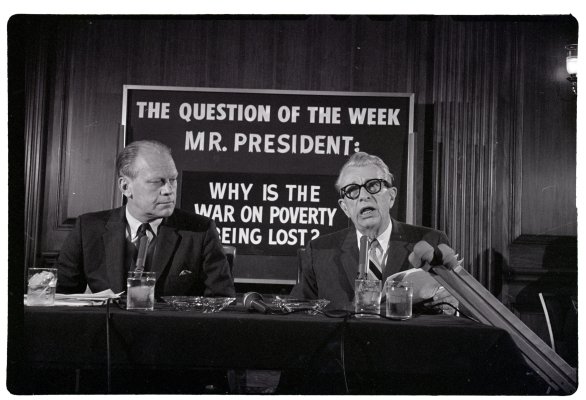 The History Behind Trump Saying He's a 'Wartime President'
Next Up: Editor's Pick