If you’re looking for facts, don’t steer your horse anywhere near True History of the Kelly Gang (from IFC, available on demand on April 24). This outlandish, gritty adventure from director Justin Kurzel (The Snowtown Murders) is based on Peter Carey’s Booker Prize–winning novel, and not on anything that qualifies as truth or history.

But what Kelly Gang lacks in historical accuracy it makes up for with brash punk energy. George MacKay (who played one of earnest, heartbreaking World War I soldiers in Sam Mendes’s 1917) stars as the legendary Australian outlaw who assembles a ragtag bunch of thieves and rebels. In this version of the story, Ned and his boys don women’s dresses as a means of inspiring fear in their victims. (As one of the gang puts it, “If you wear a frock to a fight, they think you’re crazy. And nothing scares a man like crazy.”) The gang, a motley group of Irish descent, continually runs afoul of the oppressive English authorities, chief among them Nicholas Hoult’s Constable Fitzpatrick, who looks like a perfectly upstanding fellow but whose morals defy even Ned’s somewhat questionable code of ethics. Their cat-and-mouse roguishness gives the picture its murder-ballad intensity.

Yet the movie’s first section, detailing Ned’s childhood training in deception and theft, may be its richest. Young Ned, a sullen elf with blond baby-bangs and wary eyes (played, wonderfully, by Orlando Schwerdt), gets his first lessons in mistrust from his mother, Ellen (Essie Davis). Ellen does what she must to provide for her numerous kids, including selling young Ned off to notorious bushranger Harry Power (Russell Crowe), the better to hone his banditry skills. Ned defies Harry’s cruelty, though he still ends up in jail. When he emerges, he’s a young man filled with righteous anger. MacKay makes a terrifying, charismatic Ned Kelly; he has the vaguely deranged look of an antique wooden peg doll. Some of his crimes are grisly and cruel, but his spirit is a fire you can’t turn away from. He’s a myth unencumbered by facts—and emboldened by the freedom of wearing a dress. 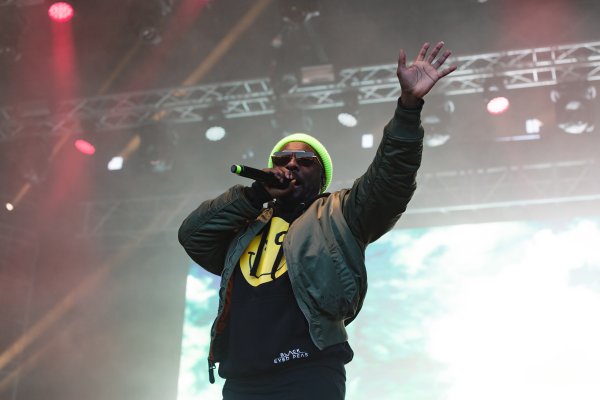 will.i.am on His Coronavirus Album
Next Up: Editor's Pick