Restarting the U.S. economy is more important than ensuring Americans stay home to prevent more deaths from coronavirus, says a GOP congressman from Indiana in no uncertain terms.

Indiana has more than 8,000 documented cases of coronavirus and about 387 people have died, as of April 15. More than 1,000 positive cases reported in Indiana come from the 9th congressional district.

Hollingsworth’s controversial comments come amid a debate over President Donald Trump’s push to reopen the economy. The President has talked with his aides about rolling back social distancing recommendations and reopen businesses by the end of the month.

On Monday, Trump claimed he had “total” authority to decide when the country’s economy could resume—an assertion rebuked by governors across the U.S. who said they hold the responsibility for deciding when life can return to normal.

Trump has said states that haven’t seen large outbreaks could possibly reopen by May 1; on Wednesday, Robert Redfield, director of the U.S. Centers for Disease Control and Prevention said 19 or 20 states with “limited impact” could reopen by May 1.

Trump’s eagerness to reopen the economy and send Americans back to work comes despite warnings from health experts that doing so could further exacerbate the spread of COVID-19. The novel coronavirus killed more than 25,000 people in the U.S, according to a virus tracker from Johns Hopkins University.

Dr. Anthony Fauci, director of the National Institute of Allergy and Infectious Disease and one of the nation’s top experts leading the fight against COVID-19, said Tuesday that the U.S. does not have efficient testing and tracing required to allow the economy to restart all at once in an interview with The Associated Press. Calling Trump’s goal for May 1 “a bit overly optimistic,” Fauci said reopening the country will be a gradual process and depend on the availability of widespread testing.

Other conservatives have shared Hollingsworth’s view. In Michigan, Gov. Gretchen Whitmer faced backlash after signing a strict stay-at-home order — local politicians and residents have pushed back, arguing that she was taking away their constitutional rights.

Texas Lt. Gov. Dan Patrick raised eyebrows in March when he told Fox News‘ Tucker Carlson that Americans should “get back to living” and that grandparents like him were willing to sacrifice themselves for that cause.

Speaking with WIBC, Hollingsworth acknowledged there was “no zero-harm choice here.”

“Both of these decisions will lead to harm for individuals, whether that’s dramatic economic harm or whether it’s loss of life,” he said. “But it’s always the American government’s position to say, in the choice between the loss of our way of life as Americans and the loss of life of American lives, we have to always choose the latter.”

Hollingsworth did not immediately respond to TIME’s request for comment, though in a subsequent statement provided to The Washington Post, he said stopping the rate of coronavirus infections and restarting the economy were both possible. 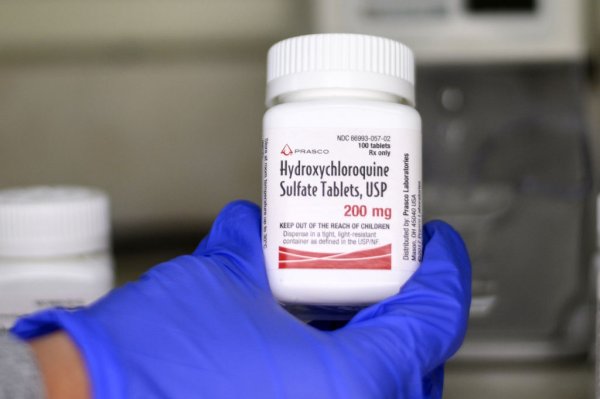