What the States Need From Congress Now Is Cold, Hard Cash

Since the early days of the COVID-19 crisis, Americans have looked to their elected officials for guidance and comfort. And with President Trump passing the buck to states, governors have–for the most part–risen to the occasion. Several, including New York’s Andrew Cuomo and Ohio’s Mike DeWine, have emerged as inspiring national leaders, foils for the President’s lies and bluster. Polling shows that 72 percent of Americans approve of their governor’s COVID-19 response, compared to only 45 percent who say the same of the president.

But the governors we have come to rely on in this public health emergency now confront a crisis of a different sort: their states are running out of money. The Cuomo Administration warned last month that New York could face a $15 billion funding gap, while DeWine called on state agencies to slash spending by up to 20 percent in anticipation of Ohio’s shortfall. Even states with relatively few COVID-19 cases, like Hawaii, expect tax collections to shrivel.

Congress must fill the void. The latest and largest of the three COVID-19 relief packages so far included $1,200 rebates for most U.S. adults but only a tangle of targeted assistance programs for states. What states need now, though, is exactly what U.S. households need: cold, hard cash–with no strings attached–to pay their bills and keep the lights on.

We suggest a simple approach: Give each state a fixed amount of cash per resident per month—we suggest $150—until normal economic activity can resume. This easy-to-implement approach would limit opportunities for pork-barrel politics, save states from insolvency and bolster the national economy.

Congress cannot simply stand by and let the states sink or swim. According to the National Conference of State Legislatures, every state except Vermont is subject to constitutional or statutory balanced-budget requirements that limit or prohibit deficit spending. And although the Federal Reserve is providing some relief by buying up state-issued bonds, many states are barred by their own laws from issuing debt to cover operating expenses. Without an infusion of federal dollars, states will likely have to resort to deep spending cuts or steep tax hikes.

We saw how that worked in the last recession: not well. Starting in the spring of 2008, according to one tally, 29 states and the District of Columbia cut services for the elderly and disabled; 31 states reduced access to health care; and 34 states and the District of Columbia cut funding for K-12 education. And that was during a recession in which real gross domestic product declined by roughly 4 percent from peak to trough—a much smaller drop than most economists expect COVID-19 to cause.

States can mitigate some of this damage by raising taxes. But a number of state constitutions either prohibit personal income taxes altogether or states from taxing their residents at progressive rates. The remaining revenue-raising options–like broad-based sales tax hikes–are likely to impose heavy burdens on those least able to pay. What’s more, tax hikes and budget cuts would take even more steam out of the economy and undermine the stimulus Congress has already passed.

A second approach—and the one that Congress has pursued so far—is to provide states with restricted aid for particular purposes. The stimulus package passed by Congress at the end of March allocates $150 billion to state, local and tribal governments for “necessary expenditures incurred due to the public health emergency with respect to the Coronavirus Disease 2019.” These funds cannot, however, be used for expenses that were already accounted for in the most recent state budget.

The $150 billion appropriation for COVID-19-related expenditures reflects a fundamental misunderstanding of the challenge states now face. Although the pandemic has caused states to spend more, the current fiscal crunch is not primarily a product of increased expenditures. New York, for example, spent approximately $1 billion–less than 1 percent of its budget–through the end of last month on its direct response to the virus. The state is entering a fiscal crisis not because of that extra spending, but because it is collecting less in income tax due to layoffs and less in sales tax due to the closure of nonessential businesses. The tax shortfall means that states will have trouble paying non-virus-related expenses, like salaries for state workers and support for local school districts.

Some states may be able—through creative accounting maneuvers—to recharacterize some of their existing expenses as “necessary expenditures incurred due to the [COVID-19] public health emergency.” For example, a police officer’s salary—which would have been paid regardless of the virus—might be recast as an expense of enforcing a shelter-in-place order. So in the best-case scenario, states must jump through the right hoops, and in the worst case scenario, some of the $150 billion may lie unused while cash-strapped state governments slash costs elsewhere. And even if states are able to use the entire $150 billion, it will certainly not be nearly enough to address states’ financial needs.

Rather than trying—and often failing—to anticipate states’ specific spending requirements, Congress should let state elected officials, who know their own states’ needs, decide how to spend the funds. In COVID-19 epicenters, like Louisiana, public health priorities will likely be paramount. In states like Hawaii and Nevada—whose caseloads are lower than Louisiana’s but whose tourism-dependent economies have been ravaged—the number-one priority may be to keep essential state government services up and running when state coffers run dry. All states, moreover, already heavily subsidize their cities and towns, and they will almost certainly choose to use some of the federal funds to prop up struggling municipalities.

One can imagine all sorts of formulas for calculating aid to states—based on unemployment statistics, COVID-19 deaths, budget deficits or other factors. Any attempt to construct such a formula is likely to lead to wrangling among members of Congress and senators seeking to maximize their own state’s share. The advantage of a uniform per-capita amount is that it short-circuits these fights. It does not favor blue states or red states, large states or small states. It does not reward states for fiscal irresponsibility or penalize states that acted swiftly to contain the virus.

How much aid will states need to survive the COVID-19 crisis? In negotiations with their Republican counterparts, House Speaker Nancy Pelosi and Senate Minority Leader Charles Schumer have reportedly demanded an additional $150 billion for states and cities. Maryland Governor Larry Hogan and New York’s Cuomo—the chair and vice chair, respectively, of the National Governors Association—have called for $500 billion specifically to states. It’s not clear, though, how either the congressional Democratic leaders or the governors arrived at their numbers, or how they would allocate the funds across different states.

Here’s a simple way to think about it: States take in roughly $2 trillion in revenue from taxes and fees each year. In a nation of 330 million people, that works out to approximately $500 per person per month. State revenues are closely correlated with overall economic output, and daily output has—according to a Moody’s Analytics estimate—declined by approximately 30 percent since the beginning of March. Those figures suggest that states will lose approximately $150 per person per month as long as shutdowns last.

We don’t know how long the crisis–and the corresponding need for federal aid–will continue.

If, pessimistically, the country remains in lockdown mode until the end of the year, then the total amount paid to states under our proposal would approach $500 billion, the number in Hogan and Cuomo’s request. But the lack of a certain end date shouldn’t keep Congress from starting payments now. Lawmakers can reauthorize aid in three-month chunks or–better yet–keep the payments going until Congress votes to turn the spigot off. 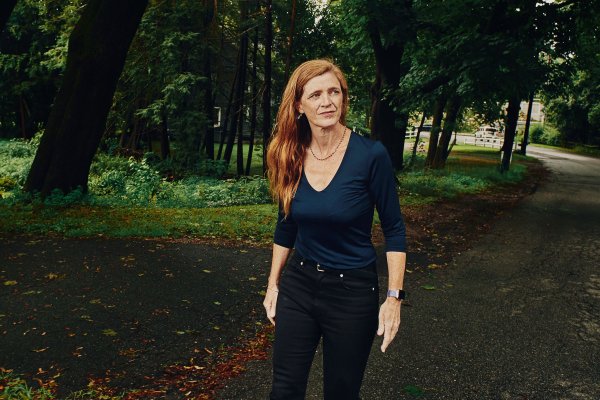 How COVID-19 Will Change National Security
Next Up: Editor's Pick