Aerial view of the Marseille-Provence airport in Marignane.
Boris Horvat—Getty
By Mélissa Godin

On Saturday, French police intercepted a group of ten vacationers arriving at France’s Cote d’Azur on a private jet despite a travel ban.

Since March 17, the French government has banned all non-essential travel in an effort to curb the spread of COVID-19. Only those with an international travel certificate which attests that a journey is essential can enter France.

“They were coming for a holiday in Cannes and three helicopters were waiting on the tarmac,” a border police spokesperson told Agence France-Press. “We notified them they were not allowed to enter the national territory and they left four hours later.”

The Embraer Legacy jet, chartered by a Croatian business man, arrived at the Marseille-Provence airport from London at 2pm on April 4, according to the French news channel BFMTV who spoke with local police. The group, consisting of seven men ages 40-50 and three women ages 24-27, had planned to get private helicopters to Cannes, where a rented luxury villa awaited them.

Authorities at the airport contacted the airport border control who fined the vacationers, along with the hired helicopter pilot, and sent them home, according BFMTV.

Currently, commercial flights have been significantly reduced but authorities are keeping a close eye on private jets, especially as rich vacationers look to travel to their second homes for the Easter long-weekend. 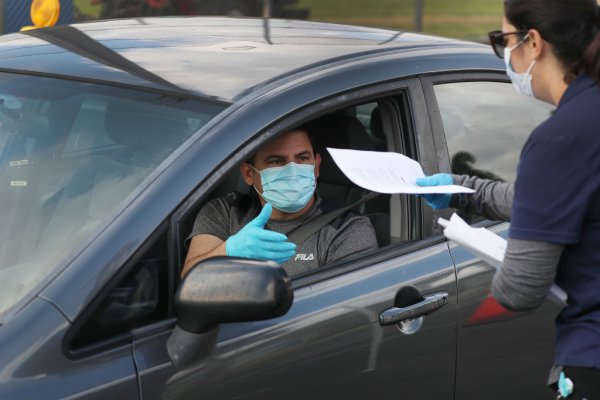 The Post-Coronavirus Unemployment Crisis Could Last for Years, Economists Say
Next Up: Editor's Pick