How Are States Across the U.S. Projected to 'Flatten the Curve'?

—Every day, the number of confirmed COVID-19 cases in the U.S. grows. On March 26, the country passed China to rise to the top of the list of most reported cases of the novel coronavirus in the world, and the spread of the illness shows little sign of abatement.

However, the U.S. is a huge country, and the growth patterns of SARS-CoV-2, the virus that causes the disease, differ significantly from state to state. Researchers at the University of Washington recently analyzed these early trends, along with factors like how states are implementing social distancing, their hospital capacities, and their testing capabilities, and developed a projection of what the future holds for each when it comes to the coronavirus pandemic. The bottom line: the longer it takes for a state to reach its peak hospitalization and death rates, the lower those peaks.

“It’s this whole flattening of the curve construct—that if you have slower transmission you slowly build to a lower peak,” says Dr. Christopher Murray, institute director of the Institute for Health Metrics and Evaluation (IHME) and professor and chair of health metrics sciences at the University of Washington. IHME’s statistical model is “picking up that pattern in the data and that’s what we’re projecting out,” says Murray

TIME crunched the numbers to create two graphs, which, combined, suggest that “flattening the curve” appears to hold true for states as much as it does for countries.

In the chart above, the red dots signify instances in which, when a state reaches its peak daily hospital admissions, it will pass (or will have already passed) that state’s current hospital bed capacity. The fact that most of the blue dots are on the far right-hand side of the chart suggests that the later a state reaches its peak daily hospital admissions, the less likely that state’s hospital systems will end up over capacity. That, in turn, means those states are likely to have fewer deaths per capita, since their health care systems won’t be as overloaded as those states in red. (Louisiana might be an outlier here due to its relative high number of hospital beds per capita; according to the Kaiser Family Foundation, the state has 3.3 hospital beds per 10,000 residents, compared to 2.5 for Michigan and 2.4 for New Jersey, for example.)

There are some caveats. Murray cautions that there is not yet clear proof of why some regions are dealing with more COVID-19 transmission (and are thus projected to have quicker and more dangerous peaks than others) at the moment. For example, the rate of transmission in New York, which has become a major epicenter of the outbreak in the U.S., has been “very steep,” Murray notes. As of 8pm eastern on April 2, New York had reported more some 92,000 confirmed COVID-19 cases and over 2,300 deaths, according to a tracker from researchers at Johns Hopkins University. But that might have less to do with policies New York has put in place than with the fact that in “dense urban areas where the dominant form of transport involves people being in pretty close contact with each other, like subways or bus systems,” there may be more COVID-19 transmissions, says Murray.

Then there is Louisiana. “It’s certainly standing out,” Murray says, as one of the few parts of the country that isn’t especially urban, and yet has been hit hard by COVID-19, with about 9,100 COVID-19 cases and 300 deaths as of April 2. But there might be an explanation there, too: Louisiana Gov. John Bel Edwards has speculated whether the state’s Mardi Gras celebration could be partially to blame for the state’s high reporting numbers.

In states that have seen fewer cases, the current IHME model is “not great,” Murray admits, but he expects it to improve over time as data reporting increases. Researchers plan to update data daily. “People should think about this like a weather forecast,” Murray says. “Everybody has gotten used to the fact that those change as the weather changes and new data comes in. It’s really a very similar construct.”

These graphs are “not surprising because they illustrate the importance of flattening the curve,” says Dr. Leana Wen, an emergency physician and public health professor at George Washington University. Even if a state eventually ends up with the same total number of COVID-19 cases, “if you’re able to spread out the infections over time you reduce overwhelming the health care system and therefore reduce mortality rates. But it also stands to reason that if you flatten the curve you actually also reduce the total number of cases as well.” That’s what appears to be reflected in TIME’s graphs, Wen notes. “It makes sense that the rate of infections would correlate with peak hospitalization and therefore with death rates,” she says.

What states should do to try to flatten the curve

That’s why it’s essential for states in the U.S. to focus on two things that are within its control, according to Wen. First: the ability of hospitals to manage capacity. And second: reducing person-to-person transmission in the community, especially amid shortages in ventilators and other essential medical equipment.

Although the graphs provide helpful insights into how flattening the curve can help save lives, Wen notes that the data should not be used to guide individual state policy, especially to signal to any state that they are in the clear. Every state should be doing “everything they can to prepare for and prevent” an increasingly large COVID-19 outbreak, she says, especially social distancing.

David W. Hutton, associate professor of health management and policy at the University of Michigan School of Public Health, says the graphs provide a rough short term picture of where different states are headed, but that it may still be too early to see the impact of recent interventions, including a national call for social distancing. Judging from trends in China, Italy and Spain, the impact of those interventions would likely be reflected in the data “about two weeks later,” Hutton says.

Wen also cautions that the data states are reporting may not be an entirely reliable indicator of just how deeply the coronavirus has penetrated into communities. (States reporting higher COVID-19 case and death counts could be doing so partly because of relatively higher testing; those reporting lower numbers could reflect a lack of testing.) That’s why, even if the numbers suggest states may have time before a peak hits, it would be a big mistake for them to underestimate the threat a COVID-19 outbreak could pose. “The worst thing that could happen is if a state thinks ‘oh the peak for my area is not going to be for three months, so I don’t need to prepare now,’” Wen says. “The guidance I would give states is that you could well be the next epicenter of the outbreak. We saw how quickly this happened in the New York region so prepare for that.”

TIME is also tracking the daily trajectories of COVID-19 cases across U.S. states, to see if they are, in fact, flattening the curve: 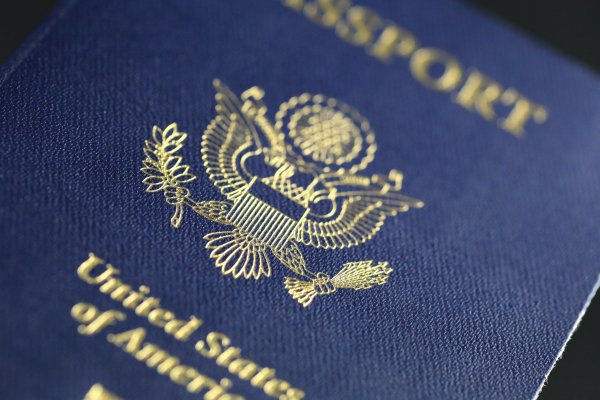 U.S. Stops Issuing Passports Except For 'Life-Or-Death' Emergencies
Next Up: Editor's Pick