Spiking Unemployment Means Millions of Americans Can’t Pay Their Rent This Month. Can The Government Help?

Billions in rent was due April 1, but due to COVID-19 layoffs, many people won't be able to afford it. So far, there is not a national solution.
Jeffrey Greenberg—Universal Images Group via Getty Images
By Abby Vesoulis

Jacob Williams Kendrick’s life has been turned upside down. Less than three weeks ago, the Eastern Michigan University student was balancing mechanical engineering courses, interviews for summer internships, and a part-time catering gig. But by March 25, his campus had moved its classes online, he was laid off from his job, and his father was hospitalized with pneumonia caused by COVID-19.

His dad’s illness is hardly the only thing the 21-year-old is worrying about. With both he and his dad out of work, Kendrick is not sure how his family will pay their rent this month.

Kendrick is in good company. A record-setting 6.6 million Americans sought unemployment benefits the week ending in March 28, according to the Department of Labor. The large sum marked a 3.3 million increase over the week before. Some economists predict an even grimmer picture: millions who are out of work likely haven’t yet applied for benefits. A huge portion of that labor pool are renters, like Kendrick’s family, and as this global pandemic stretches on, it’s only going to get harder for them to pay up.

The question now is what happens next. As Americans are being asked—and in some states, ordered by their elected officials—to stay at home to prevent new COVID-19 infections, what role should government play in ensuring that they have a home to stay in? So far, the Trump administration has offered only a limited safety net, primarily to homeowners instead of renters, and state legislatures are scrambling to pass protections of their own.

“It’s a patchwork right now,” says Mary Cunningham, the vice president for metropolitan housing and communities policy at the Urban Institute. “There is no national moratorium that protects all renters.”

On March 18, the Trump Administration ordered a moratorium on foreclosures and evictions for single-family home mortgages backed by the Federal Housing Administration. On the same day, government-sponsored lenders Fannie Mae and Freddie Mac were directed to suspend foreclosures and evictions for at least 60 days. Landlords of multifamily units that are backed by Fannie Mae and Freddie Mac can also seek mortgage forbearance on the condition that they don’t evict renters who have been financially impacted by the coronavirus. Renters who live in these multifamily properties cannot be evicted “solely on non-payment of rent” for up to three months, according to Freddie Mac’s March 24 announcement. Further, the coronavirus response legislation places a temporary moratorium on evictions for most residents of federally subsidized apartments, and institutes a pause on eviction filings for renters in homes covered by federally-backed mortgages.

But a lot of renters aren’t covered by those federal programs. At least 40 millions of them will not be eligible for the federal moratoriums, according to the Washington Post.

In the absence of a comprehensive federal plan, some states and municipalities are forging their own ways. Arizona Gov. Doug Ducey put a 120-day stay on eviction orders for anyone quarantined or adversely affected by the coronavirus, and the state created a $5 million fund for rental assistance. Delaware postponed all eviction proceedings until May. Massachusetts closed its housing court through mid-April, meaning evictions cannot proceed. New York Gov. Andrew Cuomo called on banks to waive mortgage payments in certain cases for up to three months, but didn’t grant relief to renters. California Gov. Gavin Newsom also banned the enforcement of eviction orders for renters affected by the coronavirus in his state through the end of May.

But even in states that have taken action to benefit renters, the obstacles are piling up. Temporary eviction moratoriums or rent freezes are helpful in the short term. But they just kick the problem down the road. Eventually, tenants will have to pay their landlords what they owe—and those due dates may come well before millions of Americans are back to work.

Amanda Hansen, a 31-year-old resident of San Joaquin County, California, is among the many who are trapped in this reality. She was laid off from her part-time job as a receptionist at a car dealership on March 24, and the next day, she and her husband Max were both laid off from their full-time jobs at a local RV rental company. They were told they may be hired back when the economy picks up again, but who knows when that will happen. “We’re really bad off right now,” she said.

The couple has applied for unemployment, but is nervous about keeping up with their groceries, car payments, and payments on a 12-year rent-to-own contract for a house that they have made payments on for seven years. “I know we can’t pay rent this month. I don’t even know if we could pay for next month or the month after that because we have two car payments that we have to pay for,” she says.

Amanda and Max are trying to cut costs, but ditching the cars isn’t an option. Finding a job—and then getting to it—requires transport. “We live out in the middle of nowhere,” Hansen says. “Just to get into town, it’s 20 minutes.”

Avoiding a meltdown of the entire system may require drastic measures. “Congress needs to do more work on providing emergency rental assistance for people who are very low income and who are one emergency away—this is it—from losing their housing, as well as people who are of modest and middle income who will be facing unemployment as companies furlough and layoff workers,” Cunningham says.

It’s not atypical for renters to find themselves in precarious financial situations. While nearly 40% of Americans say they could not cover an unexpected $400 expense without borrowing or going into debt, renters are more financially insecure than their home-owning counterparts. They are more likely to be evicted, have their utilities shut off, struggle with food insecurity, experience difficulty paying medical bills, and more often make housing payments late, according to a 2018 Urban Institute report. The Urban Institute estimates renters across the United States collectively owed $49.4 billion to their landlords on April 1.

The $1,200 direct payments included in the $2.2 trillion dollar stimulus package that Trump signed into law on March 27 are a step in the right direction, Cunningham says. But they will not be enough to get renters through this crisis. It might not even get them through one month. The median rent for a 2-bedroom apartment in the U.S. was $1,197, according to data published by Apartment List in March. In California, the median cost was $1,858. In New York, it was $1,542.

At any rate, Kendrick is not eligible for the direct cash payment. His parents claimed him as a dependent, so he’s exempt from the $1,200 one, and he’s too old to receive the child payment of $500. And he’s running out of time to wait for a different federal fix: the state of Michigan paused evictions until April 17, but rent was due yesterday. Out of options, Kendrick and his sister 17-year-old Jessica set up a GoFundMe account. 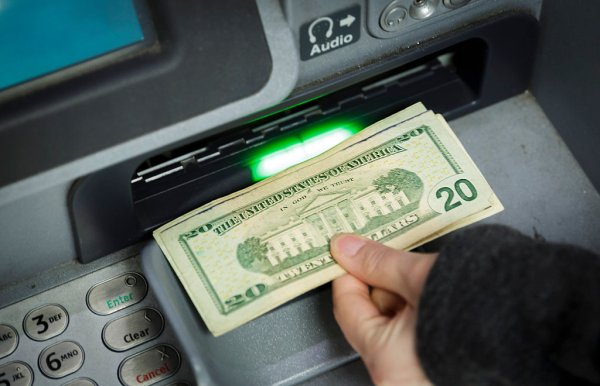 Stimulus May Come Last to Those Who Need It Most
Next Up: Editor's Pick