A woman holds a placard 'In France a femenicide every two days'.
Alain Pitton—Getty
By Mélissa Godin

Th French government announced on Monday it would put victims of domestic violence in hotel rooms and finance pop-up counselling centres in grocery stores, amid a surge of reported domestic violence cases since the lockdown began on March 17.

Around the world, there has been concern that there is a rise in the number of domestic violence cases as governments have placed their citizens under lockdown to avoid the spread of Covid-19, which has infected at least 803,313 and killed 38,743 people.

Since France imposed strict measures prohibiting citizens from leaving their homes except to buy food or medication, to see a doctor, or to get exercise, France has witnessed a 36% increase in the number of reported domestic violence cases to the police in Paris and a 32% rise throughout the rest of France. Two women have been killed since the lockdown began, in a country with higher rates of deaths by domestic violence compared to its European neighbors. While the lockdown is currently in place until April 15, there is a high likelihood it will be extended, further jeopardizing the safety of victims of domestic violence.

The French Gender Equality Minister, Marlène Schiappa said the government would pay for 20,000 hotel nights for victims and put in place approximately 20 counseling centers at stores across the country in order for women to able seek out help while they leave their home to run errands.

“My biggest concern is to multiply the points of contact with women,” Schiappa told French newspaper Le Parisien. “As it’s difficult for women to get out, we want to make sure that support systems can go to women.”

The French Interior Minister, Christophe Castaner, announced on March 26 that victims of domestic violence could alert pharmacists if they are in danger. The government also plans on giving anti-domestic abuse organizations an additional 1 million euros ($1.1 million) in funds to help them manage increased demand for their services.

If you or someone you know is experiencing domestic violence, contact the National Domestic Violence Hotline via text or call at 1-800-799-7233. If you are in France, please dial 3919. 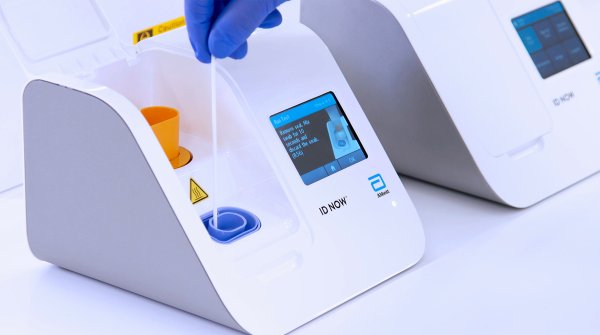 New Coronavirus Test May Provide Results in 5 Minutes
Next Up: Editor's Pick