'Something Needs to Fill That Void.' As Stadiums Go Quiet, Esports Are Having a Moment

A man plays a video game at home to pass the time after the Italian government clamped down on public events, closed bars, restaurants and schools, imposed travel restrictions and advised citizens to stay at home in an attempt to slow the spread of the Coronavirus on March 15, 2020 in Turin, Italy.
Getty Images—2020 Stefano Guidi
By Matthew Gault

Unless you’re into marble racing or Belarusian hockey, you’re probably having a hard time finding any sports to watch right now. The COVID-19 pandemic has thrown the NBA and NHL seasons into limbo, MLB’s opening day came and went with nary a knuckleball or bat flip, and the Olympics are being put off until 2021.

But one form of sporting event lives on in the age of social distancing: Esports, or competitive video gaming, is on the rise, with people tuning in to everything from Counter-Strike to League of Legends. Viewership on Twitch, the go-to site for game streamers, is up 31% in March, by one estimate. People stuck inside are playing more video games, no doubt. But they’re also watching the world’s best gamers take one another on, too.

“Sports are out and something needs to fill that void,” says Chance “Maux” Moncivaez, who plays Call of Duty: Modern Warfare player on the Florida Mutineers, an esports team. “I think esports is perfect to fill that void because of the ability to play online competitions.”

It’s not that the coronavirus outbreak has totally spared the esports world. The biggest, most well-funded competitions, like Activision-Blizzard’s Overwatch League, are held in-person in massive arenas like Madison Square Garden, often before sellout crowds. With big gatherings off the table, those events have been canceled, disrupting a business that counts in part on ticket and merch sales. But unlike basketball or hockey, it’s possible to shift esports back online, where they began — it just takes a little doing.

“It is possible to train, and compete, and continue competition and create entertainment,” says Steve Arhancet, owner of Team Liquid, an esports organization that represents 70 players across 17 different games. “It’s all possible. But it’s not like the flip of a switch.”

One issue, says Arhancet, is making sure that players don’t cheat when they’re not under the watchful eye of a referee. “Aimbots,” or software that automatically aims at enemy players in shooter games, are one popular trick — think of them as the esports’ world sign-stealing controversy. Then there’s the simple issue of making sure every player has a good enough Internet connection to compete on equal footing; the tiniest bit of lag can result in a missed shot or miscast spell.

“We can get there,” says Arhancet. “We can do these things. We will be more resilient than a lot of professional sports industries. But how long will it take? Each game will handle that a little bit differently.”

Indeed, some leagues are finding their footing more quickly than others. While the Overwatch League has started back up, the competitive scene for Apex Legends has faltered. Riot Games — which developed, published, and organizes tournaments for esports giant League of Legends — took its League of Legends Championship Series [LCS] online-only in under a week.

“This is a time where our fans need something to watch, need something to entertain them, need something to distract them from the things that are going on around them, even if it’s just for a short time,” says LCS Commissioner Christopher Greeley. “With the complete absence of conventional sports, and only a handful of esports able to deliver remotely, it was important for us to deliver for the fans.”

Being able to operate amid a total absence of “conventional” sports would seem like a brilliant marketing opportunity for the esports world, which is closer than ever to going truly mainstream. But people in the business say that for now, they’re more focused on keeping their existing audience engaged rather than trying to pull in new fans.

“I think the opportunity certainly exists, but it’s not the opportunity we’re focused on,” says Greeley. “If the ancillary effect of that is people who normally would be watching the NCAA tournament are flipping on Twitch and finding the LCS and sticking around, that’s great. But it’s certainly not what we’re driving towards.”

Still, as some desperate hoops fans turn to simulated matchups in basketball video games like NBA 2K, it doesn’t seem like a huge leap to convert them into lifelong esports viewers. But some are skeptical that those fans would stick around when traditional sports finally tip-off once again.

“The reality is that I don’t think there would be a turnover in the long term,” says Carlos Rodríguez Santiago, owner of European esports organization G2. “Our best bet is to keep doing what we’re doing … and embrace everybody that comes in and wants to learn about games.”

Newbies are tuning in regardless. Arhancet says Team Liquid’s viewership is up 30% higher than “any month we’ve had in company history,” while Santaigo says viewership numbers for G2 are up around 20 percent. Twitch itself went from 33 million to 43 million viewers between March 8 and March 22.

But the players and organizers who spoke with TIME for this story seemed aware of why the numbers are up, and many simply want the virus to go away.

“I think time will tell how resilient the esports industry will be,” says Arhancet. “Honestly, I’m really hopeful that in four weeks, there’s been enough social distancing and preventive measures to curb this, and we’re back to normal before we know it.” 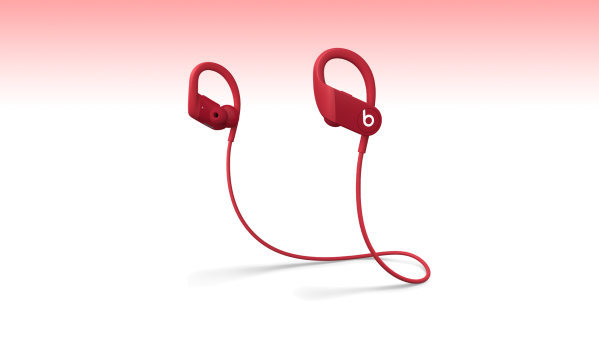 Apple's New Powerbeats Are OK, But Design Flaws Keep Them From Greatness
Next Up: Editor's Pick