Here Are the 13 New Books You Should Read in April

How do we live in the present when our vision of the future is constantly changing? It’s a question on everyone’s minds, especially now, but it is also one at the forefront of many of this month’s best books. In Julia Alvarez’s fist adult novel in over a decade, a recently widowed woman faces more turbulence when her sister disappears. In C Pam Zhang’s debut, two orphaned siblings trek across the American West to bury their father, with no idea of what each new day will bring. And in Jason Rosenthal’s bruising new memoir, a husband asks how to keep going in the wake of his wife’s death. Their stories, along with several others, help readers brace for unanticipated hardship, whatever that might look like in their own lives. Here, the 13 new books you should read in April.

The first adult novel in nearly 15 years from Julia Alvarez (How the García Girls Lost Their Accents) centers on Antonia Vega, a retired college professor grieving her husband’s recent and unexpected death. Already grappling with her new normal, Antonia’s life shifts again due to two events: the disappearance of her older sister and the discovery of an undocumented pregnant teenage girl in her garage. How much of their burdens is also hers to bare? As Antonia contemplates the answer, Alvarez crafts a moving portrait of the lengths people will go to help one another in moments of uncertainty.

Like many Americans, writer Michael Arceneaux took out private student loans to finance his college degree. In his second essay collection, Arceneaux examines how the debt he carried with him after graduating from Howard University impacted most aspects of his life, from his relationship with his mother to how he dates. Though their subjects vary, the essays all point to a larger question about the true cost of higher education in the United States. Like in his debut I Can’t Date Jesus, Arceneaux’s voice is both enraged and humorous as he tackles the anxieties of financial insecurity.

In the summer of 2017, writer Marie Mutsuki Mockett joined a group of evangelical Christian wheat harvesters who worked on her family’s farmland in middle America. Growing up in California, Mockett had limited exposure to farming, so she decided to learn everything she could about the process by accompanying the workers in the field. In her memoir, she reflects on the time she spent getting to know the land and those who cared for it, revealing the many intersections between farming, religion and identity.

Ever been overwhelmed by your work space? If yes, Marie Kondo has plenty of advice for you. The author of the 2014 best-seller The Life-Changing Magic of Tidying Up has teamed up with business professor Scott Sonenshein to offer new strategies for decluttering the workplace. Sure, most of those who can are now working from home, but the lessons in Joy at Work are still applicable, whether they’re teaching you to be more thoughtful about structuring meetings or arranging the papers on your desk.

Most teenage heroes don’t consider how drastically their lives will change once they’ve saved the world. Veronica Roth, known for her massively popular Divergent trilogy, breaks down those messy repercussions in her first novel for adults. In Chosen Ones, a group of five teens defeat an epically evil villain intent on destroying the world. Ten years later, they’re brought together by the death of one of their own, and are again tasked with saving humanity — but this time must do so as they grapple with the unforeseen consequences of their heroism: fame and PTSD.

Redhead by the Side of the Road, Anne Tyler (April 7)

Pulitzer Prize winner Anne Tyler’s latest novel focuses on routine-obsessed Micah Mortimer, whose life is about to be thrown out of whack. The 40-something enjoyed his regimented schedule of exercise, work and daily chores until his lover announced she was getting evicted. To complicate matters more, the son of Micah’s college girlfriend appears at his door, claiming Micah is his father. As he decides what to do, Micah must learn to adapt, and, in doing so, risk losing the stability of a life he worked so hard to maintain.

Buy Now: Redhead by the Side of the Road

How Much of These Hills is Gold, C Pam Zhang (April 7)

After their father dies, 12-year-old Lucy and 11-year-old Sam are left orphaned and with few resources to give his body a proper Chinese burial. In C Pam Zhang’s debut novel, the pair travel across towns in western America during the end of the gold rush, desperate to find what they need to honor the deceased. As she depicts their journey, Zhang prompts the reader to think about whose stories are told from this period of American history—fictional or not—and adds her urgent voice to the genre.

Buy Now: How Much of These Hills is Gold

Since it was published in 2016, Cho Nam-Joo’s debut novel has sold more than one million copies and has been hailed as launching “Korea’s new feminist movement.” Now, a new edition will introduce the titular character of Kim Jiyoung, Born 1982 to an even broader audience. The book follows a woman crushed by the expectations of her gender, feelings which lead to harrowing conversations with her therapist. As she unveils the lifetime of misogyny her protagonist has faced in South Korea, Cho Nam-Joo points to a universal dialogue around discrimination, hopelessness and fear.

While packing for a vacation, Jia Jia runs to the bathroom in her luxurious Beijing apartment and discovers her husband’s lifeless body in their tub, along with a mysterious drawing of a fish-like creature. Haunted by the strange sketch that accompanied her husband’s corpse, Jia Jia sets out to learn its origins on a trip that takes her many miles away from home. Braised Pork examines the young widow, newly free of the many hardships of her marriage, as she navigates grief, isolation and her passion for art.

In 2017, human rights activist Jennifer Finney Boylan went viral with a column she wrote for the New York Times, where she described the heartbreak she felt after her dog Indigo’s death. Her new memoir expands on the powerful relationship between dogs and their owners. Boylan shares the stories of seven dogs, each connected to her life in different ways. As in her 2003 memoir She’s Not There: A Life in Two Genders, Boylan is candid about her transition from male to female and in Good Boy, she uses the seven narratives to explore her journey to finding self-acceptance.

The author of The Secret Life of Bees takes readers back to the first century in her imaginative fourth novel. The Book of Longings tells the story of rebellious Ana, a teenager who is resisting her arranged marriage to an older widow. He dies before they can be wed and Ana, despite never having known the man, is ostracized for not properly mourning his death. This leads her to pursue a relationship with the one person who has shown his support when no one else has—Jesus (yes, Jesus). Influenced by narratives in the Bible and research on Jesus’ life, Kidd’s latest charts a young woman’s struggle to confront the ways in which society dictates what she can and cannot do.

Buy Now: The Book of Longings

This collection of 18 short stories, most of which are being published for the first time, brings readers a new glimpse inside the mind of author Madeleine L’Engle. The beloved novelist bounces around genres, from science fiction to fantasy, in narratives that explore everything from summer camp drama to life on another planet. Many of the stories were written in the 1940s and 50s, allowing readers to track the evolution of the writer before her award-winning young adult novel A Wrinkle in Time debuted in 1962.

Buy Now: The Moment of Tenderness

My Wife Said You May Want to Marry Me, Jason B. Rosenthal (April 21)

Before she died in 2017 from ovarian cancer, Amy Krouse Rosenthal wrote a heart-wrenching piece for the New York Times that stressed her desire for her husband to find love after she was gone. Now, he reflects on his life with and without Amy in his intimate and aching memoir. Rosenthal is thoughtful not only in his discussions of death and dying, but on how to move forward with hope for the future after such a tremendous loss.

Buy Now: My Wife Said You May Want to Marry Me 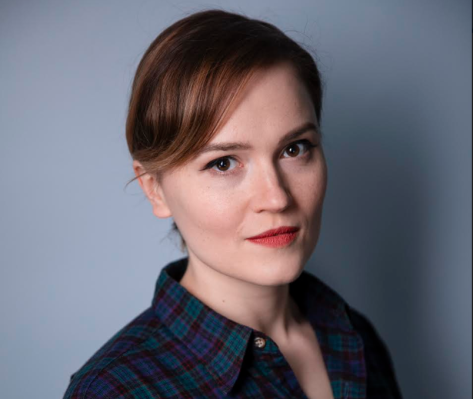 What Happens to Heroes After They Save the World? Divergent Author Veronica Roth Has Some Ideas
Next Up: Editor's Pick