President Donald Trump speaks during the daily briefing on the novel coronavirus, COVID-19, in the Brady Briefing Room at the White House on March 26, 2020, in Washington, D.C.
Jim Watson–AFP/Getty Images
By Karen Leigh / Bloomberg

U.S. President Donald Trump and China’s Xi Jinping pledged in a phone call to cooperate in the fight against the coronavirus pandemic, signaling a fresh detente between the two countries after weeks of rising tensions.

“Just finished a very good conversation with President Xi of China. Discussed in great detail the CoronaVirus that is ravaging large parts of our Planet,” Trump tweeted Friday. “China has been through much & has developed a strong understanding of the Virus. We are working closely together. Much respect!”

Trump notably refrained from referring to the disease as the “Chinese virus,” days after he told Fox News he would stop using the term. Xi, meanwhile, told Trump that relations between the two sides were at a “critical moment” and vowed to cooperate to defeat the deadly illness, according to China’s official Xinhua News Agency.

“Both sides will benefit if we cooperate, both will lose if we fight each other,” Xi said, according to Xinhua. “Cooperation is the only correct choice. I hope the U.S side could take real actions. The two sides should work together to enhance cooperation fighting the virus and develop non-confrontational” relations, he said.

Xi also expressed concern about the outbreak in the U.S., which has surged ahead of China’s number of confirmed cases and turned New York City into a global epicenter. The number of infections worldwide has climbed past 530,000, with 24,000 deaths, less than three months after authorities disclosed a couple dozen cases in the central Chinese city of Wuhan.

“I am very worried about the outbreak in the U.S., and I’ve noticed the series of measures being taken by the U.S. president,” Xi said. “Chinese people sincerely hope the outbreak can be contained very soon.”

The call was the first one-on-one conversation between the leaders made public since Feb. 7. The two sides have spent much of the intervening weeks arguing about who bore responsibility for the outbreak, with a foreign ministry spokesman promoting theories that the U.S. Army introduced the pathogen and Trump blaming Beijing’s failure to stop the “Chinese virus.”

Trump’s announcement Tuesday that he would hold off on using the phrase came after a rare public spat between two top Chinese diplomats that suggested there were differences in Beijing over how to handle tensions with the U.S. Chinese Ambassador to the U.S. Cui Tiankai said he was opposed to promoting theories that the virus had originated in a U.S. military lab.

Still, Trump’s top diplomat, U.S. Secretary of State Michael Pompeo, on Wednesday condemned “the disinformation campaign that the Chinese Communist Party is engaged in to try to deflect from what has really taken place here.” He called the disease the “Wuhan virus.” 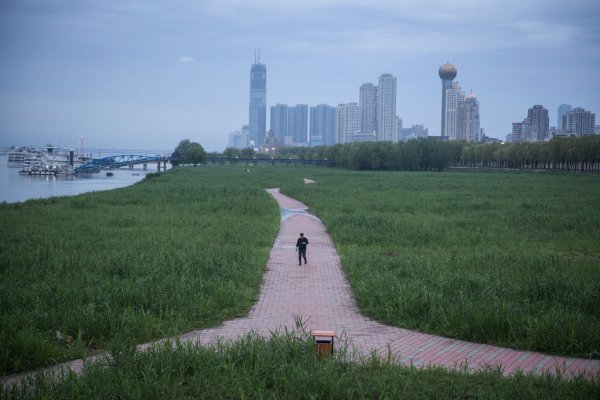 Report of Urns in Wuhan Raises Questions About COVID-19 Death Toll
Next Up: Editor's Pick