The long lines and stacks of ash urns greeting family members of the dead at funeral homes in Wuhan are spurring questions about the true scale of coronavirus casualties at the epicenter of the outbreak, renewing pressure on a Chinese government struggling to control its containment narrative.

The families of those who succumbed to the virus in the central Chinese city, where the disease first emerged in December, were allowed to pick up their cremated ashes at eight local funeral homes starting last week. As they did, photos circulated on Chinese social media of thousands of urns being ferried in.

Outside one funeral home, trucks shipped in about 2,500 urns on both Wednesday and Thursday, according to Chinese media outlet Caixin. Another picture published by Caixin showed 3,500 urns stacked on the ground inside. It’s unclear how many of the urns had been filled.

People who answered the phone at six of the eight funeral homes in Wuhan said they either did not have data on how many urns were waiting to be collected, or were not authorized to disclose the numbers. Calls were not answered at the other two.

Some families said they had been forced to wait for several hours to pick up the ashes. The photos circulated as mass deaths from the virus spiked in cities across the west, including Milan, Madrid and New York, where hospitals were erecting tents to handle the overflow as global infections soar.

According to Chinese government figures, 2,548 people in Wuhan have died of the virus. The announcement that a lockdown in place since January would be lifted came after China said its tally of new cases had hit zero and stepped up diplomatic outreach to other countries hard hit by the virus, sending some of them medical supplies.

But some in China have been skeptical of the accuracy of the official tally, particularly given Wuhan’s overwhelmed medical system, authorities’ attempts to cover up the outbreak in its initial stages, and multiple revisions to the way official cases are counted. Residents on social media have demanded disciplinary action against top Wuhan officials.

Many people who died had Covid-19 symptoms, but weren’t tested and excluded from the official case tally, Caixin said. There were also patients who died of other diseases due to a lack of proper treatment when hospitals were overwhelmed dealing with those who had the coronavirus.

The families of the deceased may not be able to say a proper goodbye to their loved ones just yet. Wuhan’s government issued a statement on Thursday prohibiting individuals in the city from tomb-sweeping activities until April 30, meaning they would not be able to observe the traditional April 4 Ching Ming Festival, or tomb sweeping holiday. Other provinces including Guangxi and Zhejiang have also announced similar restrictions.

Two locals in Wuhan who have lost family members to the virus said online that they were informed they had to be accompanied by their employers or officials from neighborhood committees when picking up the urns, likely as a measure against public gatherings.

“I was told by district government to wait until further notice on when I can pick up my father’s ashes,” one Wuhan resident using the name “Xue Zai Shou Zhong,” meaning “snow in hand,” posted on Weibo. “There is a staggered arrangement for urn collecting.”

Another Weibo user using the handle Adagier said she lost her husband to the coronavirus and had since been contacted by police warning her not to be too emotional — and to stop posting online.

“I have only one demand,” she wrote. “I want to give my husband a proper burial as soon as possible.”

Corrects characterization of 2018 and 2019 cremations data in story published March 27. 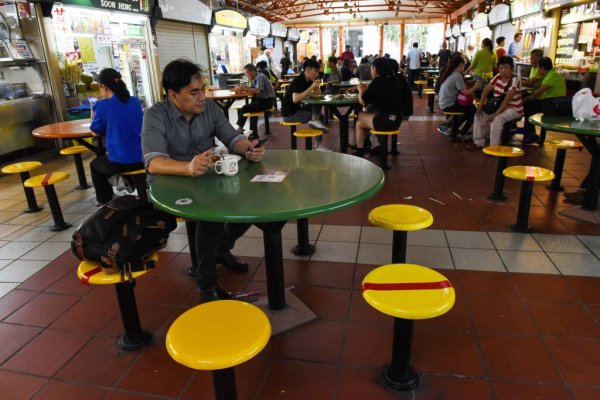 Singapore Jailing People Who Stand Too Close
Next Up: Editor's Pick