Jesus Vicente Zambada Niebla is presented to the media after his arrest in Mexico City, March 19, 2009.
Eduardo Verdugo—AP
By Nolan Feeney

A high-ranking member of the largest drug cartel in the Americas has been co-operating with U.S. authorities since he pleaded guilty to drug trafficking last year, federal prosecutors in Chicago announced Thursday.

Jesus Vicente Zambada-Niebla, who last April pleaded guilty to taking part in a “vast narcotics trafficking conspiracy” involving multiple kilograms heroin and cocaine between 2005 and 2008, coordinated logistics of narcotics deliveries as a member of Mexico’s Sinaloa cartel, according to a recently unsealed plea agreement.

Zambada-Niebla is also believed to have worked closely with Joaquin “El Chapo” Guzman, the leader of the cartel who was captured in Mexico this past February, although the information Zambada-Niebla provided is not said to have aided in Guzman’s arrest.

Although no sentencing date has been set, Zambada-Niebla is in custody and faces a maximum sentence of life in prison and a maximum fine of $4 million. If he is found to have given “full and truthful” co-operation with U.S. authorities, he’ll be guaranteed a sentence below life imprisonment.

Fernando X. Gaxiola, an attorney of Zambada-Niebla, declined to comment to the AP.

Correction: The original version of this story misstated where Joaquin “El Chapo” Guzman was captured. 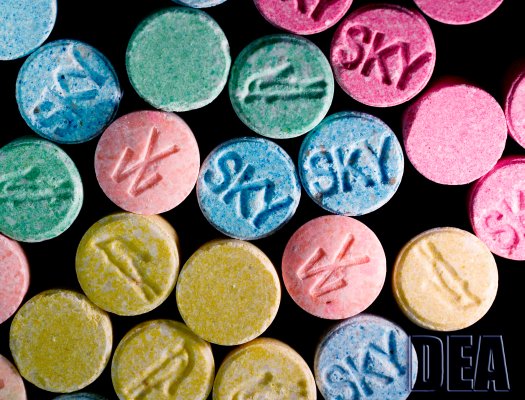 The 'Love Hormone' Can Make You Hate: Study
Next Up: Editor's Pick