Navy Hospital Ships Will Be Used in the Fight Against COVID-19. But There's Much More the Military Can Do in This Crisis

The USNS Comfort in San Juan, Puerto Rico, on Nov. 10, 2017
Dennis M. Riera Pichardo—The New York Times/Redux
Ideas
By James Stavridis
Admiral Stavridis (Ret.), a TIME Contributing Editor, was the 16th Supreme Allied Commander at NATO and is Vice Chair, Global Affairs at The Carlyle Group and Chair of the Board of the Rockefeller Foundation. He is the co-author of 2034: A Novel of the Next World War. His new nonfiction book is To Risk It All: Nine Conflicts and the Crucible of Decision

When I was Commander of U.S. Southern Command, in charge of all military operations south of the United States, I was lucky enough to break my Admiral’s Flag in USNS COMFORT, the massive U.S. Navy hospital ship. Now COMFORT and her sister ship MERCY are soon to deploy to the east and west coast respectively of the United States to render assistance in the fight against COVID-19.

Both ships are highly capable – 70,000 tons, a thousand hospital beds, and 1,200 medical professionals in addition to the Navy sailors who actually operate the ship. They are flexible and can travel hundreds of miles a day, giving them the ability to shift from port to port. In Latin America, the ships did a wide range of work, often conducting 400,000 patient treatments in a typical voyage. In fighting the current virus, their mission will be to supplement the hospitals ashore, bringing capability to bear so local medical facilities are not overwhelmed. They are a good example of what the military can do in the face of crisis.

What else can our 1.2 million active duty and 800,000 national guard and reserves do?

An important caveat: the military’s first order of business must be to maintain its own health and capability so we can ensure our national security remains strong. We cannot have coronavirus bring down our strategic nuclear forces, and our Navy ships must be ready to sail on combat missions. The Army and Air Force know that the challenges of Iran and North Korea are not going to be put on pause while we fight coronavirus. So job one will be keeping the force healthy and ready to conduct prompt and sustained combat operations.

But even given that first priority, there is a great deal the military can do immediately and over the longer term, in addition to the deployment of hospital ships:

Certainly the military is not a panacea. There is no single lever that the President can pull to solve this challenge. But our military – for which we collectively pay $700 billion annually – can be a significant part of the fight against this “invisible army.” It is a fight we must win. 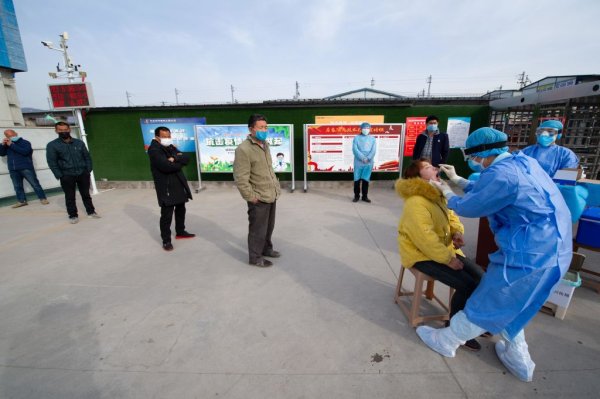 Top Geopolitical Risks in 2020: Coronavirus Update
Next Up: Editor's Pick