'My Fear, I Have to Put It Away.' Coronavirus Job Opportunities Put Workers on the Front Lines of the Epidemic

Vincent Diaz, 38, has lived his whole life in Flatbush, Brooklyn, but he can’t remember his city ever being this quiet. “Even when you see people, the energy is different,” he says. Diaz lost his bartending job after New York Mayor Bill de Blasio ordered bars and restaurants to switch to takeout and delivery only. The overall mood in his neighborhood is somber amid what’s essentially a shelter-in-place order. “Nobody is smiling and happy, even on sunny days,” he says. “There’s always this sense of dread hanging in the air.”

As companies shutter and the economy grinds to a halt, Diaz is just one of the many thousands of Americans who have been, or are in danger of being, laid off amid the COVID-19 pandemic. Aside from the hospitality industry, massive layoffs are expected in travel, manufacturing, and more. Some experts are predicting that the unemployment rate — which had been functionally nil before this crisis — could climb as high as 20%, an unprecedented figure in the modern era.

But even as the nation’s automakers stop building cars, airlines park most of their fleets and stadiums shut their doors, other companies are staffing up in a big way. Facing a crushing surge in demand, companies that provide “essential” services like grocery stores and delivery firms are urgently seeking temporary help. Amazon is adding 100,000 new full-time and part-time positions to keep up with a surge in online shopping. Walmart has announced it will hire 150,000 new associates. Kroger, a grocer, is hiring 10,000 new employees nationwide, while Safeway is bringing on more than 2,000. Fittingly, some of the job postings read more like calls to war than hiring notices. “We are currently experiencing a monumental surge in our sales & foot traffic,” read a March 13 letter from Costco management seeking temporary worker referrals from staff.

But many of the jobs being created amid the pandemic involve working at the front lines of the crisis. For those who grab hold of one of these economic lifelines, it could mean putting themselves and their loved ones at risk of contracting the potentially deadly illness. “It would be a calculated risk,” says Diaz, who’s trying to find a job before he burns through his four months worth of savings. As he sees it, we’ll all need people willing to expose themselves to danger to keep the rest of us going. “We need each other more than ever nowadays, and I think there’s going to have to be somebody, a lot of somebodies, who are going to be willing to go out there and engage.”

Like Diaz, Liliana Hernandez, a 42-year-old housekeeper, is also taking that risk. Her employer, the Fairmont Miramar Hotel in Santa Monica, told her to stop coming to work this week after bookings dried up. Her husband, a restaurant worker, recently lost his job as well. The couple has just two months’ worth of savings to support themselves and their teenage son. “Everybody is panicking,” says Hernandez, who’s going to try to find a job at a grocery store. “I’m concerned about getting infected or something like that, but we have to go on and continue to work. My fear, I have to put it away.”

Many others, including the 78% of American workers who live paycheck-to-paycheck, have even less cushion. “As a single mother, I don’t know what I’m going to do,” says Mélissa St Hilaire, 37, a home healthcare worker in Miami. She was asked to stay home starting Friday, but she only has enough money to get her family through next week. “I don’t know how long it’s going to take,” she says of the pandemic. “I’m just here waiting.”

The businesses that are hiring are largely doing their best to keep employees safe and vital services flowing, though no strategy is foolproof. John DeCicco Jr., co-owner of New York supermarket chain DeCicco & Sons, has brought on about 100 additional employees to meet demand, including many laid off from a friend’s restaurant food supplier. Among other measures, he’s limiting his stores to 30-40% the normal occupancy rates, sanitizing regularly, and providing customers and employees with gloves. “They’re on the front line, so you’ve gotta protect them,” DeCicco says. He’s also given employees two weeks of paid sick leave, in addition to their normal sick and personal days. “They’ll take care of the customers as long as we take care of them,” says DeCicco of his workers. “That’s our philosophy, and that’s what we’re trying to do.”

Others are under even more pressure. Caleb Ferling, co-owner of Seattle-area commercial cleaner Cleanstart, recently hired 20 new employees to meet surging demand as clients seek to clean their potentially contaminated offices. He outfits his workers in full personal protective equipment, including respirators and biohazard suits, when they go out on a COVID-19 cleaning job. But he’s running out of essential supplies like disinfectant, and says he’ll have to let workers go if he can’t find more. “We probably have enough for maybe a handful more jobs, and then we’re done, we’re out,” Ferling says.

Companies in other, “safer” sectors are also staffing up. As Americans suddenly find themselves depending more than ever on technology platforms for work and entertainment, listings for temporary tech jobs rose through the end of February into March, according to data from employment marketplace ZipRecruiter. “Tech companies are seeing a surge in demand for their services and their technologies,” says ZipRecruiter labor economist Julia Pollak. “They’re seeing kinds of demand that they really didn’t plan for.” Non-tech companies are also beefing up their IT departments as they scramble to move operations online to keep employees home.

Still, these hirings are hardly likely to offset the sobering losses in other areas. And for those without technology expertise, jobs requiring engagement with large numbers of people, some of whom could potentially be infected, may be the only way to survive, even as officials urge people to stay home as much as possible.

Even when some degree of normality begins to return, the economic effects of all this will reverberate for years. “Personally I’m expecting a big spike in unemployment, because I think there’s going to be a big drop in spending,” says Richard Rogerson, an economist at Princeton University. He points out that, even if people find a way to survive the financial fallout from the pandemic, their employers may not. “What you would like is, everyone just goes back to their job,” says Rogerson, about the post-health crisis period. “But what if some of those businesses don’t exist anymore?”

For now, there are a variety of efforts afoot to help laid-off workers make ends meet in the short term. Massive new relief legislation from Washington may help. In the meantime, workers are banding together. The National Domestic Workers Alliance and UNITE HERE, a union representing hotel, gaming, food service and other employees, are launching relief funds to help the hardest hit, for instance. Other ad-hoc efforts, like donation-based freelancer and creative emergency funds, could also help. Efforts like these suggest that those who are able are finding ways to help people in need. “There’s a lot of vulnerable people out there,” says Diaz, the bartender. “It’s going to be up to us normal folks to step in and do what’s right.” 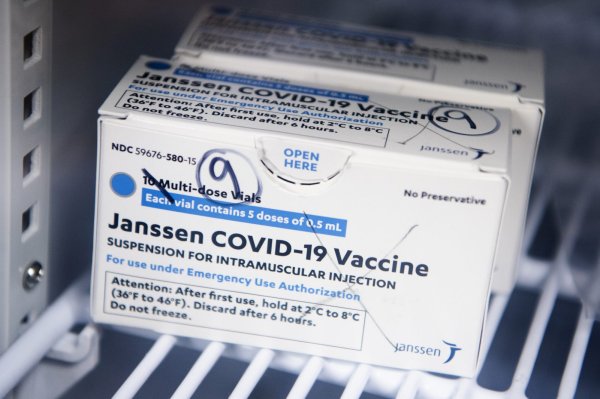