In the dozen years since, presidential candidates — from Barack Obama and Hillary Clinton to Mitt Romney and Donald Trump — have all but ignored this fund, which promises taxpayer cash to campaigns that voluntarily limit their fundraising efforts.

Yet the fund lives. It grows by the month. Republican lawmakers have tried and failed to kill it. And it now brims with more than $361.3 million that neither Trump nor presumptive Democratic presidential nominee Joe Biden has any designs on using.

Could Congress raid the Presidential Election Campaign Fund and direct it to people most in need of COVID-19 relief?

While the money remaining in the fund may not seem like a coronavirus game-changer when the federal government is debating economic stimulus packages measured in the hundreds of billions of dollars, it could — if spent in targeted fashion — still do great good.

The money could prove particularly effective if used to help vulnerable populations, such as rushing aid to the nation’s homeless, boosting gig economy workers, buttressing food programs or helping low-income tenants pay rent. It could conceivably help reshape the way Americans vote in a time of social distancing. It could also buy ventilators, test kits and disposable masks.

“Everything,” said Steve Ellis, president of nonpartisan Taxpayers for Common Sense, “should be on the table.”

Two members of Congress this week told the Center for Public Integrity they support using the fund’s money for coronavirus relief of some sort.

“As the United States faces the COVID-19 crisis and with funding resources desperately needed, I would certainly support redirecting the money currently sitting in the presidential campaign fund to help bolster our response,” said Rep. Tom Cole, R-Okla., noting that the money could “deliver a real benefit to the whole of society.”

Cole last year sponsored a bill — not yet acted upon — that would direct money from the fund to pediatric medical research.

In January, Sen. Joni Ernst, R-Iowa, similarly introduced a bill that would send money in the fund to the U.S. Treasury “only for reducing the deficit.”

The senator is now willing to strike beyond that.

“At this time of need, clearly off-setting the cost of some of the response is a good idea, so redirecting the millions of dollars sitting in this outdated, unused program makes sense,” said Ernst spokeswoman Kelsi Daniell, who added that the senator would work on a proposal that “will look at ways to do just that.”

Ernst on Friday announced that she would file a bill calling for money in the Presidential Election Campaign Fund to be redirected to the Department of Health and Human Services’ Strategic National Stockpile, which stores and distributes supplies for emergency situations.

“This is simple,” Ernst said. “We should immediately move that money to where it’s critically needed: let’s put it toward more masks and personal protective equipment for the health care workers who are on the front lines of this pandemic.”

But not everyone agrees bleeding dry the Presidential Election Campaign Fund is appropriate, even in service of the nation’s coronavirus response.

“To combat the coronavirus epidemic and protect the American public, Congress must remain focused on supporting a coordinated, fully funded, whole-of-government response,” said Peter Whippy, spokesman for the Committee on House Administration, which is led by Rep. Zoe Lofgren, D-Calif. “Public campaign financing is a separate and unrelated matter. Needlessly predicating support for one upon the elimination of another would only serve to complicate Congress’ efforts to swiftly respond to this public health emergency.”

As a concept, public financing of federal elections is a worthy idea, even if the current presidential public financing system has fallen into disrepair, said Erin Chlopak, director of campaign finance strategy for the nonpartisan Campaign Legal Center.

Democratic lawmakers in particular advocate for enhanced public financing of political campaigns in the name of reducing the role of big money and, in their estimation, democratizing elections. Chlopak argued that draining an existing reservoir of public funding for political campaigns — particularly one Americans have knowingly funded by earmarking $3 on their tax returns — “would further undermine” efforts to reform the system.

The White House declined to comment. The presidential campaigns of Biden and Sen. Bernie Sanders, I-Vt., did not respond to inquiries.

The Presidential Election Campaign Fund took shape during the 1970s as part of sweeping campaign finance reforms enacted in the aftermath of Watergate.

Obama, however, declined to accept public matching funds during the 2008 election because he gambled — correctly — that he’d raise more money from private donors.

There’s some precedent to Congress directing the fund’s money to something other than its intended purpose.

In 2014, the Gabriella Miller Kids First Research Act ended taxpayer funding of national presidential nominating conventions and directed that money to a pediatric research initiative administered by the National Institutes of Health. In 2019, more than $40.7 million from the fund was diverted for this purpose, federal records show. 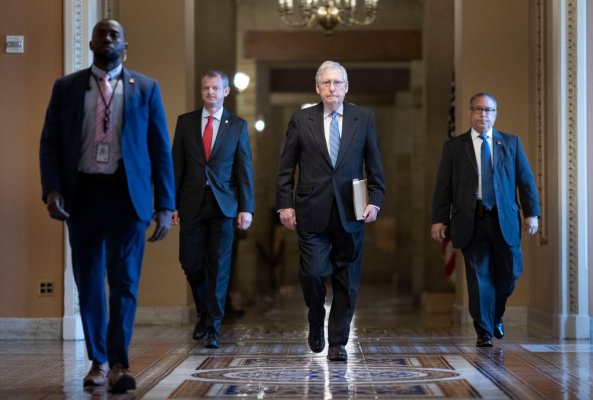