By Kimberly Dozier and Vera Bergengruen

Anticipating the likely investigation into their handling of the coronavirus outbreak, current and former Trump Administration officials are starting to push back on widespread allegations that the Administration’s cuts to critical global health staffing and funding may have hampered its response. Much of that attention has focused on the 2018 disbanding of a National Security Council unit focused on pandemic preparedness, which critics say left a leadership vacuum in global health security at the White House.

President Donald Trump dismissed criticism that disbanding the team had slowed things down, calling it a “nasty question” at a White House briefing. “I don’t know anything about it,” Trump said at the March 13 press conference. But a long list of experts, lawmakers and former officials spent the last 18 months warning that the Trump administration needed to reinstate it before it was too late.

“We worked very well with that office,” Dr. Anthony Fauci, director of the National Institutes of Health’s National Institute of Allergy and Infectious Diseases, told Congress on March 11. “It would be nice if the office was still there.”

Now architects of the NSC reorganization are speaking out, defending the White House’s decision by arguing that they merely streamlined a bloated organization and put pandemic and bioweapons experts in the same room, a move that was tested in real time by the 2018 upsurge in cases of the Ebola haemorrhagic fever in the Democratic Republic of Congo. Former officials say that the outbreak has been largely defeated, proof that the current White House can readily respond to such threats if given enough warning. They instead blame China, claiming the country waited weeks, if not months, to warn the world early enough to stop the spread of COVID-19, with Trump and other officials now calling it the “Chinese virus.” China alerted the World Health Organization to several unusual cases of pneumonia on Dec. 31.

It is the case they are making to the public now in anticipation of Congressional investigations to come into how the Trump Administration fumbled its early response to the virus, according to two former senior administration officials, who spoke on condition of anonymity as they anticipate this will become a legal matter in the future.

Trump’s former National Security Advisor John Bolton has tweeted that claims that his reorganization of the NSC impaired the country’s biodefenses are “false.” Tim Morrison, the former Special Assistant to the President for Counterproliferation and Biodefense under Bolton, tells TIME “I’m defending my people, who did tremendous good work in the White House — defending people I hired who are there now, working 18 hours a day.” Former NSC official Richard Goldberg tweeted a similar defense Sunday: “There was a team. There is a team. They beat Ebola. They’ll beat this. I see no evidence they are flailing.”

Just a month before the first coronavirus cases emerged in China, a two-year CSIS commission, which included six members of Congress, health experts, and former U.S. and military officials warned that they were “sounding the alarm that the U.S. government is caught in a cycle of crisis and complacency” when it came to preparing the country for a pandemic. As its very first recommendation, the commission urged the White House to restore health security leadership at the NSC.

Staff dedicated to the what-if scenario of a global pandemic are vulnerable in any government that isn’t facing a public health crisis. The Trump Administration has become the third White House in a row to downgrade or eliminate the senior White House personnel tasked with tracking disease and bioterrorism threats, according to Kenneth Bernard, a retired Rear Admiral and physician, who served as a special assistant to the president for security and health during the Clinton and George W. Bush administrations. He served in the top role in the Clinton National Security Council, only to be ignored by the incoming George W. Bush Administration, which eliminated his special advisor position.

But after the 9/11 attacks on New York and Washington spurred fears Al-Qaeda would follow up with a bioweapons attack, and the anthrax attacks of 2001, the Bush Administration re-established the office, bringing Bernard back to serve as the first former Special Assistant to the President for Biodefense, as a subset of the White House’s Homeland Security Council (HSC), which later helped combat outbreaks of SARS and the Avian Influenza.

Building on work done by similar iterations in the Bush administration, the NSC office was dedicated exclusively to be the smoke alarm to warn of the first sign of a fire before it becomes a blaze, Beth Cameron, who headed the office under Rice, tells TIME. It was designed to feed expertise and recommendations directly to key decision makers in the event of a global health crisis, when speed is essential. Focusing on detection and preparedness, it boosted international biosurveillance networks to track the next emerging disease.

It also measured the health capacities of several countries — their labs, emergency operation centers and epidemiology expertise, Cameron said. The unit’s job was to be ahead of the curve during an eventual pandemic, when everyone else – health agencies, hospitals, state and local governments – would be swallowed up by the demands of keeping up with a rapidly mounting number of cases.

The office continued to function during the first year and a half of the Trump Administration on the recommendation of White House Homeland Security Advisor Thomas P. Bossert, a vocal advocate for a comprehensive biodefense strategy against deadly pandemics. Bossert left when Bolton took charge in April 2018, and the health professional heading the team, Rear Adm. Timothy Ziemer, abruptly left his post in May.

At roughly the same time, the team was disbanded as part of Bolton’s broader effort to reorganize the NSC and reduce the body’s headcount of career officials from agencies detailed to the White House. Trump’s allies felt there were too many layers of bureaucracy and the large staff posed a heightened risk of leaks.

“The Global Health Security directorate was absorbed into another directorate where similar responsibilities still exist at the National Security Council but under different titles,” a senior administration official tells TIME, insisting that the NSC continues to be “staffed by officials with extensive experience and expertise including in virology, infectious disease epidemiology, global health security, public health, and emergency response.” The official spoke on condition of anonymity because he was not authorized to speak publicly.

But others say that dismantling that team, and downgrading the role of its director, sent a signal to the entire U.S. government that the post no longer mattered. “What it did was it told everyone in the interagency that Bolton and the President don’t value this because they took away the senior director position, and gave it to worker bees,” Bernard says.

Former Obama officials have slammed the Trump administration’s dismantling of the team, noting that they did their best to warn and prepare the incoming administration, even holding a tabletop exercise seven days before Trump’s inauguration. Many of the scenarios they outlined in the briefing — a global pandemic, a shortage of ventilators, the necessity of a unified response — have now become reality.

“Rather than heed the warnings, embrace the planning and preserve the structures and budgets that had been bequeathed to him, the president ignored the risk of a pandemic,” Rice wrote in an editorial.

The director position was absorbed into an office headed by Tim Morrison, the special advisor for a portfolio within the NSC that included weapons of mass destruction as well as pandemics. Morrison, now a senior fellow at Hudson Institute, tells TIME he recruited more bio-health experts from the national security and intelligence community, which he says paid off in the team’s ability to assist the global effort that has largely defeated the 2018 Ebola outbreak in the DRC.

“We very quickly ended up shifting from theoretical to: ‘We now have Ebola, what are we going to do?’” Morrison said they turned the corner on the disease in roughly a year, with no new cases being reported by the World Health Organization as of early March. He says that’s thanks in large part to the vaccine developed by the Obama Administration.

In August 2018, that unit rolled out a National Biodefense Strategy that both Bossert and Morrison say has served as a roadmap for the Administration in the current U.S. response to the coronavirus. It put the “day-to-day coordination and execution” of biothreats and global health security crises under the Secretary of Health and Human Services, rather than national security officials.

But former White House health officials maintain the response has been haphazard, with a leadership vacuum at the White House exacerbating the delays and confusion in the early weeks of the outbreak.

“After the coronavirus hit, it was a hair-on-fire standup of a committee chaired by HHS Secretary Alex Azar,” says Bernard, unimpressed by the cabinet member’s handling of the crisis. “Where we are now is that we have a whole of government response that started ad-hoc, just like with Ebola. It’s not efficient and you waste a lot of time. Delays in response cost lives. When you lose time with an epidemic, it really matters.”

“The job is to stay one step ahead,” Cameron said. “We’d not let things linger,” like the inaction that seemed to grip the administration when the first batch of COVID 19 testing kits proved faulty. “Even if there was a lack of understanding of what went wrong…we would have asked “are there other options?’

After it became clear that focusing on a containment strategy was not enough, as dozens of cases were reported in several states, Trump did eventually decide to move the response leadership back inside the White House. He put Vice President Mike Pence in charge of the administration’s newly formed Coronavirus Task Force.

Cameron says her team likely would have spotted COVID 19 coming long before there were cases in the U.S. “We would definitely have been sending up flares,” she says.

“With Ebola, we knew the strain and had a vaccine for it. We’re inventing tests on the fly for COVID. With Ebola, the government of Congo wanted to work with us…but that’s not the case with the Chinese Communist Party. At every step…they blocked us,” he says, including by delaying turning over the virus genome to the World Health Organization until January after the disease had been tearing through Chinese communities for months. “Those are weeks we could have taken steps to protect ourselves….and we didn’t know how to because the Chinese sat on the information.”

Another former administration official, speaking anonymously in order to describe discussions with the President, placed the blame on Trump himself, who initially praised Beijing for its handling of the outbreak. “The United States greatly appreciates their efforts and transparency,” Trump tweeted Jan. 24. “It will all work out well. In particular, on behalf of the American People, I want to thank President Xi!” Trump has now shifted to blaming China for being too slow to notify the international community, but the intervening weeks muddled the message the commander in chief was sending to Americans about the origin and scope of the threat.

“Basically, the President hates to admit to anything that could affect the economic success negatively…and equally important, never wants to say anything about Xi Jin Ping or China that might impact the trade deal,” the official says. “Some have said it’s kind of a blindness.” 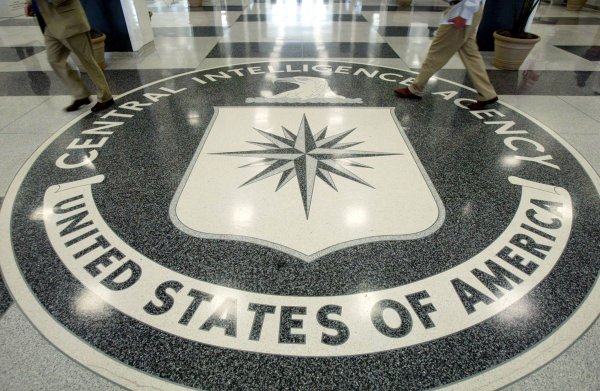 How Coronavirus Is Impacting Spies
Next Up: Editor's Pick