Doom Eternal Is the Best Doom Game Ever Made, Period

I am become death, the Slayer, the Hell-walker. I am Doomguy — protagonist of the Doom franchise and killer of the hordes of Hell. I walk through the installation housing the BFG-10,000, a powerful weapon Earth is using to beat back Hell itself. The employees part before me, quivering in fear. Soon, I will use the BFG to blow open a hole in Mars itself and move through the planet’s broken surface to deliver a reckoning of Biblical proportions upon the demons that plague my people.

This is Doom Eternal, the ultimate power fantasy, and the latest installment in one of gaming’s oldest first-person shooter franchises. Doom has, and has alway had, a simple setup. You’re one man against hell — slaughtering demons with an arsenal of weapons and, if necessary, your bare fists. I grew up playing Doom and Doom II: Hell on Earth. They hold a special place in my heart. So please, believe me when I say that Doom: Eternal is the best game the franchise has ever produced.

Doom Eternal is about momentum. If Doomguy stops moving, he’ll die. Thankfully, the game is built to keep the player moving. Doomguy is agile. He can leap, dash through the air, grab onto walls, and swing from various poles. Levels are like jungle gyms full of opportunities to put Doomguy above the fray or make a hasty escape.

And while you’re running and jumping, you’ll kill lots of demons. Demons aren’t just enemies, they’re also resource nodes. Demons drop health, ammunition, and armor depending on how you kill them. Low on health? Stagger an Imp and rip him apart with your hands to get some health orbs. Running out of shotgun shells? Use the chainsaw to open up a Revenant and spawn ammunition. If your armor is almost gone, use the shoulder mounted flamethrower to turn a damned soul into a fountain of green armor shards. This mix of movement-based level design and resource management-based combat is a blast.

Doom Eternal’s levels are an absolute delight, a great mix of exploration, exposition, and danger. Players who just want to run through the campaign will have plenty of fun, but players who want to slow down and explore a little will be rewarded with power-ups that change the way weapons function, customization points that change the way Doomguy deals and takes damage, secret soundtracks, and collectible toys Doomguy keeps on a shelf in a floating fortress high above Earth’s atmosphere. There’s also a lot of story and lore if you need to know the motivations of the Doomguy.

Doomguy is the perfect avatar for those who feel powerless. He’s a relentless force of holy retribution, mysterious in his origins and unrelenting in his taste for vengeance against the demons who’ve wronged him. How did the demons wrong him? Don’t worry about that. Why does he have such incredible power? Stop asking so many questions. You’re playing Doom Eternal to kill demons, not interrogate its premise.

Still, if Doom Eternal has one weak point — and it isn’t much of one — it’s that it attempts to combine violent slapstick action with a semi-serious exploration of its moody, demon-hating protagonist. But most gamers will probably skip the backstory, and that’s fine. This is a game about moving through space and slaying demons, not character development or world-building.

Doom Eternal seems to know this too. Doomguy doesn’t engage with the story so much as move through it. Remember, this is a game about momentum, and Doomguy is an unstoppable force. There’s always a cutscene playing that explains why you’re at this particular facility killing this particular demon, but Doomguy doesn’t seem to care. When he reaches the BFG-10,000, he immediately presses the button to blow a hole into Mars. When it doesn’t work, he grips the weapon and repeatedly presses the “fire” button, his impatience clear as he listens to a computer explain the error. 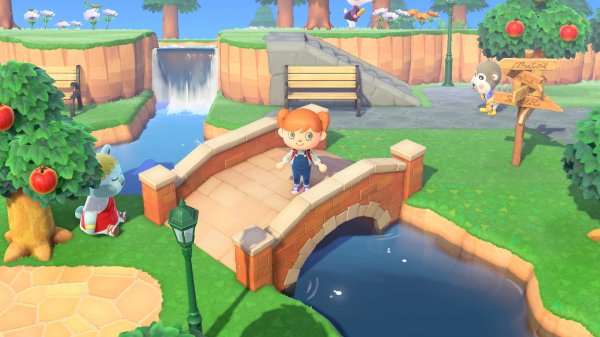