Postpartum Anxiety Is an Epidemic Among American Mothers. Why Does It So Often Go Undiagnosed?

As a new mother, I worried about mouse poop in the small cabin where I lived. About fracking chemicals in the water. About glyphosate in the oatmeal. About flame retardants in pajamas. About phthalates in toys. Although it constantly overwhelmed me, I thought my anxiety was normal, even necessary. After all, it was my job to protect my child. When I mentioned my fear at my six-week follow-up appointment after birth—the sole instance of medical care many new moms receive in the entire year -postpartum—the midwife shrugged and chided me that anxious mothers make anxious children.

For more than two years, I worried as a full-time job, all the while telling myself I was a good mother, an extra-vigilant mother, a mother who wouldn’t make a critical mistake that would harm her child. I Googled, I read scientific studies, I could recite the latest American Academy of Pediatrics recommendations about screen time. Meanwhile I boxed myself into a narrow, miserable life, full of ritual acts of prevention and desperate information-seeking.

Our notion of mental illness in the postpartum period is limited to the image of the depressed woman, crying, unable to get out of bed, uninterested in her baby. But, like me, many women who struggle with mental health in the perinatal period -experience anxiety and intrusive thoughts as their most intense symptoms. Only when I began to talk openly with other women about what I had gone through did I finally recognize my anxiety as an illness, and not simply good mothering.

Anxiety is a silent epidemic among American mothers. It is debilitating, but normalized and even socially sanctioned. We’ve come to confuse fear with love, and the pursuit of zero risk with responsible parenting. There is no established definition of post-partum anxiety, and no category for it in the –Diagnostic and Statistical Manual of Mental Disorders (DSM). In most medical literature, it either does not exist or is a mere symptom of postpartum depression (PPD).

This lack of medical attention to postpartum anxiety persists in spite of compelling evidence of its prevalence. A 2013 study led by Dr. Ian Paul, a pediatrics professor at Penn State College of Medicine, found postpartum anxiety rates around 17% among new moms and depression rates around 6%. A 2016 study by University of British Columbia assistant professor Nichole Fairbrother had similar results: 17% of women surveyed during the first three months postpartum struggled with anxiety and related disorders, whereas 4.8% experienced depression. “Any general pediatrician and obstetrician could tell you that it’s way more common for mothers to be anxious about their babies and themselves after delivery than it is for them to be depressed,” Paul told me. “Clearly they’re two distinct sort of sets of behaviors.”

This view seems to be gaining ground. When I interviewed Dr. Samantha Meltzer-Brody, Disorder who established the international consortium Postpartum Depression: Action Towards Causes and Treatment (PACT) and who directs the UNC Center for Women’s Mood Disorders and is the UNC Chair of Psychiatry, in June 2017, she told me that depression manifests differently in different people and that some moms have strong anxiety with no mood symptoms but still have PPD. She also noted that she thought the DSM should more clearly emphasize anxiety in its characterization of PPD. I found her explanations compelling, but as someone who felt no overwhelming sadness, suicidal ideation or anhedonia (the inability to feel pleasure), I chafed at the suggestion that I was depressed. This could have been my misunderstanding of depression, but it also seemed to echo a long history of women being told they don’t understand what they’re feeling. It also raised the question of how far language can be stretched until it obscures rather than illuminates. Since then, Dr. Meltzer-Brody’s view has evolved. She believes that the current landscape around how perinatal mood and anxiety disorders is changing and that many professionals in the field now view the range of perinatal mental health symptoms as a spectrum and endorse the idea of anxiety as a distinct category of perinatal mental health disorders.

It is time to recognize anxiety as a serious problem in American motherhood. It is time to start paying as much attention to the health of new mothers as to the health of their babies. “It is normal for new mothers to worry,” one mom I interviewed was told over and over, even as she hid all her knives in her basement. It should not be normal for mothers to worry the way they do. It is our society’s responsibility to support women as they become mothers with medical and mental-health care, paid leave and quality childcare, instead of leaving them floundering in isolation and worry. Otherwise, with a culture that rewards obsessive anxiety as proper vigilance, mothers are bound to drown in fear.

Menkedick is the author of Ordinary Insanity: Fear and the Silent Crisis of Motherhood in America

Editor’s note: A previous version of this article stated that Dr. Samantha Meltzer-Brody believed that anxiety could be one way in which postpartum depression manifests but that it was not a distinct category. She said this in an 2017 interview and her view has changed since then. This article has been updated to include her current thinking. 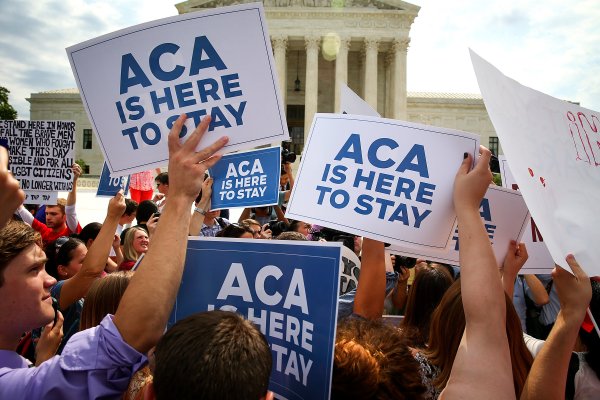