'There Won’t Be Anyone to Harvest the Crops.' Coronavirus Travel Bans Squeeze Migrant Labor

Farm workers harvest lettuce in a field outside of Brawley, California on Jan. 31, 2017.
Sandy Huffaker—AFP/Getty Images
By Bloomberg

Across the globe, governments are imposing travel limits in a bid to stem the spread of coronavirus. The unintended consequence is a squeeze on migrant labor that’s a cornerstone of food production.

American produce growers preparing to harvest crops are warning of a devastating impact on fruit and vegetables after the U.S. Embassy in Mexico announced a halt to visa interviews for seasonal farm workers. Slaughterhouses also may face labor shortages.

In Australia, growers say the country may face shortages of some fruits and vegetables because of travel curbs, with the nation traditionally using overseas workers for one third of seasonal farming jobs. Kiwifruit pickers are in short supply in New Zealand. And in Canada, travel limits threaten meat processors that rely on temporary foreign workers to fill chronic labor shortages.

“There won’t be anyone to harvest the crops,” said Robert Guenther, senior vice president for public policy for the United Fresh Produce Association, which represents U.S. growers, distributors, wholesalers and retailers. “It will be devastating to growers and ultimately to the supply chain and consumers. They won’t have the food.”

Expectations for a labor crunch reveal how interconnected the world of global agriculture has become, and expose the strains of production and areas of vulnerability to the supply chain. In many key food-making nations, the industry relies heavily on migrant and immigrant workers to fill jobs that middle-class citizens shun. Think of the back-breaking work of tomato pickers, the dangerous conditions at slaughter houses and what many would consider the unpalatable environment of large livestock-feed operations.

The timing for the disruptions in some ways couldn’t be worse. In the Northern Hemisphere, farmers are gearing up for their peak spring and summer growing seasons. Ranchers also tend to sell more animals to slaughter at this time of year.

While large grain and oilseed operations in the U.S. don’t rely as much on seasonal workers, many fruit and vegetable operators do. Leafy greens, berries and cucumbers are likely to be hit first by the loss of seasonal workers, Guenther said. Tree fruit such as peaches, plums, nectarines and citrus would be affected heading into May and June, he said.

The U.S. Embassy in Mexico posted a notice on its website announcing it was indefinitely halting visa interviews needed to process applications to come to the U.S., including for seasonal farm workers under the H-2A visa program.

The U.S. Department of Agriculture “is directly engaged with the State Department and working diligently to ensure minimal disruption in H2A visa applications during these uncertain times,” the agency said in an emailed response. “This Administration is doing everything possible to maintain continuity of this critically important program.”

U.S. Agriculture Secretary Sonny Perdue told farm representatives in a conference call Tuesday that the State Department will process visa applications from returning farm workers who are eligible for interview waivers, said Dave Puglia, president of Western Growers Association, which represents 2,500 businesses in California, Arizona, New Mexico and Colorado. The USDA didn’t immediately respond to a request to confirm his account of the call.

The U.S. State Department didn’t respond to requests for comment on the visa interview halt.

“Under the new restrictions, American farmers will not have access to all of the skilled immigrant labor needed at a critical time in the planting season,” Duvall said. “This threatens our ability to put food on Americans’ tables.”

In Canada, the restrictions may hold up visas for people who had jobs lined up at the nation’s protein plants from places such as Central America or the Philippines, said Chris White, president of the Ottawa-based Canadian Meat Council. The workers are “critical” to the nation’s meat production.

In Australia, the government on Monday imposed a two-week self-isolation period for anyone coming into the country. That restricts the agriculture industry’s access to a key source of seasonal labor.

The small coastal town of Bowen, in northern Queensland, is now readying for its winter vegetable harvest and is an example of an area that could be affected, said Richard Shannon, policy and advocacy manager at the state’s horticulture industry group Growcom.

“They supply during winter 90% of our tomatoes and capsicums, so that small town grows exponentially during harvest season and relies heavily on folks coming from interstate and overseas,” Shannon said.

–With assistance from Joe Richter, Nick Wadhams and Jen Skerritt. 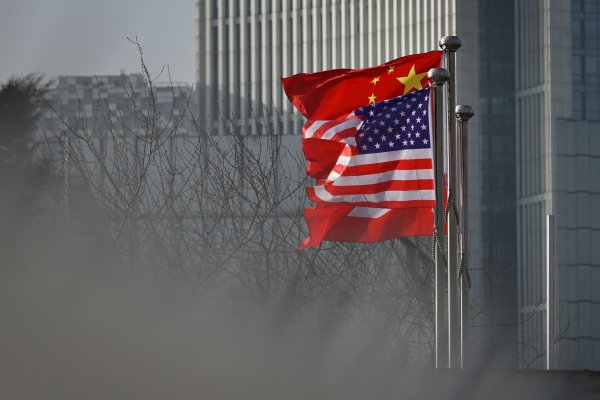 China Announces Expulsion of U.S. Journalists
Next Up: Editor's Pick