Poll Workers Didn't Show Up at Some Primary Election Precincts on Tuesday Because of COVID-19 Concerns, Limiting People's Ability to Vote

A voter wears a protective mask while exiting a polling station after casting a ballot in Miami, Florida, on March 17, 2020.
Jayme Gershen—Bloomberg/Getty Images
By Madeleine Carlisle

When Julie Snyder of Delray Beach, Fla., first tried to cast her vote Tuesday in the Democratic presidential primary, she was unable to do so because one of the election supervisors had not arrived to her polling location at the city’s Emmanuel Catholic Church.

“I’m just really frustrated. I don’t know what to do,” the 59-year-old told TIME on Tuesday morning, adding that while she waited for the election worker to arrive she saw multiple other people try to vote and leave. Snyder says she had wrestled with whether to vote on Tuesday at all, after self-isolating for over a week, but decided that she had to because this election is too crucial “given what is going on in this world.” She says she was able to vote later that day once a neighbor texted her that the location had opened.

Three states — Florida, Arizona and Illinois — held their presidential primaries on Tuesday amid the coronavirus pandemic; in all three, poll workers did not show up to some locations, making it difficult for many to vote. (The states had added extra precautions, such as sending cleaning supplies and gloves, to help protect the health of voters and workers.) In Ohio, which was also scheduled to hold its primary on Tuesday, officials canceled voting and declared a public health emergency mere hours before polls were meant to open.

Local and state governments across the U.S. have ordered the closure of schools, businesses and restaurants in an attempt to stem the spread of COVID-19. On Monday, President Donald Trump issued guidelines for Americans to not hold gatherings with more than 10 people and urged elderly adults to stay home; as of Tuesday evening COVID-19 had infected over 6,300 people and killed over 100 in the U.S., according to a tracker by Johns Hopkins University.

During a press conference on Tuesday afternoon, Wendy Sartory Link, the Palm Beach County Supervisor of Elections, said she had to move three polling locations because multiple polling workers who had committed to show up did not arrive on Tuesday morning. She added that her office had extra staff to deal with the influx of vote-by-mail ballots they had anticipated. (Data from the Florida Division of Elections shows that 430,000 Floridians voted early and 650,000 had voted by mail in the Democratic primary.) Around 800 Florida poll workers had already said they would not show up on Tuesday out of to fear of the virus, according to the Palm Beach Post.

Over 20 poll workers also didn’t show up to their positions in Okaloosa County, Fla., according to to the Associated Press. Elections Supervisor Paul Lux told the AP that his staff was “at the honest end of the rope.”

Etan Mark, a 41-year-old attorney from Miami Beach, says that when he went to vote this morning, his polling place was “desolate.” He says he felt like he was in the difficult position of having to choose between his civic duty and the government’s guidance to self-isolate, and wishes that Florida had postponed its primary.

Illinois also struggled with no-show workers on Tuesday; the AP reports that state officials scrambled to relocate 50 polling places ahead of Tuesday’s election after workers canceled. Like Florida, Illinois saw its early voting numbers increase — Politico reports early voting was up by 22.5% in Chicago compared to 2016.

Brian Prigge, 31, tells TIME that when he showed up to vote in Barrington, Ill., at 7:15 a.m., he found a sign on the door that read “election judges did not show up. Please contact the county which you live in on the voting website for updates.” Prigge said the precinct opened later in the day and he was able to vote.

James Scalzitti, the director of communications at the Cook County Clerk’s Office, tells TIME in an email that, “apparently the election judges assigned to that site did not show up for work today.” He added that the Clerks Office transferred judges to the site and was able to get it running by 9 a.m., and that the site will stay open an extra hour to accommodate any voters who could not vote in the morning.

Rebecca Gross, a 16-year-old student election judge in Chicago, also tells TIME that their station’s blue box, which is needed to allow people to vote, still had not arrived as of 6:30 p.m. ET, meaning they’d had to turn away everyone to different polling locations. She says she had turned away at least 100 people by 10 a.m.

Chicago Election Board spokesperson Jim Allen tells TIME that Gross’s polling location, Broadway United Methodist Church, was one of 200 precincts where they had to relocate to a new site because the original location had pulled out, causing some delays in getting some election supplies in place.

While Arizona has reported fewer no-shows, the state also struggled with people pulling out in the week before the election. In Maricopa County, which includes over 4 million people, 78 polling places said last week that they would no longer participate in the primary, due to the threat of coronavirus, per FiveThirtyEight.

Alex Gulotta, the Arizona state director of All Voting is Local, an organization that works to eliminate barriers to voting, said on a Tuesday press call that there was “some confusion” about polling places having changed in Maricopa County. But he added that the county’s decision to make each location a Voter Center — meaning anyone could vote at any location — helped stem confusion. He said that while voter turnout was low, more people voted by mail than did in the 2016 primary.

Given that many people are choosing to self-isolate to protect themselves and those around them from coronavirus, some had called for Tuesday’s primaries to be pushed back to a later date. Others, like Larry Sabato of the University of Virginia’s Center for Politics, cautioned against the precedent that could be set by calling off major elections on the eve of voters heading to the polls.

A total of 441 delegates are at stake across Tuesday’s Democratic presidential primaries.

Louisiana, Kentucky and Georgia have all postponed their primaries because of the threat of the virus. 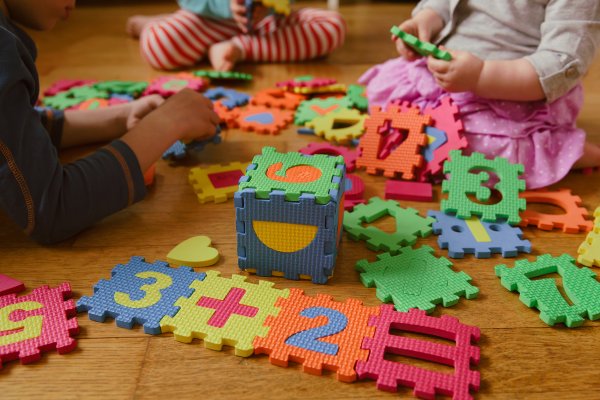 Parents, Childcare Workers Struggle Amid COVID-19
Next Up: Editor's Pick