'How Can We Survive Summer?' Coachella Valley Workers Reel From Festival's Postponement

Festivalgoers are seen during the 2019 Coachella Valley Music And Arts Festival on April 21, 2019 in Indio, California.
Rich Fury—Getty Images for Coachella
By Andrew R. Chow

When festivalgoers flood the Coachella Valley in Southern California each April, Ricardo Osuna works nonstop. Osuna is a handyman who has his own maintenance and construction company, Osuna Residential Services; he also runs a security company, while his wife runs a cleaning business. Usually, all three businesses are flush with opportunities during the three weeks of Coachella and its sister music festival Stagecoach: there are dozens of AirBnBs to be mopped, elaborate costumes to be dry-cleaned, pool parties to be protected. Every one of these jobs is important to Osuna, given that they carry him through a brutally hot summer stretch in which tourists and jobs vanish from the desert.

But this April, Osuna is staring at a mostly blank calendar. Last week, Coachella and Stagecoach were postponed until October due to concerns over coronavirus; California governor Gavin Newsom banned gatherings of more than 250 people statewide. Osuna says that calls for cancellations for all three businesses have been piling up, and that the $20,000 to $25,000 he would typically make over the three weeks has all but vanished into thin air.

“There aren’t any reservations for any people coming in, and no repairs needed. It’s kind of scary,” he told TIME in a phone interview. “This is how we make our living.”

Osuna’s anxiety reflects the current mood of many workers and small business owners in the Coachella Valley, where the two April festivals brought in a regional economic impact of over $400 million in 2017, according to a study by the Greater Palm Springs Convention and Visitors Bureau. While many locals don’t work directly in the music industry, their businesses—from bike shops to food trucks to restaurants—rely disproportionately on the festivals for their yearly income. After months of planning around the Coachella rush, they woke up this week to radically different economic circumstances.

And similar situations are unfolding across the country, as large scale events are cancelled and postponed in an attempt to slow the spread of the virus. Austin’s economy has been hit brutally by the cancellation of SXSW; restaurants are shuttering across the country as people shelter in place.

“My initial reaction was, ‘It’s a wrap,’” Heidi McArthur, who runs the children’s store Jadabug’s Kids Boutique in La Quinta, says of the postponement announcement. “How can we survive summer when it’s starting in early March instead of May?”

Festivalgoers at the Merchandise Tent during the 2019 Coachella Valley Music And Arts Festival in Indio, California.
Getty Images for Coachella—2019 Getty Images

Tourism is the economic driver of the Coachella Valley, which sits 120 miles east of Los Angeles. One in four people there work in hospitality, catering to tennis tournaments, wine tours, and the “snowbirds” who flee colder cities during the winter to bask in the Southern Californian sun for a few months before returning home. During the spring season, the area swells by several hundred thousand people.

And for many locals, Coachella is the most important event of the season. Not only is it one of the biggest, admitting a hundred thousand people each day, but it’s the season’s last money-making opportunity. “A lot of the people who have mom-and-pop businesses or people in the service industry work all winter long and save their money up for those four to five months that it’s slower,” says Glenn Miller, the mayor of Indio, the city where Coachella takes place.

One of those mom-and-pop businesses is Old Town Peddlers, a bike shop founded five years ago by Elisa Guerrero and her husband Gabriel. When the pair attempted to rent out bikes for their first Coachella in 2015, they were overwhelmed by requests and ended up investing in a fleet four times the original size. Now, April is their biggest month of the year, in which they can count on their 80 bikes being rented out completely. In early March of this year, many reservations had already been called in, sending them well on their way toward that goal.

But when Goldenvoice, Coachella’s promoter, pulled the festival last week, the cancellations started coming in fast. “We’ve had to refund several thousand dollars of reservations,” she says. At the moment, just 30% of her fleet is booked for next month; Guerrero is banking on last-minute reservations or walk-ins. “There is a sense of cautious optimism,” Guerrero says. “We want to believe people will still come out here, even if not for the concerts.”

Vince Paternoster, a realtor and property manager, is more concerned. The Palm Desert native bought his first investment property in December specifically for the potential of the Coachella season. If Paternoster rents out the whole month to one client, he can take in $5,000 for the month. If he books it out in shorter increments to festivalgoers, he could double that, allowing him to make renovations when the tourists clear out in the summer.

Those plans are gone now, and the house is sitting empty and racking up homeowner’s association fees. Another 20 to 30 units Paternoster also rents out all remain unbooked for April. Paternoster worries the festival may not even return in October, if the pandemic does not slow enough to allow for large gatherings to resume—and that even if it does, it could have spillover consequences for the next year of business. “If they do come back in October, are they going to return in April again on schedule?” he says. “I think the shockwaves are going to be felt for quite a while.”

McArthur’s store, Jadabug’s Kids Boutique, sits a 10-minute drive from the festival’s campgrounds, and relies heavily on the spring season of tourism for business. And while it might not seem like a children’s clothing store would be particularly boosted by a music festival, McArthur says she can make $50,000 during the three festival weekends from selling custom t-shirts and diapers and renting out toys and bathtubs to visiting families.

But her snowbird clientele started disappearing immediately last week once concerns over coronavirus started to escalate. “From Sunday to Monday, we probably went from 100 customers to 5 overnight,” she says. Now, McArthur is stuck with shelves of seasonal inventory; she was forced to let her two employees go, leaving her as the sole worker at the shop. She is unsure if the store will make it through the year. “I don’t know that I would call it pessimism—I think it’s our reality,” she says.

Many other workers in the valley find themselves with empty schedules. Rudy Gutierrez runs a local employment agency, All the Right Connections, which employs 2000 people during the festival season—some directly to Goldenvoice in office jobs, skilled labor, accounting and other fields. Gutierrez says the opportunities have evaporated, and that he and many of his clientele are living paycheck-to-paycheck. “These folks are working two or three jobs. They have other family members, young children,” Gutierrez says. “Summer living conditions out here aren’t the best. We have folks living in trailer homes. This money makes those situations better.”

Arcadia Barrile, a freelance festival worker who lives in Southern California, was driving back from Okeechobee Music & Arts Festival in Florida to work at Coachella when she had learned it had been postponed. “I’m in Texas with my family trying to decide whether I should stay here to save gas money or head back, not knowing when my next paycheck is going to come,” she says. “A lot of small businesses are closing right now, and I don’t know if there’s anything I’m qualified for where I could get hired.”

Barille is one of many festival workers who live a transient life, traveling across the country at their own expense to work at dozens of festivals per year. For her, Coachella’s return in October offers little comfort because the month is another busy period for festivals: it now overlaps with Austin City Limits, Joshua Tree Fall Music Festival and Aftershock Festival. “Rescheduling doesn’t mean I get to work the same amount—it just means I have to pick which ones I want to work,” she says. She is also concerned that the autumn pileup of postponed events—like the New Orleans French Quarter Festival—could leave festival staffs shorthanded and disorganized. “Health and safety could be really impacted,” she says.

Back in Coachella Valley, residents are hoping to stretch out their savings to make it to October. Mayor Miller says that Indio itself has reserves that will carry the city through the summer months. “We’ll weather that storm and make the adjustments we need to without any services being cut for our residents,” he says. He also hopes to work with gas and electric agencies to find solutions for cash-strapped residents. “We’re going to look at what we can do to maybe roll back water bills or give people more time to pay,” he says.

The House has also just passed a stimulus bill to cushion the economic blow for workers. But those provisions may not be enough. “I felt like I was in a good position to help the community,” Rudy Gutierrez says. “I’ve committed to staying focused and finding our folks that need help. But I’m not sure how I’m going to pay rent next month. I have boys, and this is my first time where I feel like I don’t have an answer.” 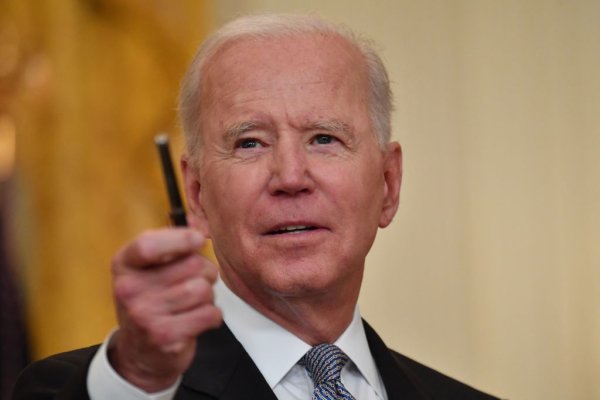