'It Nearly Brings Me to Tears.' 20 Years On, The Sims' Diehard Fans Could Never Let Go

The Sims 4
The Sims Studio/EA Maxis
By Matthew Gault

For two decades this year, fans of The Sims have been designing houses, raising families, and living entire lives within the confines of the irresistibly charming virtual world. Over the course of those 20 years, four mainline games, and dozens of spinoffs, The Sims has charmed millions of fans, made more than $5 billion, and even changed lives. That kind of staying power is rare in an industry that prizes novelty over stability, always chasing the newest trend.

Key to The Sims’ success, say the creative minds behind the series, are the millions of players who love the games, and their connection to the games’ creators. “The biggest piece of our legacy is our players,” says Mike Duke, senior producer of The Sims 4, the most recent incarnation. “They are what makes The Sims this magical place. They are the storytellers there.” Grant Rodiek, also a senior producer, adds that The Sims offers a kind of relaxing escapism that makes it appealing even to those who wouldn’t necessarily consider themselves gamers. “For a lot of people, this is a game they quietly play by themselves and pour themselves into on a weekend to destress and have a bit of fun on their terms,” he says.

The Sims was conceived of by game designer Will Wright, whose studio, Maxis, was a pioneer of simulators like SimCity. Wright wanted a form of SimCity but zoomed in at the level of domestic life, rather than SimCity’s top-down view of urban life. Players control the lives of little humans called, appropriately enough, Sims. Sims are just like us: they have hopes, dreams, jobs, and quirks. They need to eat, they need to use the bathroom, they age and die. They fall in and out of love, they catch their house on fire when they’re cooking, and they spend too much time watching TV. The Sims is an interactive dollhouse where the player has control over the environment, but the dolls have just enough autonomy to surprise players.

That captivating premise has long drawn in superfans like Kayla Sims, a 21-year-old who makes a living streaming her gameplay on Twitch and producing YouTube videos under the handle “lilsimsie.” The Sims, she says, “is much more than just a game to me.” (And yes, that’s her given name.)

In her most popular video, with more than 1.2 million views, Sims let a family of digital people run their own lives overnight. Without a player guiding the characters through their day, things went comically wrong. Family members didn’t shower. They forgot to pay their bills. They lounged around and made snowmen in the field around the house Sims designed. “No one is dead,” she says in the video after letting the game run on autopilot for 13 hours. “But some bad things have happened, including everything in my house having broken.”

Sims’ videos are generally light-hearted, though with a hint of darkness — after her experiment, she’s disappointed none of her Sims died and that the house didn’t catch fire. That mix of cute yet morbid is a defining feature of The Sims. It’s a world where disasters happen, but the player often has control over those calamities. And it’s that feeling of control that can make The Sims so appealing.

“The Sims has gotten me through some of the worst times of my life,” says Sims, who started playing when she was 12. “I used the game as an escape when I was a freshman in high school and my father was first diagnosed with cancer. It felt like everything in my real life was imploding, and The Sims was the perfect place to run away to.”

Both Rodiek and Duke say that The Sims’ in-game diversity has helped the series remain popular, too. When developer Maxis premiered the game at E3 in 1999, two female characters kissed during a live demo. This was well before same-sex relationships were widely portrayed, let alone accepted, in video games. “We try to do better at representing different aspects of the world in different cultures,” Rodiek says.

Sims says The Sims’ in-game diversity translates into a more diverse player community, contrasting with other gaming subcultures, some of which can be downright toxic. “Some communities surrounding games get bad reputations for being overly negative or toxic, but I think the nature of The Sims has fostered a friendly, loving, and accepting community,” she says. “It’s rare to find gaming communities that are dominated by women, but a large portion of the players of The Sims are girls.”

Duke also shared a story about a co-worker on the game who used it to find the courage to come out to his friends and family. “We hear stories like that all the time,” he says. He also says a group of Sims players reached out to thank the team for making interior design a career path in the game. “Playing that is what convinced them to go to architecture school in the first place,” he says.

“I think that the way our players add to the game allows every person to find their own passion,” Duke says. “And when you get that place where you’re passionate about what you’ve created, you share it. So the nature of that storytelling and the ability to share with others, I think, is what made The Sims captivate people for so long.”

For Sims’ part, she says the game has radically changed her life for the better. “It nearly brings me to tears thinking about how much this game means to me and has done for me over the years,” she says. “I do not know where I would be without this game and this community to turn to, and I am so lucky to have it.”

The original version of this story misstated Grant Rodiek’s last name and title. His last name is Rodiek, and he is a senior producer, not an associate producer. 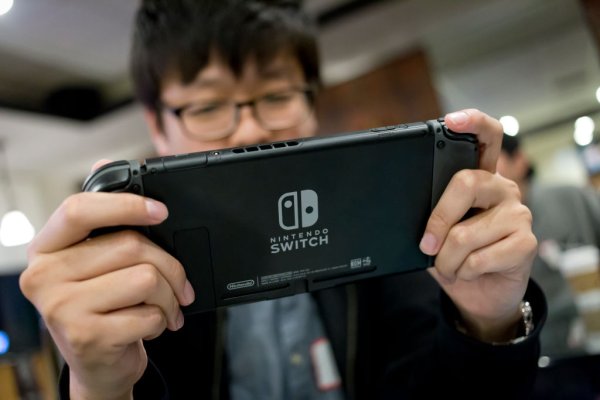 The Best Single-Player Video Games
Next Up: Editor's Pick