The True Story Behind the Netflix Movie Lost Girls

Lost Girls, a mystery film that arrives on Netflix on March 13, is a dramatized account of an unresolved true crime story about a serial killer on New York’s Long Island.

Based on a 2013 nonfiction book of the same name by Robert Kolker, the movie centers on Mari Gilbert, played by Amy Ryan, a single mother of three juggling multiple jobs whose daughter Shannan, an escort, goes missing after meeting with a client in the Oak Beach area of Long Island. During Mari’s search for Shannan, police discover the bodies of several women, most of whom are believed to be sex workers. Incensed at the way law enforcement ignores their cases, Mari take it upon herself to advocate for her daughter by joining the families of other missing and murdered sex workers and convincing police to investigate.

A heartbreaking story about one mother’s efforts to find answers about her child, and the community she builds along the way, Lost Girls is the narrative feature debut for director Liz Garbus, whose previous work has focused on documentaries. Her 2015 film What Happened, Miss Simone?, about the life of Nina Simone, earned an Oscar nomination.

Garbus says it was important to focus this story on the families of the murder victims, drawing out their relationships to their lost loved ones and portraying sex workers as three-dimensional people, especially because they are so often rendered in stereotypical terms and dismissed by authorities.

Here’s what to know about the true story behind Lost Girls.

Who was Shannan Gilbert and what happened after she disappeared?

An aspiring actor from Jersey City who had worked as an escort, Shannan Gilbert disappeared at the age of 24 on May 1, 2010, after seeing a client. A haunting recording of a 911 call made the day she disappeared reveals that she screamed, “They’re trying to kill me.” .

The search for Shannan initially led police to discover the bodies of four other women in December 2010. More remains were found in 2011, eventually leading to the discovery of at least six other people, many of whom were believed to be sex workers who had disappeared without explanation. Their bodies were found near Gilgo Beach on Long Island’s South Shore — discoveries that shocked local residents and the New York community at large. Police have said they suspect a single serial killer was responsible for their deaths.

Although Shannan’s remains were eventually discovered in a marsh near Gilgo Beach on Jones Beach Island on Dec. 13, 2011, police have said they don’t believe her death was linked to the others murdered by a serial killer, and that they suspect that she drowned. The Gilbert family did not agree with this assertion, and released an independent autopsy in 2016 that suggested Shannan could have been murdered.

Who was Mari Gilbert?

Amy Ryan’s Mari in Lost Girls is a complicated figure — a mother who loves and cares for her three daughters, even though she sometimes relies on them for money and emotional support. Hardworking, angry and determined to find answers, Mari becomes the de facto leader of the families who come together in the wake of their relatives’ disappearance and the discovery of their remains. All feel ignored and demoralized by the lack of effort from police. But Mari’s anger pushes authorities to act, even though it takes several months for them to locate Shannan’s remains.

In real life, Mari Gilbert, a mother to four daughters, became a fierce advocate for murder victims in the wake of her daughter’s disappearance. Her own attempt to find Shannan led to the discovery of several others. Mari, who reportedly suffered from mental illness, struggled to get help for Shannan and at least one of her other daughters as they dealt with their own mental health issues, according to Garbus and other reports. The daughters grew up going in and out of foster care, which is referenced in the film, specifically when it comes to Mari’s treatment of Shannan.

Garbus, a mother herself, says she understands the struggles Mari must have faced in trying to get her children the right care in a system that often overlooks people of lesser means, particularly those with mental health issues.

“To grapple with mental illness and not being able to get help for it, and then to have that child go missing and become a murder victim, the enormous guilt you feel,” she says. “The agony of not being able to help or find a solution — that pain is very real.”

In 2016, about six years after Shannan disappeared, Mari Gilbert was murdered by one of her daughters, Sarra Gilbert, who suffered from schizophrenia. Sarra Gilbert was found guilty of murdering her mother and prosecutors said she stabbed Mari and hit her over the head with a fire extinguisher. Sarra Gilbert was sentenced to 25 years in prison in 2017.

Where does the Long Island serial killer case stand now?

As a film, Lost Girls doesn’t attempt to solve an unresolved mystery. Although it’s been nearly 10 years since Shannan went missing, authorities still have not caught the killer (or potentially multiple killers) responsible for the deaths of so many women. In January 2020, Suffolk County police released a photograph of a black leather belt that is believed to have been “handled” by a suspect in the murders. Authorities did not elaborate on the possible connection or share who the suspect was.

Of the remains that were found following Shannan’s disappearance, only six of the 10 bodies were identified. Police continue to believe that Shannan’s death was not connected to the serial killer, saying it “doesn’t match the pattern of the Gilgo Beach murders,” though her death is still part of the investigation.

Very little is known about the possible suspect behind the murders, and authorities have debated whether the homicides were carried out by one person or multiple people. Lost Girls does not dwell as much on the mystery that remains to this day, preferring instead to explore how the systems that are supposed to protect people often end up neglecting those most in need. Garbus, recognizing the movie does not have a tidy ending, says it’s more about how a person can survive a devastating tragedy.

“In terms of forgiving yourself and accepting yourself as a good mother, that you can move forward and parent the child you do have,” she says, “that was the resolution I found for Mari in this story.” 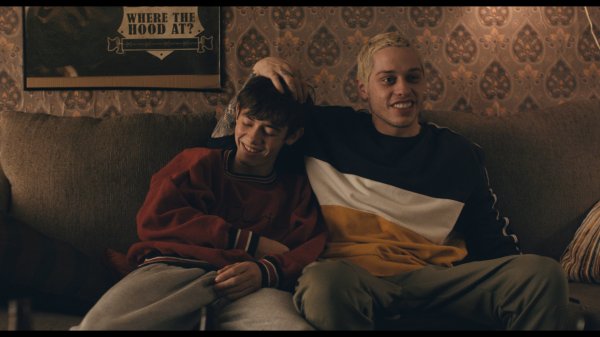