President Donald Trump announced on Wednesday night that travel from Europe to the U.S. will be largely suspended for 30 days starting Friday in an effort to curb the spread of the novel coronavirus. But public health experts say the travel ban — which does not apply to American citizens or permanent legal residents and their families — is unlikely to stop the spread of the novel coronavirus that causes COVID-19 in the U.S.

“This is the most aggressive and comprehensive effort to confront a foreign virus in modern history,” Trump said in his nationwide address just hours after the World Health Organization’s (WHO) announcement that coronavirus is now a pandemic. “I will always put the wellbeing of America first.”

Under the new regulation, all 26 countries in the Schengen area are subject to the same restrictions, despite great variation in the number of cases amongst European countries. The ban also does not apply to the United Kingdom, which has more cases than many European countries, raising questions about how the U.S. government went about deciding what nations would and would not be banned.

But public health experts warn that even with the travel ban, the virus will still spread. And travel bans risk discouraging people from disclosing their previous countries of travel. The WHO says that denying entry to passengers arriving from affected countries are “usually not effective in preventing the importation of cases but may have significant economic and social impact.”

“We’ve known from the start that travel bans are not effective,” Paul Hunter, a professor in medicine at the University of East Anglia told TIME. “I don’t think there is any scientific justification for them and I don’t think it will reduce the disease burden in the U.S.”

While Francois Balloux, a professor of computational systems biology at University College London tells TIME that travel bans can be effective, that’s only when there’s no local person-to-person transmission already in place. The U.S. has at least 1, 323 cases in 38 states, which experts say make the proliferation of the virus inevitable

“The U.S. has more cases than some of the countries they are banning,” Balloux says, noting that the ban is “completely ridiculous.”

While Trump has promised to make health services and testing more readily available, there have been widespread reports of people struggling to get tested. Experts say it is likely that many cases in the U.S. have already gone undetected. “I think it’s likely, though not for certain, that the American estimates are lower than the actual disease burden,” Hunter says. He adds, “the U.S. problem is not anymore about trying to reduce virus importation. It’s about how on earth are you going to manage the spread within your population.”

Meanwhile, the ban has already taken an economic toll on the global economy. After Trump’s announcement, U.S. stocks fell by 8% this morning while European shares tumbled. Public health experts warn that an economic downturn will negatively affect the ability for countries to respond to the pandemic, noting that a strong Gross Domestic Product (GDP) is closely correlated with good health outcomes and longer life expectancy.

“I really resent this idea that there is a trade of between managing epidemics and paying economic costs,” Balloux says. “That is a misunderstanding: if you want to save lives, you have to keep the economy afloat.”

The U.S. government’s drastic measures have elicited condemnation by European politicians, who were reportedly not given forewarning of the travel ban.

In a statement, the European Commission, the governing body of the European Union said, “the coronavirus is a global crisis, not limited to any continent and it requires cooperation rather than unilateral action,” adding, “the European Union disapproves of the fact that the U.S. decision to impose a travel ban was taken unilaterally and without consultation.”

Experts say that in the case of a pandemic, which necessitates global cooperation, nationalist approaches to governing can be dangerous to disease prevention and response. “If you antagonize your key partners, you send a signal that there is no global coordination response,” Baloux says.

Rather than a travel ban, experts say the U.S. government should be focussing its energy on providing adequate testing and care for its citizens. Unlike most European countries, the U.S. does not have universal health care or paid sick leaving, increasing the likelihood that people will not get tested and go to work infected, further spreading the disease. “If you have a system where a large portion of the population cannot be tested because of the costs involved, Hunter says, “then you are never going to control this.” 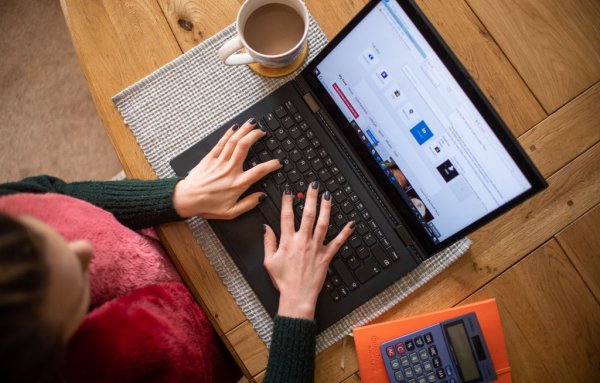 5 Tips for Staying Productive and Mentally Healthy While You're Working From Home
Next Up: Editor's Pick