Until two weeks ago, Leonardo Bruti Liberati’s weekdays consisted of racing to school in Milan, and after class, to his piano lessons, Boy Scouts sessions, rock climbing and swimming. In late March, he was meant to travel to the United Nations in New York, with teenagers from across the world, to participate in the Model U.N. session for youth.

Then in late February his life was drastically upturned, along with millions of others, when Italy’s government put the north of the country on lockdown in an effort to contain the spread of the COVID-19 virus. On Sunday, Italy extended the lockdown to the entire country, shutting all schools and severely restricting the movements of some 60 million people—the biggest quarantine outside China since the coronavirus crisis erupted in January. As of Wednesday, 631 people had died of the virus in Italy.

Now, the 16-year-old is confined to his three-bedroom family apartment in Milan. Yet while his private school, Famiglia e Scuola, is shut, classes still continue under quarantine, in an ongoing experiment in remote learning.

On Wednesday, Leonardo let TIME watch how the quarantine schooling works, as students logged into Google Hangout to attend their regular morning class in Ancient Greek. For Leonardo, it was a welcome chance to see his friends, from whom he has been isolated for weeks. One hitch: The teachers have bluntly told him that his adored golden retriever, Dag II, is no longer welcome to sit on his lap during lessons.

The classes are a distraction from the more serious concerns about the outbreak. “I worry about my grandmother,” Leonardo says. “She is 101.”

But there are many other daily complications too to life under quarantine — it has taken days to find a clinic still open and capable of attending to Leonardo’s brother Frederico, 12, who broke his hand while skiing last month, during the glorious days before the virus hit Italy.

The family also needed to find an open clinic capable of extracting a ball from Dag II’s stomach — the hound swallowed one during a rare walk in the park. 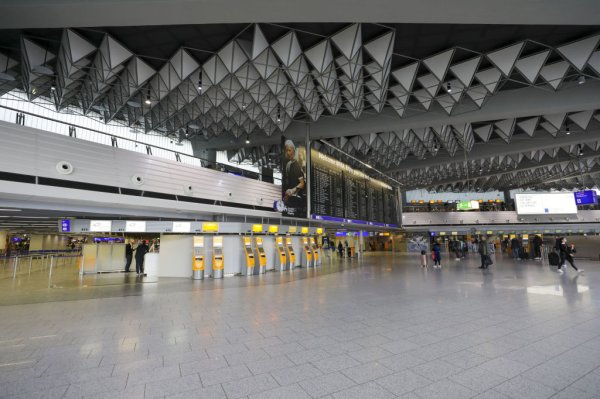 Why Public Health Experts Say Trump's Travel Ban Won't Curb the Spread of COVID-19 in the U.S.
Next Up: Editor's Pick