Why Are So Many Politicians Testing Positive With COVID-19?

Among the 121,061 to have been infected by the COVID-19 virus so far, one class of notable people appear to have been affected more than others — politicians.

“There are far more politicians who have been infected than you would have by statistical chance,” Francois Balloux, a professor of computational systems biology at University College London tells TIME. “Politicians are over-represented in the number of people who have been diagnosed.”

In Iran and across Europe, several high profile politicians have revealed they are battling the novel coronavirus.

Iraj Harirchi, the head of the Iranian counter-coronavirus task force, was diagnosed on Feb. 25 after downplaying the severity of the outbreak. A further 20 Iranian lawmakers have since been infected and isolated, and at least two have died. The head of Iran’s crisis management organization Esmail Najjar has also been placed in isolation after contracting COVID-19.

In Europe, senior politicians in France, the U.K., Spain and Italy are among those infected. The French Culture Minister Franck Riester tested positive on March 9, the ministry said, noting that Riester had been at the National Assembly where 5 people were found to have the virus. Nadine Dorries, a United Kingdom Health Minister also tested positive with the virus this week. Before falling ill, she interacted with Prime Minister Boris Johnson as well as other prominent politicians. In neighboring Spain, Javier Ortega Smith, a secretary general of the far-right Vox party has also been infected with the virus and is calling for the closure of Spain’s Congress of Deputies.

In Italy, which has witnessed the highest number of deaths and cases outside of China, the leader of the Italian Democratic Party Nicola Zingaretti announced in a Facebook video that he too has contracted the virus. “Well, it’s arrived,” Zingaretti said in a video posted on March 7. “I also have coronavirus.”

There are several potential explanations for why politicians are testing positive with COVID-19 at higher rates than the general population, experts say. “Politicians are in contact with many many people, probably more than the average person,” Balloux says. “They are always shaking hands and always meeting people. That might explain it.”

Politicians may also be more likely to get tested for coronavirus quickly, compared to the average citizen. While a non-politician will call a coronavirus hotline when they begin showing symptoms, “politicians get tested right away,” Balloux says, adding that “anyone else with similar symptoms and no travel history would not be tested.”

Politicians also tend to be older than the median age, and consequently likelier to be susceptible to catching the virus.

While politicians are facing above-average rates of coronavirus, many political establishments worldwide have not closed, further proliferating the spread of the virus. While politicians from Mongolia to Scotland have self-isolated after being exposed to COVID-19, other politicians such as President Donald Trump have not — despite having come into contact with colleagues who are now self-quarantining.

“If this was a school or university, there would be no hesitation to close,” Balloux says. “It’s ironic that the people creating the guidelines aren’t following them.” 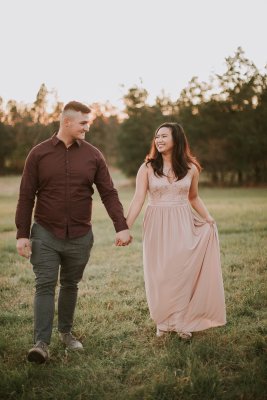