18 Shot, 1 Dead in Ohio After Clash at a Party Attended by Motorcycle Clubs: Police

At least one person is dead and 17 others were injured in a shooting at a party in Cleveland, Ohio, on Saturday evening, police said.

The shooting occurred after a fight broke out at a gathering attended by multiple motorcycle clubs at 3804 E. 93 St. in Cleveland, Sgt. Jennifer Ciaccia told TIME in a statement. Several people were thrown out, but they came back and started firing on the party. Some partygoers then returned fire, according to the statement. Police were called to the scene at around 11:30 p.m.

A total of 18 people were wounded and a 48-year-old man was killed, Ciaccia confirmed. The victims were both male and female, and they suffered a range of serious and minor injuries, Ciaccia said. Some of the victims transported themselves to local hospitals in private vehicles.

“We have numerous victims all over the place, so there’s plenty of ambulances and EMS workers,” Brandon Kutz, commander of the fourth Cleveland police district, told local reporters. Kutz said that the victims were being treated at four to six different hospitals.

Multiple shooters are believed to have been involved, and the incident is still under investigation, Ciaccia said. 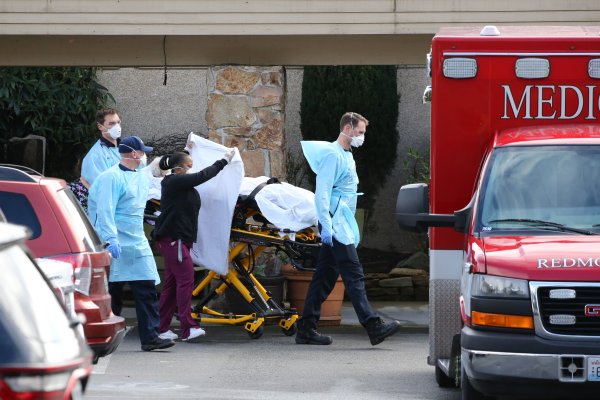 Anger and Worry at Nursing Homes as Coronavirus Spreads
Next Up: Editor's Pick