This Democratic Primary Rule Made Elizabeth Warren's Revival All But Impossible

In the end, the most anticipated political drama of early 2020 finished at intermission. Senator Elizabeth Warren’s decision to wrap up her campaign Thursday marked the official end to the prospect, so plausible just a month ago, of a bitterly fought Democratic primary that may not have been resolved until July’s convention in Milwaukee.

Warren departed the race in third place, with 64 of the available 3,979 pledged delegates. Warren’s haul is barely a tenth of former Vice President Joe Biden’s 626, and also trails Senator Bernie Sanders’ 550. Candidates need a majority of pledged delegates (or at least 1,991) to win the Democratic Party’s nomination on the first ballot. While Warren’s once-ascendant campaign was low on gas for a variety of reasons, her performance was also severely watered down by a rule designed to prevent campaigns with small but significant support, like hers, from gaining a foothold.

Under rule 14.B of the Democratic National Committee’s delegate selection plan, candidates cannot be awarded delegates if they secure less than 15% of the vote in a given primary. This rule, which was also in place four years ago, applies to both statewide at-large delegates and those in individual districts.

Were that threshold to be reduced to 1% (essentially eliminating it), then, by TIME’s calculation of Associated Press voting data, Warren would have come out of Super Tuesday with 181 delegates, or nearly triple her actual result. Biden would still be in the lead, but only with 501 — a figure that better aligns, mathematically speaking, with the fact that he has only received 35% of all votes. Former New York City Mayor Michael Bloomberg would have benefitted, too, with his 55 delegates growing to 188. Numbers like those might have convinced Warren (or Bloomberg) to stay in the race, reshaping the contours of the primary moving forward.

The following chart shows how many delegates each candidate would have won or lost so far under this alternate 1% scenario. These figures are mild estimates because they are based on the statewide delegate totals, as the available data is still incomplete for the districts in many states. It’s unlikely that the values would shift significantly if one could apply a 1% rule at this granular level, where a given district typically has a small number of delegates.

The Democratic Party’s nominating process is not over. But voters are now limited to only two viable candidates: former Vice President Joe Biden and Senator Bernie Sanders. That dramatically increases the odds that one of those two men will secure a majority of all pledged delegates before the convention, or at least come close enough to be the undisputed nominee with a high plurality. Which scenario pans out depends entirely on whether Biden and Sanders remain in close competition — it’s possible that the fairly small number of delegates that have gone to other candidates could be the mathematical factor preventing both Biden and Sanders from reaching the 1,991 threshold.

The argument in favor of a 15% cutoff is simple: the sooner a contest is reduced to two major candidates, the less likely it is that there will be any plausible challenger at the convention. The Democratic Party has essentially decided that fewer choices are better if it reduces the odds of any suspense by the summer. Nudging out candidates on the cusp of viability like Warren dramatically reduces the odds of a brokered convention, a scenario in which no candidate reaches the critical 1,991 threshold by Milwaukee. That could trigger a potentially ugly nomination battle that many Democrats view as potentially catastrophic for both the party’s image and its prospects of presenting a unified front against President Donald Trump in November.

But on the face of it, rule 14.B seems to disenfranchise many voters. Of the 13.7 million votes cast in the Democratic primaries thus far, not including the Iowa and Nevada caucuses, TIME estimates that more than 354,000 went to candidates who did not meet the 15% threshold. Primary voters who picked a candidate who didn’t reach the 15% threshold don’t get to make a second choice, meaning they effectively don’t get to contribute to a viable candidate’s delegate count. It’s not unlike how a vote in the general election for a candidate who doesn’t win a given voter’s state is effectively meaningless in terms of the Electoral College.

As many have bemoaned over the years, the exact same dilemma plays out on a national level thanks to the Electoral College, which is designed to accommodate only two major contenders, even though the Constitution makes no mention of political parties. Because a candidate cannot win without a majority of electors, regardless of the number of candidates, most voters coalesce around one of two contenders. This may seem like an unavoidable consequence of democracy: When the majority rules, coalitions are forced to come together to represent half of the voting population. Curiously, “majority rule” is not synonymous with Democracy, though the two almost always go hand-in-hand. (Deeply divided political environments have occasionally tried a “consociationalist” approach that aspires for consensus over a unified majority.)

Were party leaders to entertain the notion that a brokered convention is not the worst conclusion to a nominating process with many candidates, each with their cadre of devoted supporters, a tremendous number of voters could pick the candidate they most preferred. In the meantime, the purpose of the conventions largely remain a contest in who can construct the quirkiest hat. 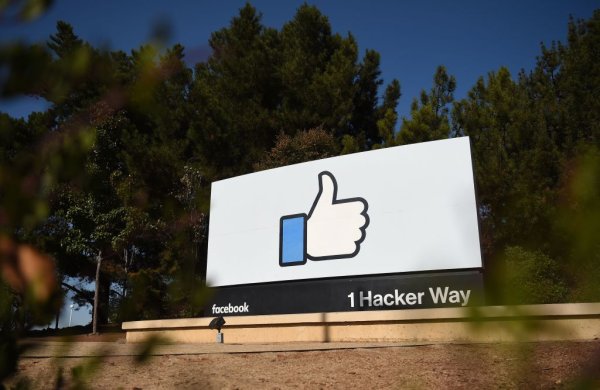