In London, the ghosts of history are never far away. The past lies close to the surface of its narrow streets and the walls of its churches. At Gray’s Inn, the cluster of stately brick buildings where lawyers have studied and practiced for over 600 years, it occasionally pierces through into the present.

Hilary Mantel would know. The author has spent the past 15 years imagining the people who occupied the city’s historic haunts for her epic Wolf Hall trilogy, a fictionalization of the life of Thomas Cromwell, aide to King Henry VIII. Mantel will complete her series with the feverishly awaited publication of The Mirror and the Light on March 10. The third installment is even more epic in scale than its predecessors—a sweeping narrative encompassing four years of royal births, marriages and deaths, rebellions against the throne and diplomatic dealings between England and Europe.

After gently dismissing her husband to a nearby coffee shop, Mantel settles at a polished oak table in the Bencher’s Library at Gray’s Inn. She suggested we meet here, where Cromwell, a low-born blacksmith’s son who became one of England’s most powerful men, studied to be a lawyer before serving the king. She’s bored of setting conversations against the backdrop of the more famous Tower of London, just a couple of miles away. The tower is cold and crowded, she says, but the library is warm and quiet, its stone-arched windows a reminder of its distant past. Cromwell lived just around the corner, and there’s a portrait of him hanging here that Mantel describes as a “terrible” reproduction of the famous Holbein portrait made during his lifetime. “They used to keep it in the cellars, but then when he got famous, so to speak, they brought it up again,” she says.

Cromwell’s 21st century fame is almost entirely due to Mantel, 67, who made him the hero of her 2009 novel Wolf Hall—a fictional retelling of Henry’s decision to break the English church from Rome, a period known as the Reformation, and the unprecedented annulment of his first marriage. The book became a critical and cultural sensation, along with its 2012 sequel Bring Up the Bodies, which focused on Cromwell’s role in the fall of Henry’s second wife Anne Boleyn. Each won the Booker Prize, making Mantel the first woman to win the award twice, and together they were adapted into a TV series starring Mark Rylance and Damian Lewis, as well as a West End and Broadway show. As Cromwell has grown in the public’s esteem, so has Mantel; in 2014, she was ennobled by the Queen who now sits on Henry’s throne, entitled to call herself Dame Hilary.

Mantel’s fullest achievement in the trilogy is the character of Cromwell himself, a brilliant strategist whose mean and sometimes brutish upbringing informs his understanding and manipulation of power. He knows when to speak softly, and he knows when to wield a big stick. But the rough-hewn Cromwell of the novels is far removed from the writer who resurrected him from obscurity. Mantel carries herself with a delicate bearing and admits she found it “quite hard to bear” speculation in the tabloids that she might have had writer’s block as readers awaited the final book (she points blame at the dense history she had to cover).

Mantel speaks in precise paragraphs in a distinctive, lilting soprano register. “He has this huge appetite for life and if you insult him he laughs it off,” she says of her subject. “That kind of character fascinates me, that imperviousness, as someone with several fewer skins.”

At such a contentious moment in the U.K., it’s tempting to look to Mantel for lessons from the past. But the author disdains parallels between her novels and contemporary politics. “People are constantly asking me if the Reformation is like Brexit,” she says, dryly, “and the answer is no.” And don’t look to her studies of Henry to yield any insights the Windsors could put to use. The current royals are less like the Tudors and more like the Victorians, Mantel says: driven to construct an image of an ideal family, one which has “severely crumbled” over the past two decades.

Even so, something about the scenes of Cromwell and his rivals competing to win the favors of a mercurial king do call to mind the Trump White House. Mantel maintains that the U.S. president is nothing like the Tudor king, in her conception. “Henry’s enraptured by his role, but at the same time he has serious doubts both about the nature of kingship and himself as a person. So I think he’s got a rather different character,” she says. However, she adds, Cromwell’s ability to rise above the fray would equip him well for today’s noisy politics. “He’s one of those men who doesn’t regret, doesn’t retrospect, it’s always next thing, next thing,” she says. “He wouldn’t be knocked off course by Twitter storms.”

Eventually, Cromwell’s ability to stay ahead of his enemies and on the right side of his king falters, and—spoiler alert, if it’s possible to spoil historical record several centuries old—he’s condemned to die in the Tower of London. The short chapter that concludes the novel follows Cromwell right up to the executioner’s block, a section Mantel says she first wrote soon after starting work on Wolf Hall. That book begins with Cromwell as a young man seeing his blood on cobblestones, believing he’s about to die. “Obviously that’s where you’re going to end, except the years have passed,” she says. She wrote and rewrote his death scene several times to get the tone right, storing options in a filing cabinet for 15 years until she pulled them back out to configure the final version.

Having already sealed Cromwell’s fate on the page helped mitigate any qualms she might have had about killing off her beloved character, whose ghost she has lived with for so long. “There was a great calmness about writing the end, there was no emotional upheaval about it because I’d done it years previously,” she says. And besides, Mantel will resurrect him once again for the stage in a theatrical adaptation of The Mirror and the Light, which she’s currently writing, and—she hopes—another season of Wolf Hall for television.

In the meantime, Mantel has set to work raising another of England’s ghosts, though a more recent one—that of the late Prime Minister Margaret Thatcher, whose legacy of free market reforms and deindustrialization still polarizes British society. Mantel is adapting for the stage her controversial short story, published in the Guardian in 2014, which imagined the assassination of the “Iron Lady” in 1983. She is no fan of Thatcher’s politics, but says the late prime minister shares that essential confidence with Cromwell. “They’re people who can focus and narrow their retention, and shrug off opposition,” she says. “You don’t imagine her going home and brooding over her mistakes.” 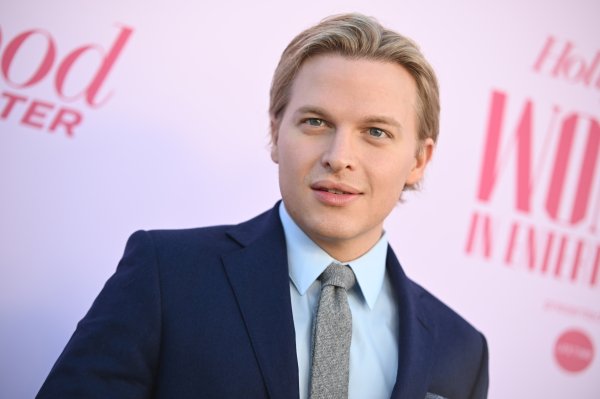 Ronan Farrow Cuts Ties With Publisher Over His Father Memoir
Next Up: Editor's Pick