The Democratic Party Destroyed Its Own Chances in 1972. Today's Democrats Could Learn From That Year’s Mistakes

In retrospect, Richard Nixon was certain to win re-election in 1972. The economy was recovering from a recession during his first two years in office, he had wound down the Vietnam War, and his trips to Beijing and Moscow, transforming and defusing the Cold War, were enormously popular. Yet he also owed his landslide margin of victory to Democratic disarray.

The story of the Democratic nomination in 1972, when a left-wing Democrat popular among youth won the battle but lost the war, has lessons for the parallel struggle that the Democrats are fighting out this year. Joe Biden’s Super Tuesday victories have created what is effectively a two-way race between him and Bernie Sanders, as well as the possibility that neither of them would arrive at the Democratic National Convention with enough delegates to cinch the nomination. As some in the party look ahead to a possible contested convention, the lessons of 1972 become even more important.

The Democratic Party in 1972—like its Republican counterpart—still spanned a very wide range of opinion, with candidates to match. In the center were old-style liberal Democrats like former Vice President and 1968 candidate Hubert Humphrey, Senator Edmund Muskie of Maine and Henry M. Jackson of Washington. They had all grown up as New Dealers and had strongly supported civil rights and the Great Society, but they had been very slow to oppose the Vietnam War, if indeed they opposed it at all. On the right, the party included a strong southern faction that had opposed all the major gains of the civil rights movement in the 1960s; Governor George Wallace of Alabama, who had carried four southern states as an independent in 1968, was now running as a Democrat. On the left, George McGovern of South Dakota, a typical liberal on domestic issues, had been one of the party’s first opponents of the Vietnam War, and had entered the 1968 race as a proxy for Robert Kennedy after Kennedy’s assassination in California. McGovern had also been appointed in 1968 to head a party commission to democratize the selection process for the next Democratic nominee—a reaction to the 1968 race, in which Hubert Humphrey had become the last man in modern political history to win his party’s nomination without even entering a single primary.

Although McGovern himself was a classic Midwestern American of perfectly regular habits, he, like Bernie Sanders today, was a favorite of younger voters. His uncompromising opposition to the Vietnam war and his pledges to cut defense spending in general appealed to young Boomers. On the other hand, although he had always been a friend to labor, his anti-war stance and cultural issues earned him the opposition of George Meany of the AFL-CIO.

Muskie, who had made an excellent impression as a vice-presidential candidate in 1968, began the race as the front-runner, but he won neighboring New Hampshire by a surprisingly small margin against McGovern, and then lost badly to Wallace in Florida. McGovern meanwhile started a string of victories in Wisconsin, and eventually added Nebraska, Massachusetts, Oregon, Rhode Island New Jersey, New Mexico, his own state of South Dakota and California, while doing well in many state conventions as well. California had always run a winner-take-all primary, and its 271 delegates got McGovern well into the lead and on the way to the 1,509 he would need for the nomination. (Wallace, meanwhile, won Maryland and Michigan, where school busing was a huge issue, but his candidacy became a symbolic one when he was shot and paralyzed at a campaign rally in Maryland.)

Hubert Humphrey—despite having worked with McGovern on many issues—was not willing to see the nomination go to McGovern, whom the establishment now viewed as a hopeless radical. On the eve of the convention, the party’s Credentials Committee, where pro-Humphrey forces had a majority, declared the winner-take-all California primary unlawful under the new party rules, and awarded Humphrey a proportional share of delegates, reducing McGovern’s total by 151.

The issue promptly went into the federal courts, and the Supreme Court ultimately tossed it back to the Democratic convention itself. McGovern supporters began arguing loudly that the party would be irretrievably split and stand no chance against Nixon in November if the regulars denied their man the nomination. Meanwhile, regulars opined “that a McGovern nomination would mean a November defeat of Goldwater proportions, a debacle that might cost the party scores of state offices round the nation as well as control of the U.S. Congress.” Sound familiar?

When the convention finally arrived, the McGovern delegates shrewdly outmaneuvered the opposition, managing to secure a vote on the question of California’s delegates in a favorable context, and easily won the vote and the ballot for the nomination that followed.

McGovern, however, had won a Pyrrhic victory. Overplaying their hand, the McGovern forces also threw out Mayor Richard Daley of Chicago’s Illinois delegation for violating the new rules, thus forfeiting his support in November. And preoccupied by the convention proceedings, McGovern’s team chose a running mate at the last minute; the choice of Thomas Eagleton proved disastrous when he revealed that he had had electroshock treatments for depression, and McGovern dropped him. The campaign never recovered, and Richard Nixon carried every state but Massachusetts and the District of Colombia.

Nonetheless, however, the Democrats held on to their solid majorities in the House and Senate—suggesting that, had McGovern been able to run a respectable campaign with a united party behind him, he could have done well enough to have become an overwhelming favorite in 1976, after the Watergate scandal drove Nixon from office. As it was, his career as a national figure was over.

This year’s Democratic race has a long way to go. Joe Biden has now established himself as the favorite, but it is still quite possible that he will reach the convention with only a plurality of delegates. Bernie Sanders, meanwhile, was the only candidate who, at the primary debate in Nevada, indicated that he would prefer to give the nomination to the person with the most votes, rather than following the convention process to reach a decision in such a situation. But whatever the outcome of the floor fight, both sides have an enormous interest in deciding it fairly and according to procedures that both sides accept—and with the added proviso that all will unite behind the nominee.

Donald Trump, unlike Richard Nixon, is far from certain of re-election. He trails both Biden and Sanders in many national polls, and should be vulnerable to any consensus Democratic candidate. But in order to win, the Democratic Party, this time, has to choose its nominee without dividing itself and destroying its chances. 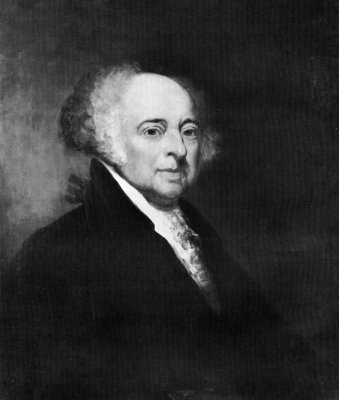