Millions of investors have heard the same two pieces of retirement advice: your portfolio should be split 60/40 between stocks and bonds, and you should plan on withdrawing no more than 4% of your savings annually after leaving work.

Following those rules may have been wise in the past, but experts say they don’t hold up in today’s world of staggeringly low interest rates. And with the Federal Reserve’s March 3 announcement that it was cutting rates even further amid fears of the coronavirus outbreak’s economic impact, it’s clear that the situation isn’t likely to change anytime soon. It’s time, then, to rethink these old guidelines.

First, there’s the 60/40 rule, which is meant to balance the long-term growth of stocks with the relative safety of bonds. But analysts warn that at low or even negative rates, bonds can’t offer steady interest income that can offset stock declines during bear markets. Furthermore, this guideline came about when stocks and bonds were negatively correlated–returns from stocks went up as those from bonds went down, and vice versa. But lately they tend to move in tandem, so it makes less sense to pair them. Morgan Stanley recently gave a “sobering” outlook for 60/40 portfolios, predicting annual returns of 4.1% over the next decade, only half the rule’s average performance. A Bank of America report said this asset mix “may have thrived in the 2000s and 2010s but won’t survive the 2020s.”

Ditching the 60/40 rule doesn’t have to mean shifting money into today’s volatile stock market. Alternatives include investment-grade U.S. corporate bonds or emerging market bonds, both of which can offer higher yields than U.S. Treasuries. “You can generate a greater level of yield if you diversify your fixed-income investments,” says Tracie McMillion, head of global asset allocation strategy at the Wells Fargo Investment Institute. However, some experts say the 60/40 rule can still hold up for investors with a decade or more before retirement.

Meanwhile, the 4% rule is meant to give investors a sense of how much they need to save for retirement. A person following it who has put away $1 million, for example, should anticipate withdrawing no more than $40,000 a year, adjusting for inflation. A landmark study found investors following this rule had a 95% chance that their savings would last for 30 years.

But the 10-year U.S. Treasury yield, considered the global benchmark, was much higher when the study was conducted in the 1990s, at around 5% to 6%. Following the Fed’s rate cuts, it dropped below 1% for the first time ever. Rates that low, plus lengthening U.S. life expectancies, mean that modern investors following the 4% rule have a 1-in-3 chance of running out of money. “It’s really tough right now,” says Wade Pfau, a professor at the American College of Financial Services. He says today’s investors should expect to withdraw no more than 3% a year in retirement. With inflation running near 2.5%, that leaves very little in real returns.

Some experts say it’s wise to avoid catchall retirement advice in the first place. “These rules are simple and therefore popular, but perhaps overly simplistic,” says Anil Suri, a managing director at Bank of America’s investment solutions group. Instead, investors should create a personalized financial plan and keep it updated as market forces change.

For investors who find they are falling behind, there are several ways to catch up, though none are easy. They can choose to work longer, which adds to earnings and shortens retirement. They can spend less. Or they can seek out higher returns through riskier assets. The last option may seem appealing, but it carries the risk of losing even more should global stock markets plummet.

To guard against a potential downturn, McMillion says investors should keep 12 to 18 months’ worth of expenses in cash. Pfau also suggests supplementing underperforming bonds with investments in annuities, which can guarantee steady lifetime income but can involve complex structures and fees.

The shocking effect that years of low interest rates are having on retirement portfolios may wind up being just the wake-up call investors need. After a decade of economic growth, many have lapsed into a complacent “set it and forget it” mentality. But while on the road to retirement, it’s never a good idea to fall asleep at the wheel. 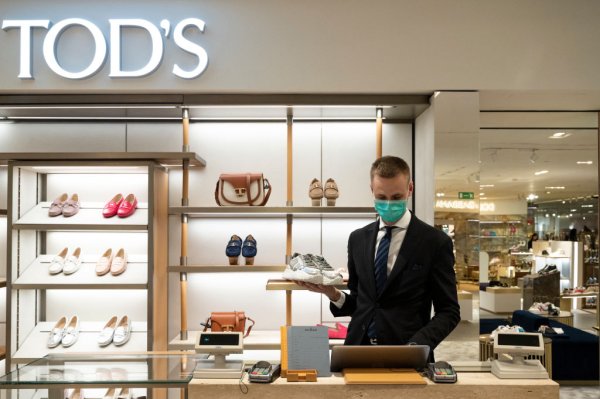 How the Coronavirus' Effect on the Fashion Industry Reveals Flaws in the Global Economy
Next Up: Editor's Pick