James Lipton guest-stars as himself in the "Goodbye" season finale episode of GLEE airing May 22, 2012
FOX Image Collection/Getty Images
By Ellen Burstyn

When James Lipton, who died March 2 at 93, first came to the writer-directors unit at the Actors Studio, I knew who he was from his 1968 book, An Exaltation of Larks. What I didn’t know was that he was not only a writer but also an actor and a producer and a director. I was very impressed with all his accomplishments in so many different areas.

This was soon after the death in 1982 of Lee Strasberg, who was head of the studio, and we had to take over the responsibility of keeping the Actors Studio going. We invited Jim to be on the board, and he suggested the idea that we develop a master’s-degree program, so we’d have a workshop for professional actors but also a school that trains the new generation. Jim became the dean of the school, and then we designed a master class where members of the studio, like Al Pacino and Paul Newman, would come in and be interviewed by Jim for the students. Then Jim said, “You know, we really should tape this.” And that became Inside the Actors Studio.

I’ve never known anybody who did so many things in so many different directions so well. I was most shocked when he turned out to be an expert horseman! And he was very amusing with a great sense of humor, so he was quite a spectacular person to know and to work with all these years. We are all going to miss him desperately. 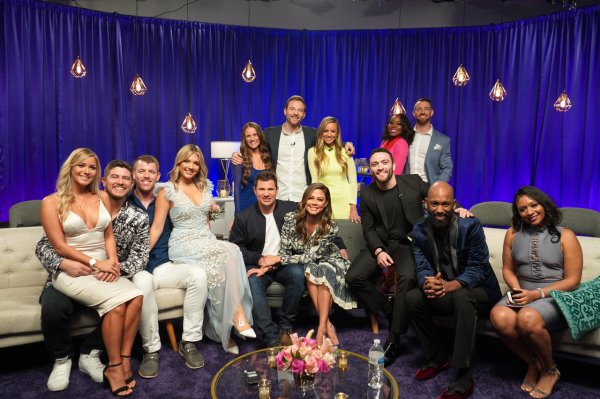 Giannina from 'Love Is Blind' Shares the Rest of Her Story
Next Up: Editor's Pick